‘Renaulution’ business revival strategy has French major see strong potential in India but is cautious of potential risks. It is also studying the plan to “renew” its flagship SUV, Duster. 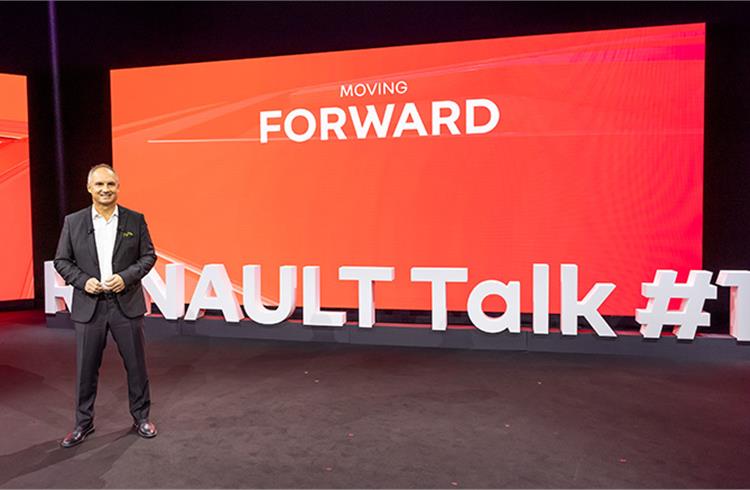 Powered by a refreshed portfolio of models, Renault is gradually on the rise in India. Its 4 percent market share, at the end of March 2021, isn’t hugely impressive but it puts the French carmaker in the lead among all European OEMs in India.

However, Renault isn’t ready to go on overdrive with expansion in India. It’s taking a cautious approach in India, a highly promising but extremely tough market. “Regarding India, I think we have to work step by step,” says Fabrice Cambolive, SVP – Renault Brand, Sales & Operations, Groupe Renault.

Cambolive counts India as among the markets where Renault has a “strong potential”. The others being Brazil, Russia, and Turkey. As someone who closely follows the Indian market, he also understands the risks in this value conscious, highly competitive market. With a reworked, refreshed model line-up, starting with the face-lifted Kwid hatchback at the entry-level, Renault has gradually managed to increase its customer base in India, which stands at over 600,000 now. Its newest model, Kiger, launched in February, is delivering “both in terms of the number of customers choosing it, and in terms of profitability”, says Cambolive. However, even as SUVs are driving the Indian PV market, Renault is yet to take a call on “renewing” its flagship model, the Duster.  “Depending on the success and depending on our capacity to address our risk from the market we will study the renewal of Duster,” says Cambolive in a response to a query from Autocar Professional, at Renault’s ‘Talk #1’ event on Thursday.

Value-focused approach
In an increasingly disruptive automotive industry, and uncertainties in the economic environment, Renault is looking at a value-focused approach instead of aggressive sales growth for a sustainable future. As part of that strategy, it’s betting highly on electrification with its ‘E-Tech’ fully electric, and hybrid solutions. Some of its may find their way into India later, but for that to happen Renault India will need to pave the way with sustained success.

Under the ‘Renaultion’ business plan, Renault has set a target for each of its subsidiaries outside Europe to turn profitable by 2023. Renault India had earlier told Autocar Professional that it will meet that target, with a little margin perhaps. “Up to now it’s working and that’s why if it works we can see a future. But, let’s do that step by step with control in terms of risk,” says Cambolive.

Renault is “refocusing” on how to run its business, with a “small number of priorities”. According to Cambolive, at the end of April, Renault’s top ten markets were equally split between Europe and the rest of the world.