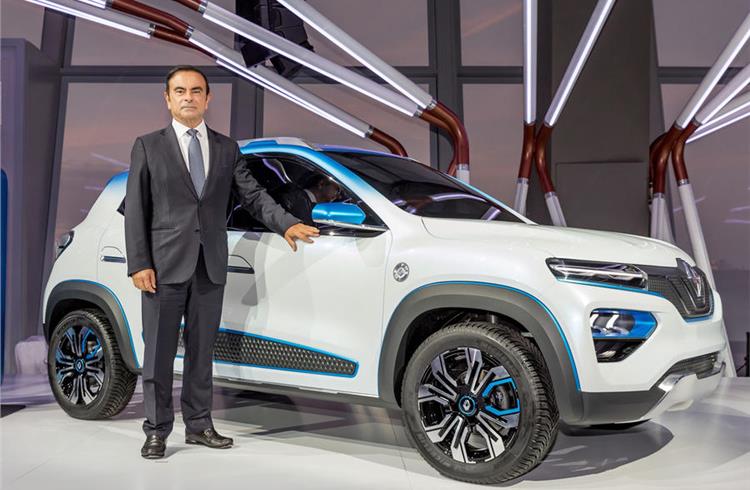 Renault’s board of directors has taken a series of 'transitional governance measures' following the arrest of chairman and CEO Carlos Ghosn in Japan on allegations of financial misconduct - but has not stripped Ghosn of his roles. It has also asked alliance partner Nissan to share the information gathered by the Japanese firm's internal investigation.

The French company's board met this evening (Tuesday) to decide a course of action after Ghosn's arrest. The board had been widely expected to remove Ghosn from his posts, especially as it came under pressure to do so by the French government, which owns a share of the company. But instead of removing Ghosn, the board has instead taken a series of short-term measures.

The board meeting was chaired by Renault's lead independent director, Philippe Lagayette. In a statement following the meeting, Renault said it had "adopted transitional governance measures to preserve the interests of the Group and the continuity of its operations."

Lagayette will continue to chair the board meetings, while Thierry Bolloré, Renault's chief operating officer, has been named deputy chief executive officer and will take on day-to-day management of the firm, with "the same powers" as Ghosn.

The statement also said: "At this stage, the Board is unable to comment on the evidence seemingly gathered against Mr Ghosn by Nissan and the Japanese judicial authorities. Mr Ghosn, temporarily incapacitated, remains Chairman and Chief Executive Officer."

Renault said the board will hold regular meetings while the investigation against Ghosn is ongoing, to "protect the interests of Renault and the sustainability of the Alliance." The statement continued: "The Board decided to request Nissan, on the basis of the principles of transparence, trust and mutual respect set forth in the Alliance Charter, to provide all information in their possession arising from the internal investigations related to Mr. Ghosn."

Renault's decision not to strip Ghosn of his duties puts it at odds with alliance partner Nissan - which Renault owns a stake in – and follows Nissan CEO Hiroto Saikawa saying he felt "despair, indignation and resentment" as Ghosn's alleged actions. Saikawa did say that Nissan was committed to the Renault-Nissan-Mitsubishi Alliance, and that was echoed in Renault's statement.

The statement concluded: "The Board endorsed the support expressed by the Nissan management to the Renault Nissan Mitsubishi Alliance, which remains the priority of the Group."

Ghosn has worked for Renault since 1996, and has been its chairman and CEO since 2005, was following a board meeting tonight (Tuesday), a day after the misconduct charges came to light.

The allegations of misconduct relating to Ghosn’s role as chairman of Nissan, which Renault currently owns a 43.4 percent stake in. The Nissan board is due to meet on Thursday when it is expected to strip Ghosn and representative director Greg Kelly – also arrested in connection with the allegations – of their roles. Ghosn is also chairman of Mitsubishi, and its board is set to meet in the coming days.

Following Ghosn and Kelly’s arrests, which were based in part on evidence gathered in a Nissan internal investigation, details have begun to emerge on some of the alleged financial transgressions the pair are suspected of.

Ghosn is suspected of having under-reported his salary to Japanese authorities by a total of around £34 million (Rs 309 crore) over the course of five years. Japanese broadcaster NHK has also reported that Nissan spent millions buying luxury homes in Rio de Janeiro, Beirut, Paris and Amsterdam for his personal use. There have also been reports that he charged travel expenses for family vacations.

Ghosn and Kelly’s status is currently unknown. Under Japanese law, the pair can be kept in custody for up to 23 days without charge. Filing financial reports containing fake statements carries a penalty of up to 10 years in prison, along with a fine of up to 10 million yen (£70,000/Rs 63 lakh).