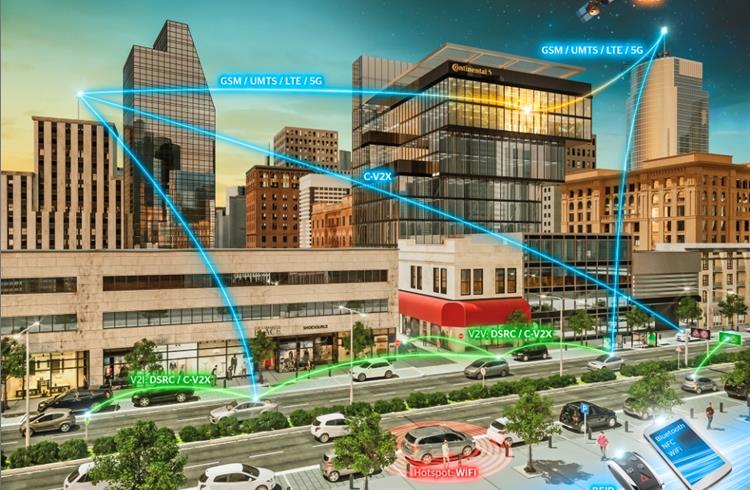 Qualcomm says C-V2X is the only V2X communication technology based on the global 3GPP Release 14 specifications for PC5-based direct communications in the 5.9GHz ITS spectrum where vehicle-to-vehicle (V2V) and vehicle-to-infrastructure (V2I) messages for collision avoidance can be sent without any dependency on cellular operator network involvement.  The C-V2X is also a communication technology with an ongoing evolution designed to offer forward compatibility in implementation with 5G NR C-V2X.

“Qualcomm Technologies prides ourselves in developing and delivering automotive solutions that will transform the industry of Internet Connected Vehicles, and C-V2X is no exception. Achieving this milestone with Datang is quite significant as it exemplifies the technology maturity to support C-V2X commercial deployments starting in 2019. With our long history of wireless leadership in China, and close collaborations with the automotive and telecom industries, we look forward to continued work alongside leaders in China as we collectively advance towards the commercial reality of safer and more connected vehicles,” said Nakul Duggal, vice president of product management, Qualcomm Technologies.

Yingmin Wang, CTO, Datang Telecom Group, said: “This interoperability test conducted with Qualcomm Technologies is of great importance and is a milestone for the industry as it is the first chip level PC5 Mode 4 interoperability test, which demonstrated the maturity and readiness of commercial deployment for C-V2X technology. Datang Telecom Group is a recognised leader in C-V2X, and we believe that the technology will play a key role in the intelligent and connected vehicles industry.  We look forward to continuing working with Qualcomm Technologies and other key players in the automotive and telecommunication industries to promote future mobility, which will be safer, comfortable and sustainable.”