Vehicles being planned include mini pickup and minivan models powered by latest-generation eco-friendly engines and state-of-the-art technological features. All vehicle types will have a payload capacity up to 1.5 tons. 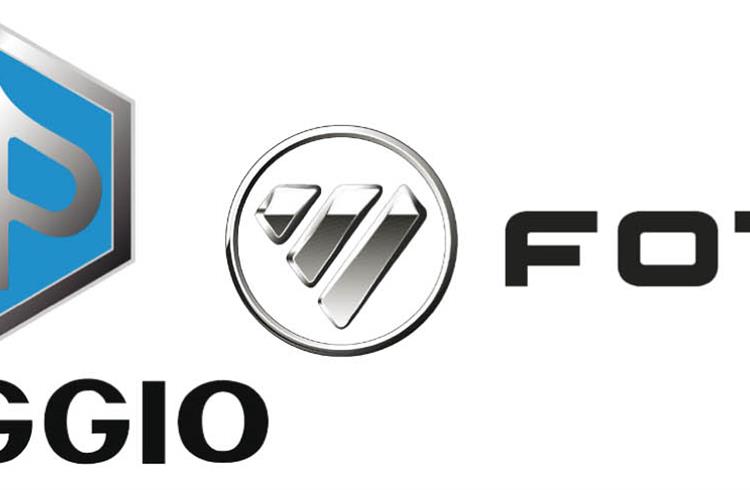 The Piaggio Group of Italy and Foton Motor Group of China have signed a preliminary agreement in Beijing for the strategic development of a new range of four-wheel light commercial vehicles (LCVs). The pact was signed by Roberto Colaninno, chairman and CEO of Piaggio, and Wang Jingyu, CEO of Foton Motor Group.

Over the coming months, a work team made up of representatives from the two companies will examine the manufacturing and commercial plans and draft the final contractual documents. It is understood finalisation of the deal should happen by mid-2018.

The aim of the partnership is to strengthen and modernise the offerings of the Piaggio Commercial Vehicles division. Development of a new range of commercial vehicles will enable the Piaggio Group to achieve significant expansion in relevant markets while simultaneously achieving important cost reductions.

Varied vehicles with payload capacity of up to 1.5 tons
Different types of vehicles are being planned in the range of mini pickup and minivan models, for transportation of both passengers and cargo, to meet the growing demand for commercial mobility solutions particularly suited to intra-city travel. They will be equipped with latest – generation eco-friendly engines and state-of-the-art technological features. All the vehicle types will have a payload capacity up to 1.5 tons.

The new range of products will be manufactured in the Piaggio Group’s Italian factories, using the existing lines dedicated to the current production. The models will be gradually launched in the next few years starting from 2019 through a distribution network which is oriented to gain maximum customer satisfaction.

The Piaggio Group, which makes three- and four-wheel LCVs (and also two-wheelers) sold 188,000 commercial vehicles worldwide in 2016. Foton Motor Group is the biggest commercial vehicle player in China with a total turnover of around 46.5 billion CNY and around 40.000 employees around the world. It is seeing rapid growth and diversifying its international operations, in part through joint ventures with leading automakers including an alliance with Daimler AG and Cummins Inc.