The French car maker is ramping up its electrification plans with three new PHEVs arriving next year. 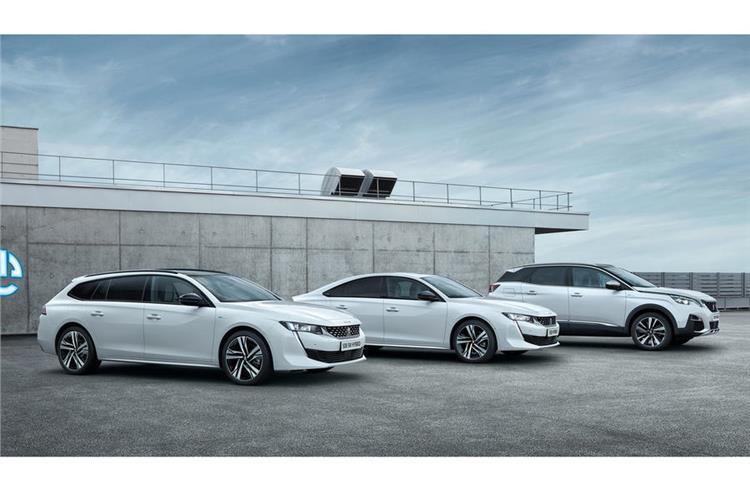 The move is part of owner PSA Group’s plans to electrify all of its brands’ models with either hybrid or electric variants from next year.

Alongside its upcoming PHEVs, Peugeot will introduce an electric version of its 208 supermini in 2019.

There are two systems available on the PHEVs, named Hybrid and Hybrid4, paired with an eight-speed automatic transmission, which offer up to 30 miles (48 km) of electric-only driving.

The 508 and its estate sibling, the 508 SW, use the hybrid system, which employs the PureTech 178bhp petrol engine with a 108bhp electric motor for a combined power of 222bhp. It emits less than 49g/km CO2.

Meanwhile, the 3008 uses the Hybrid4 system, which provides four-wheel drive with multi-link rear suspension. Its maximum power is 296bhp, combining a PureTech engine reaching 197bhp and two electric motors (one at each axle) reaching 108bhp. It achieves 0-62mph (0-100kph) in 6.5sec. The cheaper hybrid system will be available on the 3008 at a later date.

Both hybrid systems include i-Booster, a braking system that conserves power as the car brakes or decelerates, and e-SAVE, allowing drivers to reserve electric energy for planned routes ahead.

Peugeot said the PHEV models can be recharged in less than two hours by using a wallbox and that the charging system fits easily into storage under the boot floor.

Hybrid functions will be accessible via Peugeot's i-Cockpit infotainment system. Drivers will be able to see information regarding the engine’s efficiency, such as electricity consumption and fuel consumption.

Driving information, such as driving mode, electric gauge level and available electric distance, is displayed in the driver’s field of vision.

Pricing has not been revealed but is expected to be at the top end of the model range. For the 3008, the current range-topping model costs £34,525 (Rs 32 lakh).