The second-generation Nissan Leaf is the first all-electric vehicle to win the highly coveted World Green Car award since the category’s inception in 2016. 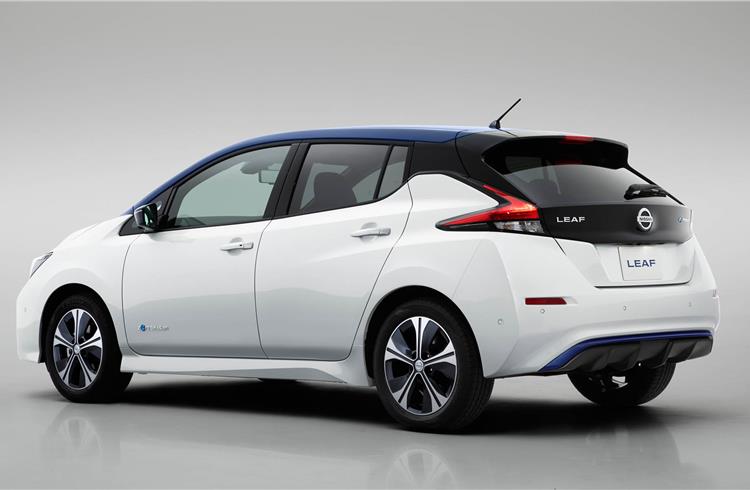 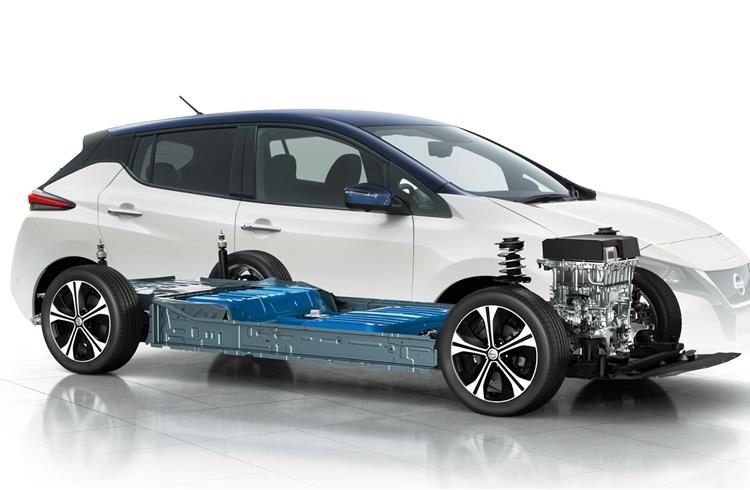 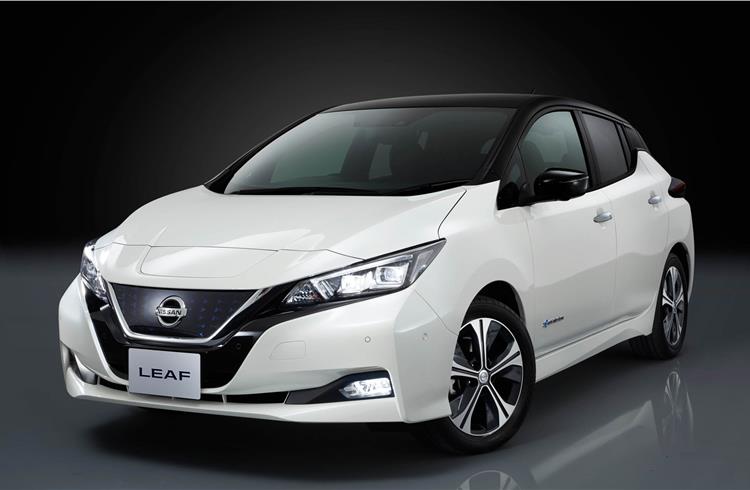 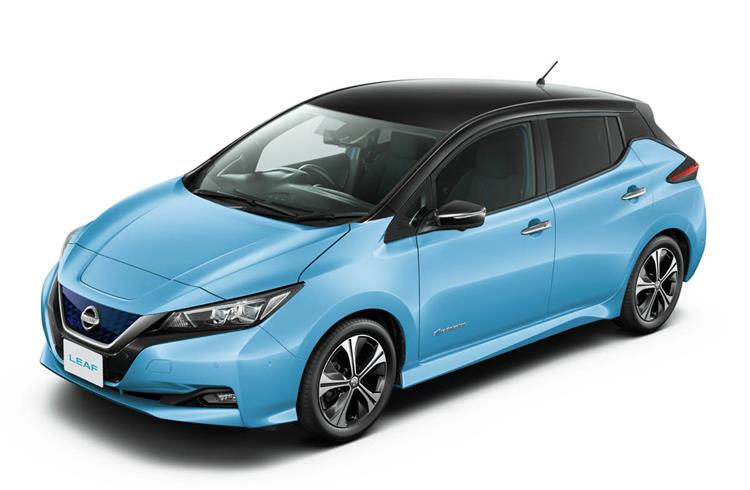 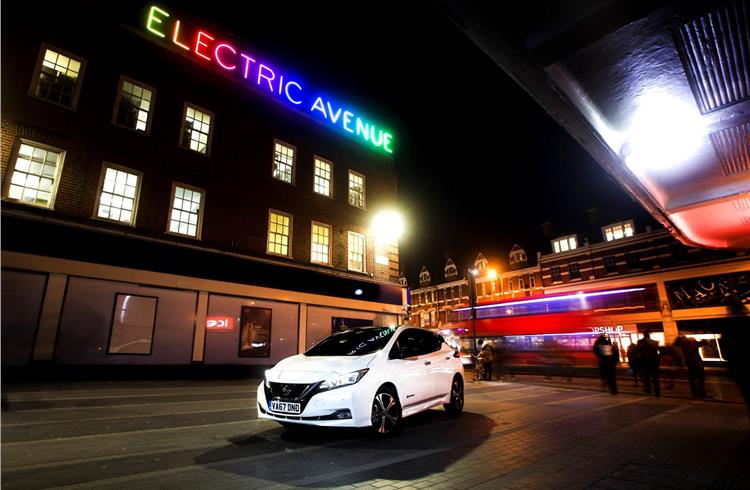 The all-new 2018 Nissan Leaf has bagged the ‘2018 World Green Car of the Year’ award at the ongoing New York International Auto Show (NYIAS). The Leaf is the icon of Nissan Intelligent Mobility, the company’s vision for changing how cars are powered, driven and integrated into the society.

The 2018 Nissan Leaf has been re-invented in its new avatar and combines greater range with a dynamic new design, and also features the latest Nissan Intelligent Mobility solutions, including its ProPilot (semi-autonomous) assist , e-Pedal technology and automatic emergency braking (AEB). 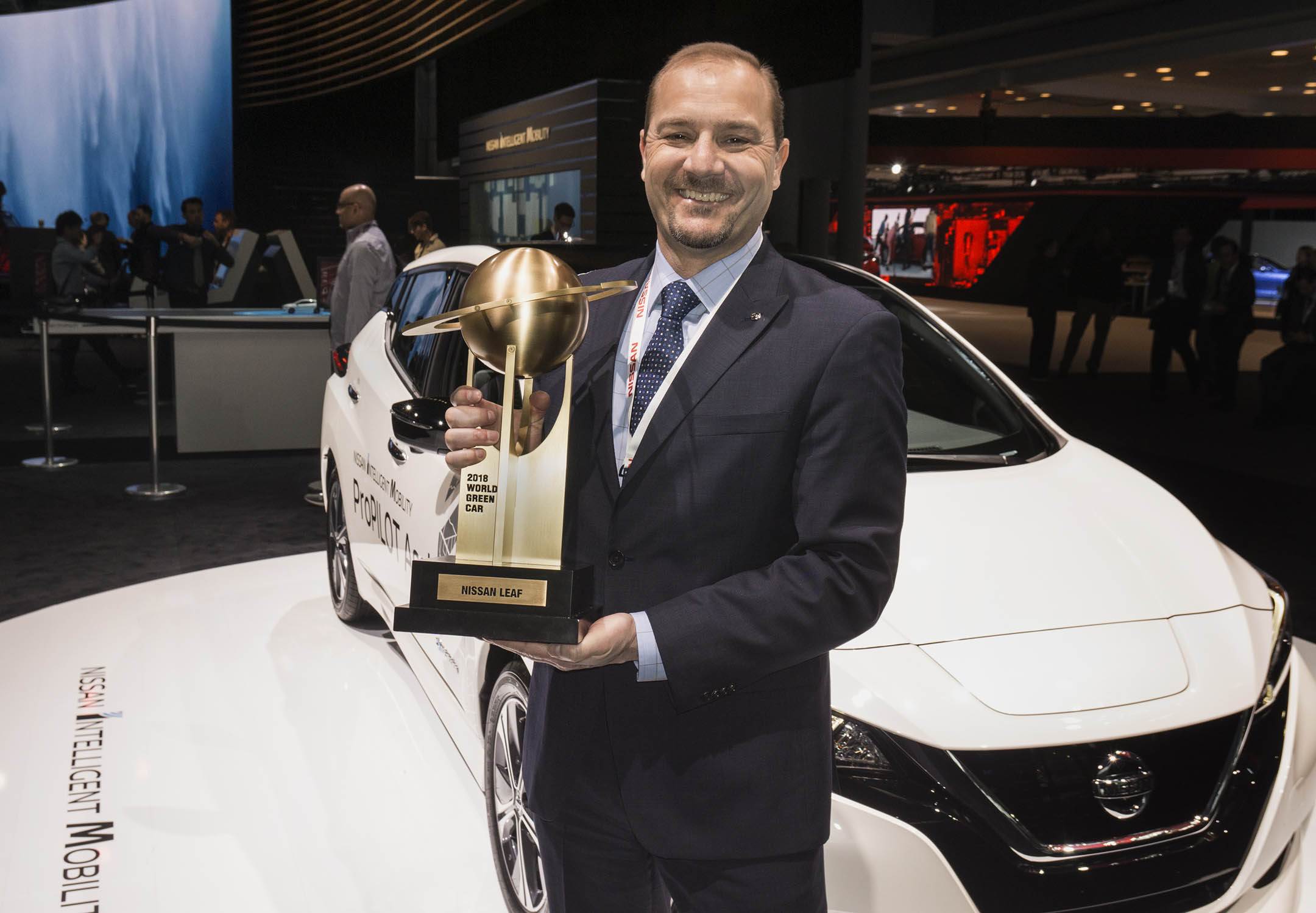 “We’re very proud that since Nissan Leaf was launched in 2010, we’ve been able to put more than 300,000 zero-emission electric vehicles on the roads worldwide, helping to reduce carbon footprints around the globe”, said Daniele Schillaci, executive vice-president, Global Marketing and Sales, Zero Emission Vehicle and Battery Business; chairman of management committee for Japan/A&O Business, Nissan Motor Company. “We’re honoured to be recognised by this esteemed jury and proud to continue to expand the vision of Nissan Intelligent Mobility”, he added.

The Nissan Leaf was chosen from an initial entry list of four new vehicles, then a short list of three finalists as announced in Geneva earlier this month:  the BMW 530e iPerformance, Chrysler Pacifica Hybrid and Nissan Leaf.

To be eligible for the 2018 World Green Car award, a vehicle had to be all‐new, or substantially revised, in production and introduced for sale or lease to the public in quantities of at least 10 in at least one major market during the period beginning January 1, 2017 and ending May 31, 2018.  Tailpipe emissions, fuel consumption, and use of a major advanced power plant technology (beyond engine componentry), aimed specifically at increasing the vehicle's environmental responsibility, were all taken into consideration.

The previous-generation Nissan Leaf was named ‘World Car of the Year’ in 2011, and remains the only pure electric vehicle to win that award in its 14-year history.

Nissan keen on bringing Leaf to India
Nissan is working hard towards launching its Leaf in India. With an estimated asking price of around Rs 50 lakh (ex-showroom), the Leaf isn't going to be cheap but will function as a technology demonstrator for the Japanese carmaker in India. The Leaf will be introduced as a completely built unit (CBU), which is why it attracts a high import duty.

Nissan, however, is in talks with the government for tax incentives to make the Leaf more affordable. At present, the government offers subsidies to full hybrids and electrics assembled locally under its Faster Adoption and Manufacturing of Electric vehicles in India (FAME) scheme.

The Leaf is currently undergoing a pilot-run in India to explore its viability. The carmaker recently unveiled the second-generation of the Leaf, which enjoys the distinction of being the world's most popular EV globally, with sales of 300,000 units.

The new Leaf is powered by a 40kWh battery (up 10kWh from the previous-gen vehicle) and makes 140hp (up 40.4hp from the current 30kW battery range-topper). The claimed range for the Leaf is 400km (up by 280km) under the Japanese driving cycle and 380km (up by 129km) under the New European Driving Cycle.

Apart from the Leaf, Nissan is also evaluating the possibility of introducing the Note e-Power in the country. The range extender, which has been spotted testing in India, uses a 1.2-litre, three-cylinder petrol engine which generates power for an 80kW (or 108hp) electric motor that drives the front wheels, eliminating the need to charge the vehicle through a wall socket.

Also read: Review and test drive of the 2018 Nissan Leaf