​Nexcel’s oil management system is a plug and play oil cell that is designed for flexible installation anywhere in a vehicle’s engine bay via a docking station to reduce CO2 emissions. 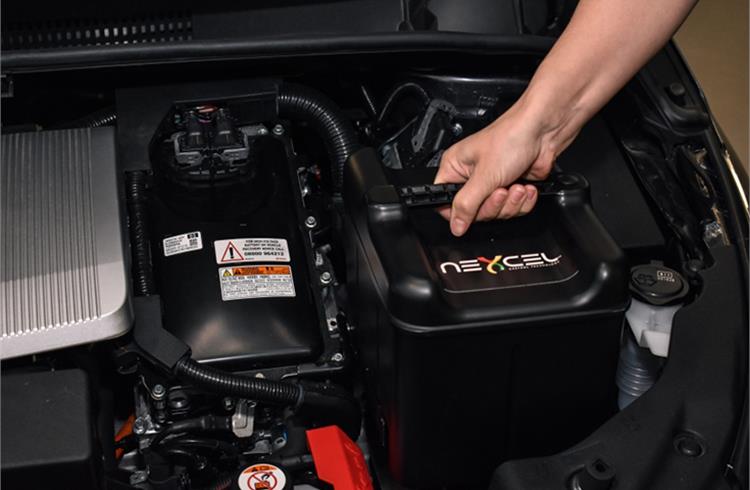 Castrol’s innovation business Nexcel demonstrated the testing of the latest Nexcel active engine oil management system across three different engine types that could reduce CO2 emissions by 2 gm/km. The CO2 reduction at a pound/gram cost is said to be significantly lower than mild hybridisation. The reduction is delivered by ensuring a precise oil-engine match, helping the oil to warm up more quickly and boosting the oil’s active components in-between oil changes.

Nexcel is an automotive start-up that combines Castrol’s knowledge of lubricants technology with BP’s focus on growing businesses which support customers in reducing their emissions.  Nexcel provides an effective solution for engine designers aiming to reduce CO2 emissions in both hybrids and pure internal combustion vehicles.

Nexcel’s active engine oil management system is an easy to change unit containing engine oil, a filter and an electronic control unit. The plug and play oil cell is designed for flexible installation anywhere in a vehicle’s engine bay via a docking station. The anticipated cost for each gram of CO2 saved with Nexcel is around €42/gm, similar to the cost per gram of CO2 for a micro-hybrid (stop-start plus regenerative braking) and approximately half the cost per gram for one of the most popular new technology strategies, a mild hybrid system. 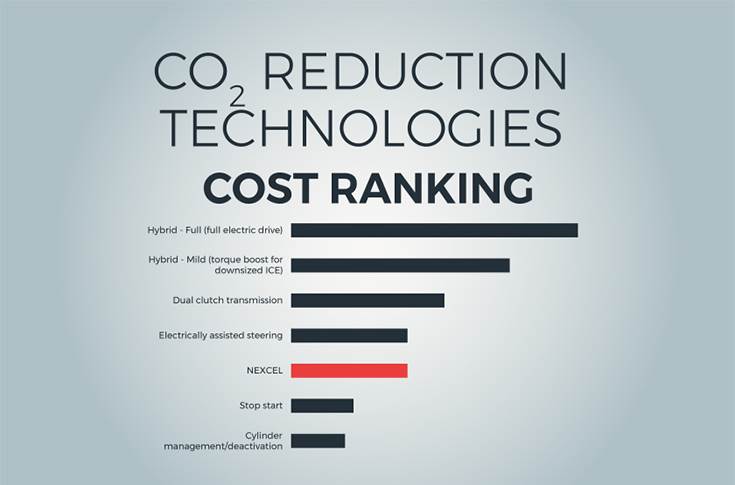 Nexcel’s business development director, Ben Russell said, “Using data from the European Commission’s 2017 Impact Assessment of Upcoming CO2 Regulations,(2) we have established that Nexcel is one of the most affordable routes to CO2 reduction which will help passenger cars meet the Commission’s demanding 2021 European fleet average target of 95 grams of CO2 per kilometre,”

According to Nexcel, emissions improvements have been recorded across several popular engine types, including conventional 2.0-litre gasoline, downsized 2.0-litre gasoline with GDi, and 2.0-litre diesel. The most substantial improvement was seen on the downsized, turbocharged gasoline engine, an architecture that is predicted to be one of the most important as the industry moves to smaller, more highly-stressed spark-ignition engines with or without electrification.

Nexcel further claims that being able to plan for a precise oil-engine match throughout the life of an engine opens up new possibilities for engine designers to reduce CO2.  For instance, by ensuring that an engine uses the same lubricant throughout its life, designers may be able to use smaller more efficient bearings and higher loads, without having to compromise how far they can go. With Nexcel, an electronic handshake automatically confirms the correct oil and filter every time the oil is changed. 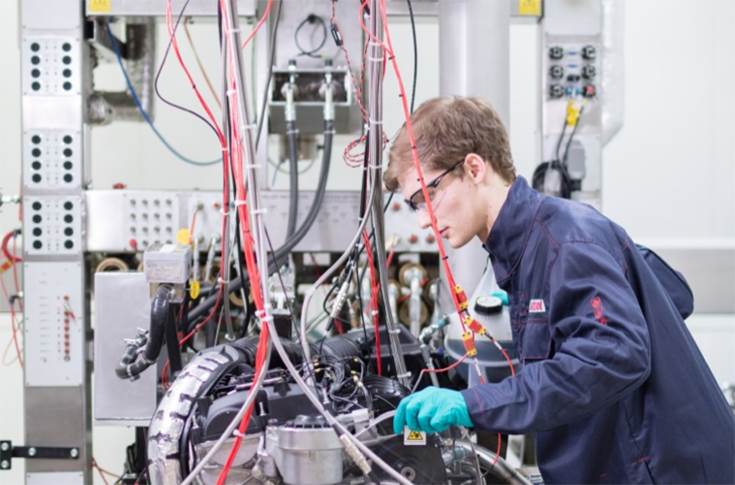 The Nexcel system has been tested on production vehicles, race cars and using the latest engine dynamometers at Castrol’s global R&D centre.

Engine warm-up is growing in importance. Even in the Worldwide Light Vehicle Test Procedure (WLTP), a significant proportion of the measurement is conducted with the engine at less than optimum operating temperature, which means it is producing more CO2 than when up to temperature. Every litre of oil in an engines sump has a heat capacity equivalent to around 2 kg of aluminium or 4 kg of cast iron, so by removing oil to the cell when it isn’t needed, Nexcel claims to aid the engines to reach their optimal temperature sooner.

A further area of opportunity is that the effectiveness of lubricants falls as they are used due to additive depletion. To ensure there are sufficient active additives at the end of increasingly long service intervals, oils must be specified with a higher additive content than is required through most of its life. This pushes up the oils’ viscosity and can, therefore, increase emissions.  Nexcel claims that its system aims to change the rules by boosting the oils’ additive content in-between services, preserving its effectiveness.

During an interaction with Autocar Professional for the November 1, 2018 issue, David Goosey, MD, Nexcel said, "Nexcel was created from an internal programme to look beyond the core business. We took some of our people and also brought in some external expertise to see what the future could look like, not just in automotive but in wind, shipping and industrial business too. What are the demands that our customers are going to place on us in the future and how do we respond? This is a long-term game."

Russell concludes that the combined result of these three areas of improvement means that Nexcel will be able to offer significant CO2 reduction at a price that is broadly equivalent to the adoption of electric power-assisted steering (EPAS). “A few years ago, EPAS was considered a radical evolution of the proven system, yet today it is almost ubiquitous. With even more pressure now on emissions reduction and sustainability, we see the same trajectory for active oil management.”