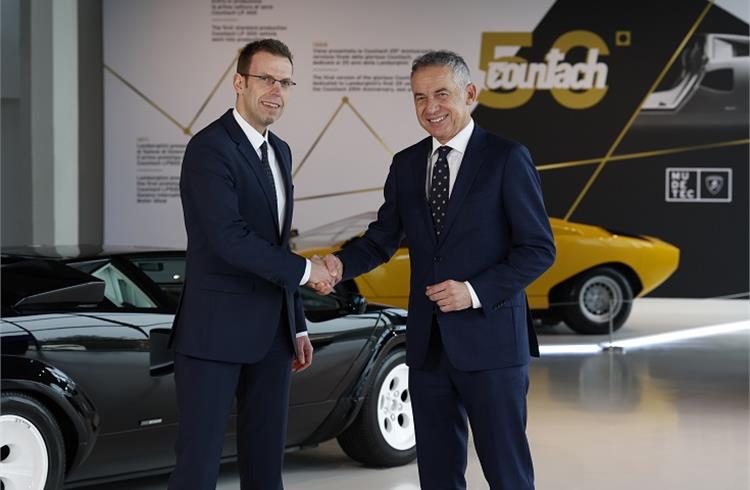 Italian supercar manufacturer Automobili Lamborghini has announced organisational change in the Research and Development (R&D) Department by appointing Rouven Mohr as Chief Technical Officer (CTO), who will leave his current role as Head of Verification / Validation Whole Vehicle at Audi in Germany.

Mohr succeeds Maurizio Reggiani, who will take up the strategic position of vice-president Motorsport at the company. He will be responsible for the next strategic direction of Lamborghini's entire motorsport division. The move into the new position, at a time of transition for the racing sector towards an increasingly sustainable future, is therefore aimed at strengthening Squadra Corse Lamborghini in prestigious and highly competitive championships.

Stephan Winkelmann, chairman and CEO, Lamborghini: "Maurizio Reggiani has been behind every fundamental decision that has enabled this company to achieve the today records. He was the father of Lamborghini's most successful models, from the Aventador to the Urus, from the Huracan to the Countach LPI 800-4, models that have become icons in the history of this brand or will soon become so. His pioneering vision has given continuity to Lamborghini's DNA, which has made the drive for innovation one of its founding values since 1963. Today, his deep and long experience in the automotive field will support one of the key strategic sectors, where we aim to continually increase our presence as protagonists.  At the same time, we enthusiastically welcome Rouven Mohr back to the Lamborghini family, whose arrival comes at a crucial time of profound transformation for the company, in view of the upcoming electrification of the entire product range."

Reggiani has spent his professional life among high-performance engines: first Maserati, where he began his career in 1982 in the department dedicated to engine design and development. Then Bugatti in Campogalliano, from 1987 to 1995, where he was responsible for the EB110 powertrain. Finally, Lamborghini, where he joined in 1995 as Project Leader of the Murcielago, a role he held until 2001, when he was appointed Responsible of the R&D Powertrain and Suspension Division. In 2006 he was appointed CTO and in this role he defined the strategies behind the most important technological and design innovations of the V12, V10 and V8T models and the few-offs of the House of the Raging Bull, thus contributing to sustaining the commercial records of recent years with continuously successful products.

Mohr has an engineering degree at the Technical University of Kaiserslautern and a Phd in Numerical Mechanics and had joined Audi in 2008 within the R&D Department as Testing Engineer for Chassis Durability, before gaining increasing responsibility until his appointment in 2014 as Head of Project Management Whole Vehicle for Audi A3, TT, Q7 and Q8 models. In 2017 he moved to Lamborghini, where he spent two years as Head of Whole Vehicle Development, overseeing the development of the Aventador, Huracán and Urus models, before returning to Audi as Head of Energy and Weight-Management. Lastly, in 2020 he was appointed Head of Verification/Validation Whole Vehicle, an experience that he now completes with a return to Lamborghini as Chief Technical Officer.