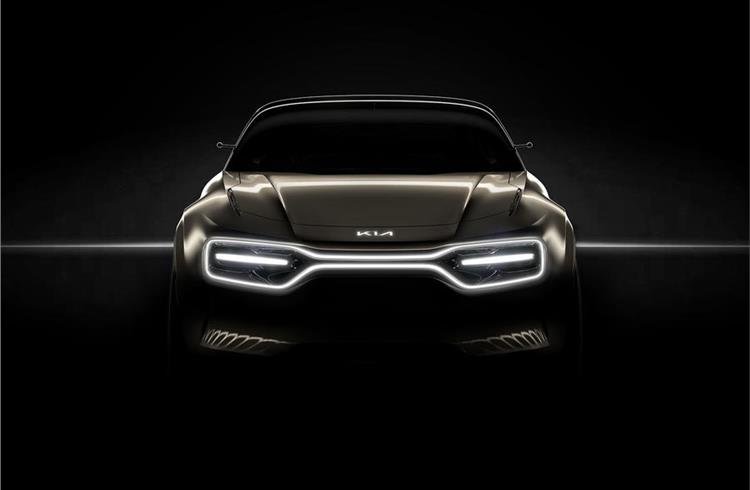 Kia will unveil a new performance-focused electric concept at the Geneva motor show next month, which the firm says will show its “desire to move forward” with electrification.

The as-yet unnamed car aims to achieve a balance between efficiency, dynamism and usability, according to the Korean company. A preview image of the concept reveals angular body lines, flared wheel arches, a low, wide stance and Kia’s signature ‘tiger-nose’ grille as seen on the Stinger performance saloon.

Minimalist stalks protruding from the A-pillars hint at the use of rear-view cameras in place of conventional wing mirrors, suggesting the model will act as a showcase for technology to arrive on future production Kias.

Gregory Guillame, vice-president of design for Kia Motors Europe, said Kia’s Frankfurt-based design team aimed to design a car that “answered consumer concerns around range, performance, recharging networks and driving dynamism, but one that also gave you goosebumps when you looked at it”.

Kia has not released any information about the concept’s powertrain, but it is likely to feature a variation of the 64kWh motor in the range-topping variant of the e-Niro crossover. This unit produces 201bhp but could be tuned for enhanced power output at the expense of range.

The Korean company is pushing forward with its strategy to expand its portfolio of electrified production models.

A plug-in hybrid version of the Ceed estate will go on sale in the second half of this year, while the Los Angeles motor show in November last year featured the debut of the new Soul EV compact crossover.