In addition to a record 4.7% market share in Europe, Hyundai also achieved record market shares in the UK, Spain and France in the first six months of 2022. 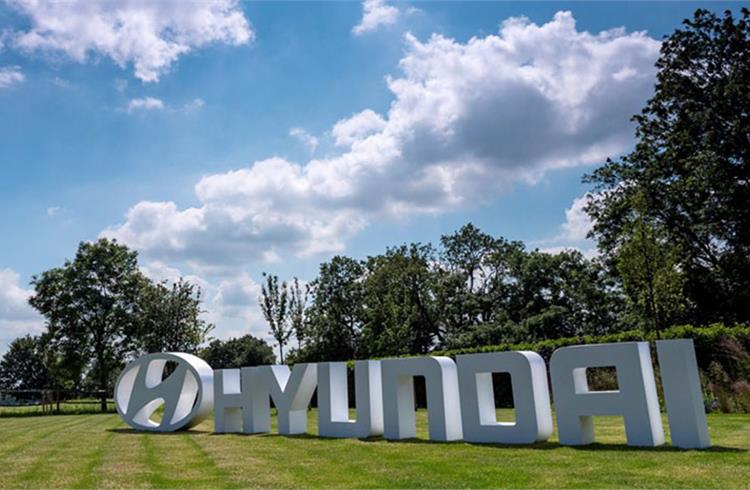 Despite a decrease in industry demand, Hyundai Motor Europe celebrated very strong sales results in Europe in the first half of 2022, according to the latest data from the European Automobile Manufacturers Association (ACEA). During this period, the company’s market share grew to a record-breaking 4.7 percent, up one percentage point compared to last year.

At 16 percent, electrified models make up a bigger proportion of its sales in Europe than ever before, and the company’s EV models have made a significant contribution to its overall sales success. One of the main drivers for this is the Kona Electric, which began production at Hyundai’s HMMC production plant in Europe in 2020. 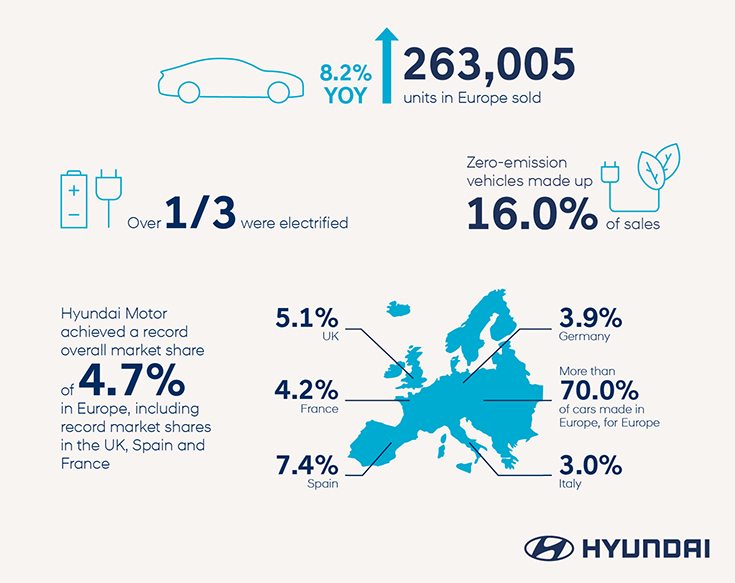 Hyundai says it “is confident its share of electrified models sales will continue to grow in the months ahead. Since launching last year, Ioniq 5 has won a number of prestigious awards including 2022 World Car of the Year, while the company’s Ioniq 6 Electrified Streamliner will soon arrive on the market.”

In addition, Hyundai will continue to make investments to drive innovation in the field of electrified mobility. The company’s high-performance N sub-brand recently unveiled RN22e and N Vision 74, two ‘rolling lab’ concepts that will serve as a basis for the continued development of future-focused zero-emissions technologies.

In Spain, meanwhile, Hyundai reached a market share of 7.4 percent, up 1.8 percentage points compared to 2021. This amounted to 30,222 registered vehicles, 18.8 percent higher compared to the equivalent January-June period last year.

The French market also saw significant success for Hyundai, as the company’s market share rose to 3.1 per cent – an increase of 0.6 percentage points on last year. A total of 23,998 models were sold in the first half of the year, 4.2 per cent higher compared to the first six months of 2021.

The company can credit its success in Europe to its customer-focused production and development. Over 70 percent of Hyundai cars are made in Europe, for Europe at the company’s HAOS and HMMC production plants in Turkey and the Czech Republic, respectively.

HMMC produces 350,000 vehicles per year and has recently undergone a range of enhancements to make it one of the most modern automotive factories in Europe. Earlier this year, it became Hyundai’s first factory worldwide to completely convert its electricity use to renewable energy. Today, HMMC produces almost every type of powertrain variant, including low-to-zero emissions models such as Kona Electric.

Hyundai’s main sales drivers included the traditional best-seller and Czech-built Tucson, followed by the Kona. Other popular models include BEVs such as Kona Electric and Ioniq 5, which is now in its first full year of sales, as well as the company’s i-range.