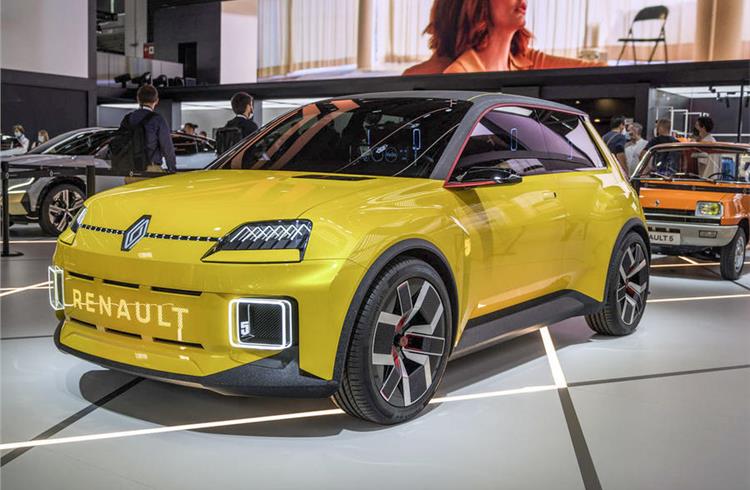 On Thursday last week, the CEOs of Renault, Nissan and Mitsubishi got together to announce… well, nothing much new. But that wasn’t the point. The point was to tell the world that the Renault-Nissan-Mitsubishi Alliance is strong and committed to finding common synergies that will ensure all three brands thrive in an electric and connected future. And in that, it was arguably successful.

“Three years ago, the Alliance was facing a crisis unprecedented in its history, based on a lack of trust,” said Alliance chairman Jean-Dominique Senard in his opening remarks. “This period belongs to the past.”

He reminded viewers of the online presentation that the Alliance employs 420,000 people globally, covers all the world’s major markets and operates 29 plants. "The solidity of the Alliance foundation is a fundamental asset of our three companies,” he said.

That solidity was very much in doubt in 2018 when then-CEO Carlos Ghosn was arrested on landing in Tokyo airport, charged with financial irregularities. The soap opera that followed shed an unwelcome light on tensions within the Alliance, precipitating the crisis.

Ghosn himself alleged that he was set up by a Nissan board opposed to his proposed merger of Nissan and Renault. As late as last year, he called the 22-year-old Alliance a "zombie". The years of Nissan’s unhappiness at being steered by Renault by virtue of the French company’s 43% stake in its Japanese partner from bailing Nissan out of bankruptcy in 1999 looked to have finally spilled over.

Financial problems in 2019 were accelerated in 2020 when the Covid-19 pandemic exposed structural weaknesses in both companies and triggered record losses. That focused minds at both companies and prompted the ‘leader-follower’ strategy whereby Nissan, Renault and to a lesser extent Mitsubishi took the lead in certain technologies or regions. For example, Renault was the lead in Europe, Nissan in China and Mitsubishi in South-East Asia.

Thursday’s presentation spelled out each brand’s leadership on technology development. Renault is in charge of the E/E architecture (for electric/electronic, meaning software and computing power), while Nissan leads in autonomous driving and solid-state batteries.

There was one important announcement: Renault will engineer and build a new Nissan Micra in Europe, based on what’s now called the CMF-BEV platform, developed from the small-car CMF-B ICE platform and also underpinning the new electric Renault 5.

At the event, Alliance assigned names to five EV platforms. Four of those are already underpinning cars, but spelled out, it looked like a coherent strategy. These would create 35 EVs by 2030, with the most important – the CMF-EV that sits under the new Nissan Ariya electric SUV – eventually forming the basis of 1.5 million cars by 2030.

Also impressing those looking for clear signs that the Alliance is working as it should was the promise that 80% of Alliance vehicles will be underpinned by common platforms by 2026, up from 60% now.

“We think two clear messages emerge from the conference,” wrote Harald Hendrikse, an analyst at Morgan Stanley, in an investor report. “One, the Alliance co-operation is back and two, the Alliance has a credible tech strategy much like other OEMs.”

Analysts in the past have argued that the Alliance will never be as quick to make decisions as its rivals, because there’s no overriding CEO to force the situation, as there was when Ghosn was in charge. Both Senard and Nissan CEO Makota Uchida assuaged concerns by pointing out that the CEOs hold twice-monthly Alliance board meetings.

Not everything has been resolved. Renault’s attempts to embed itself in China have pushed it into the arms of Geely, rather than Nissan, although Renault CEO Luca de Meo was quick to absolve Nissan. The show of solidarity was in response to criticism that nothing seemed to be happening, according to Senard. “The main message of this meeting is that the alliance is strong and exists,” he said.

“There were some doubts in past months and years about what is the Alliance. I even heard that the Alliance was silent and nothing was happening. On the contrary, we have been working hard under the radar. Clearly the ties are extremely strong and in effect unbreakable.”