Arrival has raised nearly $1 billion in funding from investors including the Hyundai Motor Group, asset-management giant Blackrock and courier UPS, which has contracted to buy 10,000 vans globally. 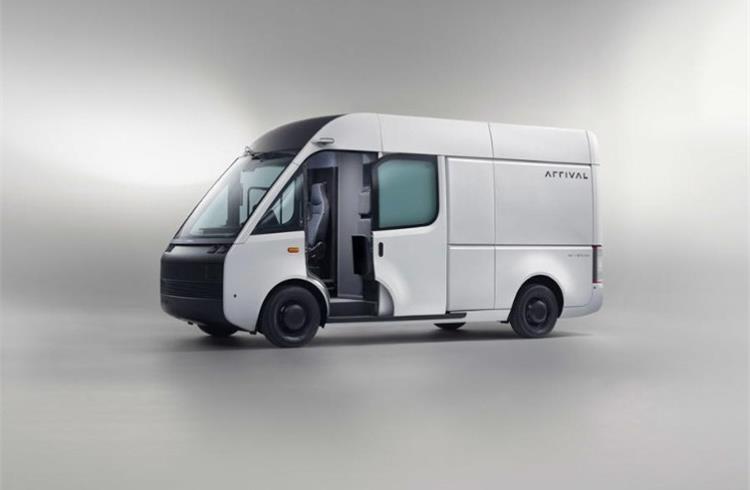 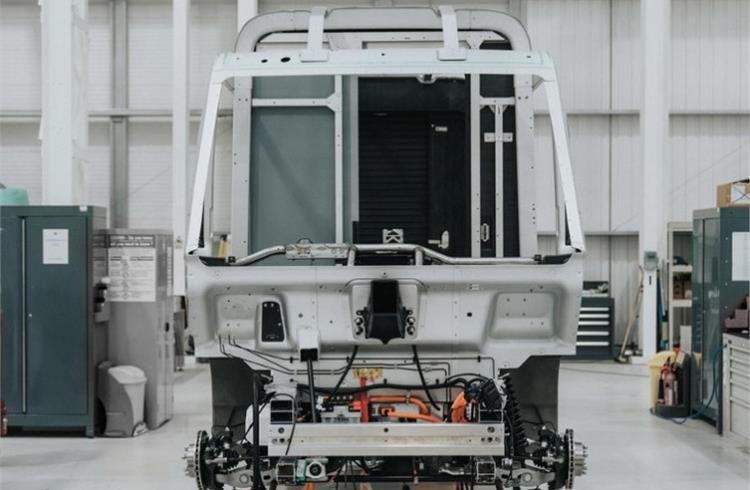 One of Britain's most advanced vehicle factories, owned by EV start-up Arrival in Bicester, a town 100 km from London, is nearing the day of making its first parcel-delivery van. Autocar UK  our sister publication go an exclusive first look.

The site is the first in the world to use a ‘microfactory’ production system, in which a usual assembly line is replaced by flexible manufacturing cells, with the design, layout and low output of the site established for supplying the local market. “We’re all about being local, selling locally, configuring our plant to local demand and being flexible in production,” said EV platform boss James Broomer. Arrival’s manufacturing revolution is revealed by its van’s high-tech interior, rather than the exterior of its two anonymous industrial sheds.

One building of 120,000sq ft houses the body plant, where composite thermoset panels are heat-formed on two lines of vacuum presses, while the second, 180,000sq ft building is the assembly hall, fitted out with Kuka robotic-arm manufacturing cells and logistics handled by a fleet of 150 computer-controlled mobile robots called Wemo. When we visited, Bicester was bustling in the ramp-up phase, with engineers and production staff focused on trialling production processes, installing robotics arms in the production cells and fine-tuning the Wemos’ programming. Capacity is 5000 per year, doubled with a second shift, but Arrival has delayed delivery of its first vans until the second half of 2022, so the race is on to get the new production system working some time in the third quarter to hit a target of 400- 500 delivered by year’s end. “We have the sprint mentality,” smiles Broomer.

Much is resting on this start of production. Arrival has raised nearly $1 billion (7615 crore INR) in funding from investors including the Hyundai Motor Group, asset-management giant Blackrock and courier UPS, which has contracted to buy 10,000 vans globally. The potential business win as the world scrabbles to reach net-zero emissions by 2030/2035 has resulted in a valuation of Arrival, yet to turn a profit, of £1.76 billion (13,400 crore INR) – almost twice that of Aston Martin.

Arrival’s adoption of the microfactory system goes hand in hand with its radical van design, which is more like that of low-volume sports cars like the Lotus Elise than a typical steel box on wheels. A skateboard-style chassis is formed of extruded aluminium members, then composite body panels are hung on alloy extrusions joined by cast nodes. The van’s front end is cleverly engineered, too, as a single large precision-formed injection moulding. A mould for this module is pricey, at around £1 million (10 crore INR), but it’s common to all versions of the van, so economies of scale apply. The body panels are formed from thermoset plastic that starts life as a roll of woven material supplied from a factory in Blackburn.

Each panel is built up typically from four material layers, called plies, cut to shape by computer-controlled machines that devise the best combination to reduce waste.

Unlike in a typical composite factory, where workers handle and position the plies into a single part, here robots do the job, using unique handling tools, equipped with hooks and developed by Arrival itself. The next stage is also robot-controlled: the part is delivered to the heat-press by a Wemo, although an operator keeps an eye on the process. Soft tools are used on the heat press; these have a shorter life than steel tools but save tens of thousands compared with steel tooling. To form a panel, the thermoset material is heated to 200deg C for 1min 30sec to ensure that all the thermoset material has melted to the correct shape.

The thermoset material is pre-coloured, so each panel exits the forming tool in its final colour, thus requiring no paint. This whole panel forming- process is timed to 22min – the ‘tact’ or cycle time that defines how long each operation should take, and the same time is used in the final assembly hall. In volume-production terms, that’s an age for a process that’s usually planned around one minute, but it’s integral to the microfactory concept. Sets of body panels are then transported by Wemos to the adjacent Number Two Plant for final assembly. The heart of the assembly plant are five cells of Kuka robots, each cell equipped with around six arms and timed to that 22min tact. These cells are fed with parts by the fleet of Wemos, and co-ordinating these logistics will be the secret to the efficient operation of Bicester. In charge of robotics is ex- Airbus boffin Giuseppe Napo Montano, whose 50-strong team designed the Wemos from scratch in three years and was busy programming the production sequence when we visited. “The Wemos are completely configurable, can talk to each other and operate autonomously,” he said.

Three Wemos are needed to support the weight of the van’s platform, which is fitted out with its battery pack, motor and ancillaries at Cell One; before moving 22min later to Cell Two, where the extruded body ‘hoops’ are fitted; then onto Cell Three, where the cab is constructed from multiple panels and the front module bolted on; and then to further Cells for installation of the interior and load-bay fittings to the customer’s specification. No vehicles were running down the line during our visit, so we can’t judge the final quality of the vans, but the pre-production examples made at Arrival’s pilot plant in Banbury look well finished.

The race is now on to get production going in time for UPS to start electric delivery of Christmas parcels around London and the south-east of England. It will be not just a Christmas present for customers but also ground-breaking for Arrival.

Where did the idea come from?
The microfactory concept was first proposed in 1998 by Cardiff Business School academics Peter Wells and Paul Nieuwenhuis. They shook up car-making by replacing a large-output, sprawling factory with a network of low-volume plants. Instead of a high-investment, metal-bashing press plant, a paint shop and a complex production line, their vision was of low-investment, flexible production equipment responsive to changing market conditions. “You can build a microfactory network bit by bit, which from a strategic point of view is important, because you expand your production to a growing market by replicating each microfactory locally, rather than building a huge factory and then forcing cars into the retail network,” Wells told Autocar.

They studied low-volume firms like Lotus (which had recently launched the revolutionary extruded-alloy, composite-bodied Elise), Ferrari and electric-car pioneer Think. The conclusion was to size a microfactory around annual production of 5000. Thus supplying a market like the UK, typically served by a large plant making 300,000 cars per year, would require 60 microfactories, each near a major population centre. Each would also act as the local dealership and repair hub, cutting out 40 percent of the total cost of the vehicle. “If the vehicles are leased and brought back to the microfactory for refurbishment before moving on to a new user, you can get pretty close to the circular economy. I can see Arrival’s [car] deal with Uber working like that,” said Wells.

What's happening about larger goods vehicles?
All new large goods vehicles must have zero-emissions powertrains from 2035, the heaviest articulated trucks following in 2040. Currently, most are diesel engined. Industry stalwarts like Mercedes-Benz already have a range of battery-electric trucks, such as Fuso eCanter 66kWhr in service with DPD and the eActros rigid/artic, with a 448kWhr battery for a 250-mile range. And for intercontinental long-haul haulage, Mercedes will employ hydrogen fuel cells, with its first tractive unit due in service in 2027. Just like on the car side, there are also EV start-ups, like Volta. Its Zero 18-tonne rigid truck, equipped with a 150kWhr battery for 125 miles (201.168 km) of range, is scheduled for first deliveries in 2023, Truck operators face even more upheaval in the next 10 years than car drivers as net-zero policies close out 100 years of diesel truck operations. Even last year, just one of the new trucks sold in the UK were battery-electric.