Former Nissan, Renault and Mitsubishi boss denies financial misconduct charges - and claims they stem from an agenda against him 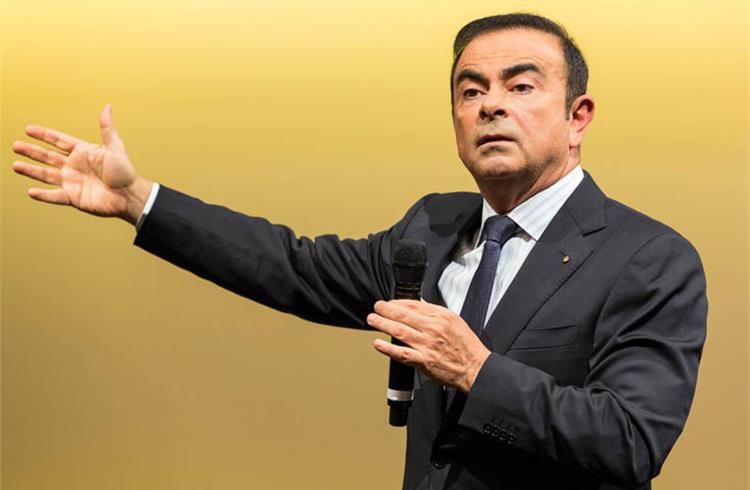 Former Nissan, Renault and Mitsubishi boss Carlos Ghosn says that charges of financial misconduct brought against him are the result of a “plot” by Nissan executives to stop him further integrating the three alliance partners.

Ghosn was arrested in Japan last November on a string of financial misconduct charges relating to his former role as Nissan chairman, including claims he under-reported his salary and transferred personal financial losses from foreign exchange contracts to Nissan. He has since been dismissed as chairman of both Nissan and Mitsubishi, and recently stood down from his chairman and CEO roles at Renault.

The 64-year-old remains in detention in Japan after judges decided he could be a flight risk, but was allowed to speak to Japanese media firm Nikkei for 20 minutes. In the interview, he said he has “no doubt” the charges against him – which Nissan says result from a whistleblower operation – were due to “plot and treason” by Nissan executives opposed to plans he was developing to further integrate Renault, Nissan and Mitsubishi.

Ghosn said that "there was a plan" to integrate the three alliance partners more closely, creating “autonomy under one holding company,” which he discussed with Nissan president Hiroto Saikawa last September. Ghosn added that he had wanted to involve Mutsubishi CEO Osamu Masko in the talks, but Saikawa demanded a one-on-one meeting.

Responding to accusations that he effectively ran Nissan as a ‘dictatorship’ during his 19 years as chairman, Ghosn told Nikkei: “People translated strong leadership to dictator, to distort reality.”

Ghosn responded to some of the specific charges laid against him. He said that Nissan’s legal department had signed off on the purchase of luxury properties for him in Brazil and Lebanon – which Nissan claims were paid for improperly.

Japanese prosecutors are also investigating Ghosn for using Nissan funds to make payments to Saudi businessman Khaled Juffali in return for a letter of credit to help with his personal investment losses. Ghosn said the Nissan executive in charge of the Middle East region has signed off on the payments, which he said came from a “CEO reserve” pot of money he was free to decide how to spend.

Ghosn also denied that he was a flight risk if released on bail, saying: “I won’t flee, I will defend.”