FEV has developed unique methodologies for the technical development of automated driving systems, and is already using them successfully in OEM and supplier projects. 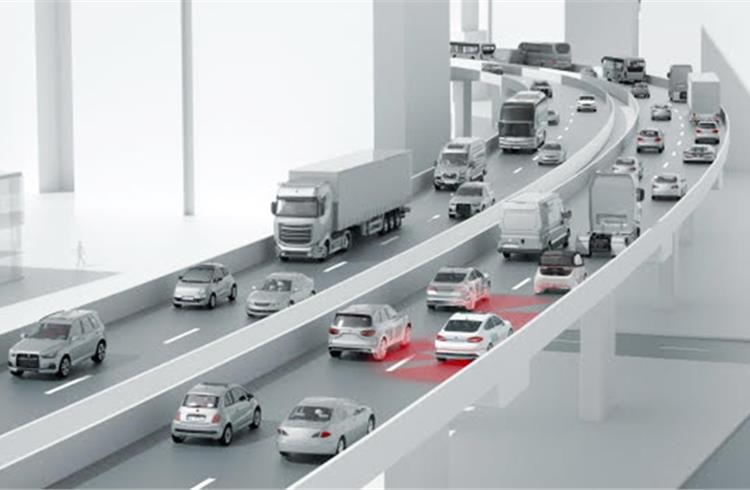 Driver assistance systems such as automatic distance and lane-keeping functions are already increasing occupant safety and comfort, as well as, energy efficiency in vehicles. However, as the industry deals with Level 3 and greater automation, the increasing complexity means higher demands on sensor performance, control functions, and computing capacity.

FEV, the leading engineering service provider for vehicle and powertrain development, as well as digital mobility, says it has developed unique methodologies for the technical development of these systems, and is already using them successfully in projects with vehicle manufacturers and suppliers. These methodologies are used to examine and validate vehicle behaviour in a wide variety of driving situations, and cover the areas of systems engineering, data management, and functional, system, and vehicle testing.

Scenarios define desired functions
MBSE uses scenarios that describe complex traffic situations to determine the general architecture and design of systems for automated driving in a logical manner during the development of highly automated functions. Taking comprehensive so called use cases into account, they define the desired behaviours of a given function, accounting for all relevant interactions with the environment, the driver and other road users.

"By incorporating scenarios into our MBSE approach, we ensure validation of the developed driving functions. For example, precise test scopes for individual requirements can be assigned and combined into test scenarios for different test platforms," said Dr. Elmar Boerner, Senior Group Director for ADAS (Advanced Driver Assistant Systems) and AD (Automated Driving) Development at FEV. "The scenario thereby describes temporal relationships between different scenes. Scenes, in turn, are snapshots of the environment, dynamic elements and all actors, as well as the observer's self-representation and relationships to each other."

Scenarios are linked via use cases with the customer benefits and the modeling of the system behavior, including the associated requirements. Thus, they act as a supporting link between requirements development and the basis for test case creation.

Real-time data acquisition
As part of the requirements creation within the MBSE approach, FEV's scenarios are integrated as central elements in the development environment. The company's self-developed data acquisition chain is of critical importance here. It collects measurement data from FEV's autonomous vehicles during test drives with the help of a networked logger, and  classifies them into scenarios during measurement sessions.

The collected data also allows scenarios to be analyzed directly during the validation phase and prepared for simulation in corresponding databases. The comparison with specified scenarios then results in a continuous development loop from system design, to system test, and back.

Automation as a time-saver
FEV's technique differs from conventional approaches to automated driving functions. Use case definitions are expanded by incorporating scenario specifications at each stage of development with respect to customer requirements, and are then linked to relevant scenarios using FEV’s proprietary MBSE methods.

The clear traceability between individual requirements and possible operating conditions then results in high automation potential in activities such as database analyses and test case derivation. Test scopes are also unambiguous and optimized compared to a conventional ODD (Operational Design Domain), framework view at the overall function level.

Subsequent modeling is carried out using  information obtained from the road, traffic infrastructure, time-limited variables such as construction site signs and moving objects, and environmental factors such as the weather. Models can be used to generate test cases for various simulation environments with the help of automation. Component requirements can be defined - for example, for the performance of the sensors - and test cases for various simulation environments can also be generated.

This significantly reduces the verification and validation scopes, since even more complex scenario spaces can then be covered through clever modeling of scenarios with automatically generated test cases. Such scenario spaces are required for simulation in cloud environments, and for model and software-in-the-loop tests with wide-ranging variations, such as "corner” or “edge” case simulations.