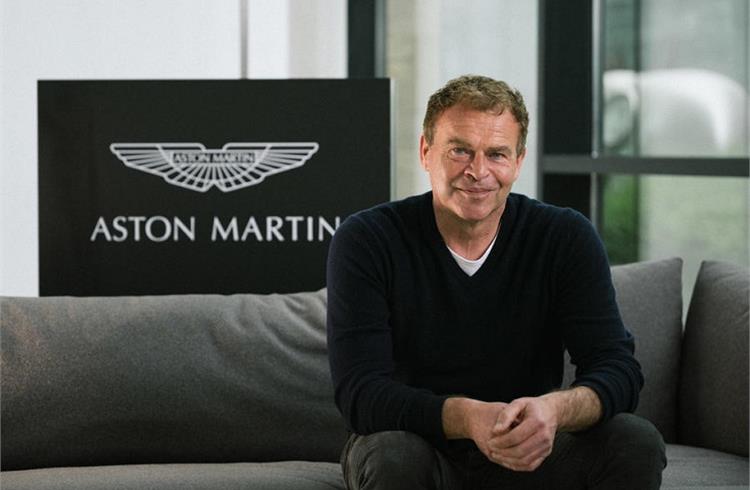 Tobias Moers’ future as CEO of Aston Martin is uncertain following this morning’s trading update warning that the firm would miss its earnings targets, Autocar UK has learned.

Speculation regarding Moers’ ongoing role at the firm follows indifferent financial results for the Gaydon-based luxury car maker, which was taken over by a consortium led by billionaire Lawrence Stroll in January 2020.

This morning, it announced that it would miss its EBITDA (earnings before interest, taxes, depreciation, and amortisation) target by around £15 million as a result of delays readying the Valkyrie hypercar for production.

Asked if Moers’ position was secure by Autocar, a spokesperson said: “Aston Martin doesn’t comment on speculation.” While Tobias Moers was quoted in the trading update alongside executive chairman Stroll, multiple sources have told Autocar that a potential replacement has already been approached.

The Bloomberg news agency reported that Ford executive Steven Armstrong was a candidate for the role, citing an unnamed source who confirmed a preliminary approach had been made. Autocar has also spoken to a source who has confirmed this report. However, Stroll told the Financial Times that he was "absolutely not engaged whatsoever in looking to replace Tobias."

Moers took over from Andy Palmer as CEO, moving from Mercedes-AMG in August 2020. He swiftly implemented a new strategy, including putting plans for a family of Lagonda electric cars on ice and axing development of the firm’s own V6, but he has struggled to see the Valkyrie project through to completion - with the car’s technical complexity blamed - and several established, senior leaders at the company have left the firm since his arrival.

One source told Autocar UK that more than half of the company’s senior leadership team had left since Moers took the helm of the firm, suggesting his hands-on leadership style had led to significant tensions. The fact that a substantial number of personnel have departed is backed up by searches on LinkedIn, but exact percentages could not be verified by Autocar.

Shortly after taking over the role, Moers described Aston’s position as “worse than I thought, about as bad as it could be”. He is said to have clashed with his teams repeatedly as he tried to impose his vision for the firm’s future.

Although Aston’s financial results have been more positive in recent times – with revenues having nearly tripled year on year in 2021, chiefly buoyed by sales of the DBX SUV developed under Palmer’s watch, and which accounted for more than half of sales – substantial loan repayments still held back its financial performance last year.

This morning’s trading update gave notice that it had missed its forecasts for 2021, with the final figures set to be formally confirmed next month.

Aston Martin’s share price has fallen almost 90% since the company was floated in 2018 and the potential loss of the firm’s boss is likely to be regarded as another setback for Stroll’s ambitions to return the firm to profitability and grow it into being regarded as Britain’s Ferrari.

Armstrong, a long-term Ford employee, has most recently served as transformation officer for Ford in South America and India following stints as president of Changan Ford in China and Chairman of Ford of Europe.

He has also served as chief operating officer of Volvo, overseeing its sale to Geely, held senior positions at Jaguar, and was close to Aston Martin when it was Ford owned as part of its Premier Automotive Group (PAG).