A joint venture between the Volkswagen Group and Northvolt will be set up to establish a 16 GWh battery cell gigafactory in Germany. 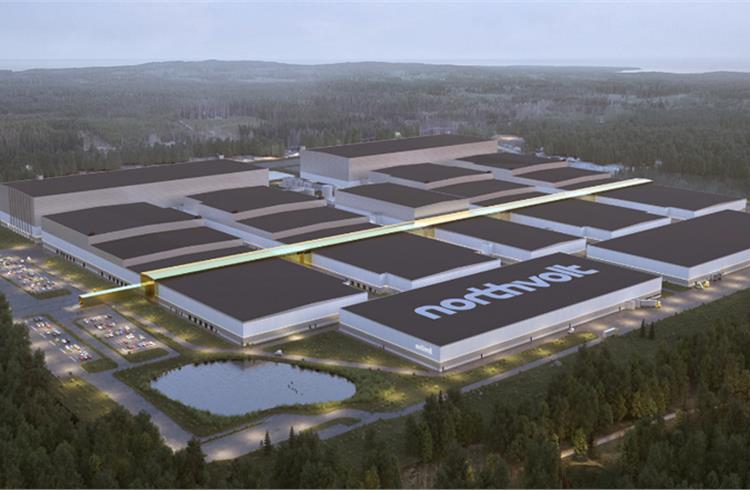 Northvolt AB today announced that it has managed to raise $1 billion equity capital raise to enable the setting up of Europe’s first homegrown gigafactory for lithium-ion battery cells, Northvolt Ett, in Skellefteå, Sweden. In cooperation with the Volkswagen Group, the company also announced plans to establish a second gigafactory with an intended location in Lower Saxony, Germany.

“Today is not only a great milestone for Northvolt, it also marks a key moment for Europe that clearly shows that we are ready to compete in the coming wave of electrification, and that we will do so using battery cells which carry the lowest CO2 footprint possible,” said Peter Carlsson, co-founder and CEO of Northvolt.

“With these world-class financial and industrial partners coming together and getting behind our mission, we see a tremendous opportunity and momentum for further capacity expansion and product innovation over the coming years. This is only the beginning,” said Peter Carlsson.

Volkswagen Group together with funds managed by the Merchant Banking Division of the Goldman Sachs Group, Inc will lead the equity fund raising alongside equity being provided by the BMW Group, AMF, Folksam Group and IMAS Foundation.

Volkswagen plugs in
Volkswagen is investing 900 million euros in joint battery activities with Northvolt AB. Part of the amount is intended for a joint venture with the Swedish battery cell producer, while a further share will go directly to Northvolt AB.

A 50/50 joint venture to build a 16 GWh battery cell factory in Europe is planned during the course of this year. The factory is slated to come up in Lower Saxony (Salzgitter). Construction of the production facility is scheduled to start, at the earliest, in 2020. Battery cell production for Volkswagen is slated to commence around the end of 2023/beginning of 2024.

Dr. Stefan Sommer, Member of the Volkswagen AG Board of Management responsible for Procurement, commented: “Volkswagen is laying the groundwork at all levels for the successful implementation of its electrification strategy. With Northvolt, we have now also found a European partner whose know-how and sustainable, CO2-optimised battery cell production processes will enable us to advance cell production here in Germany. The prerequisite for this is, of course, the creation of the necessary economic framework.”

Under its electrification strategy, the Volkswagen Group’s annual capacity requirements in Europe alone from 2025 are in excess of 150 GWh – demand on a similar scale is expected in Asia.

Northvolt is a European supplier of sustainable, high-quality battery cells and systems. The company is currently setting up pilot production of battery cells and a battery cell production facility with an initial capacity of 16 GWh in Sweden. Founded in 2016 to enable the European transition to a decarbonized future, the company has made swift progress on its mission to deliver the world’s greenest lithium-ion battery with a minimal CO2 footprint and the highest ambitions for recycling. Apart from Volkswagen AG, Northvolt’s industrial partners and customers include Scania, ABB, BMW, Siemens, Vattenfall and Vestas.