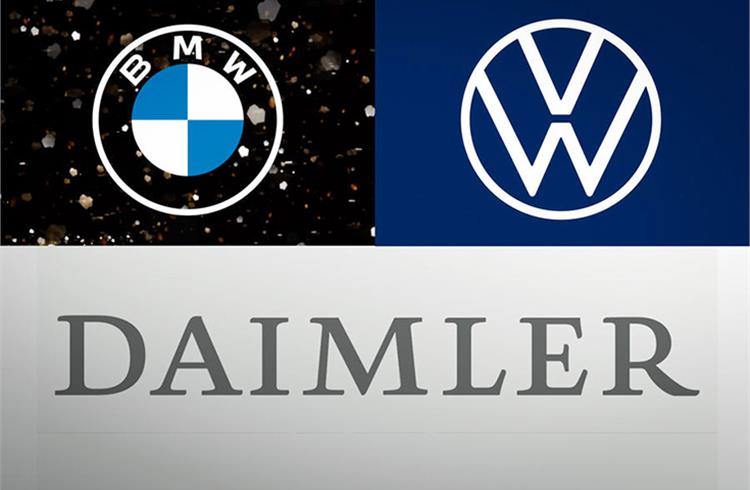 The European Commission has fined the Volkswagen Group and BMW a total of 875 million euros (Rs 7,233 crore) for violating antitrust rules by colluding with each other and Daimler to limit the use of emissions cleaning technology.

The commission said the three firms held talks a decade ago over the use of selective catalytic reduction (SCR) technology that injects AdBlue to reduce nitrogen oxide from the exhaust gases of diesel-fuelled cars.

According to the commission, the three firms colluded for more than five years between 2009 and 2014 to avoid competition on introducing technology that would clean emissions beyond the legal EU requirements.

Daimler was not fined by the commission, having been given immunity for revealing the existence of the cartel. The commission said that had Daimler not been immune, it would have been fined 727m euros (Rs 6,010 crore).

What the commission found
The investigation by the commission determined that the companies reached an agreement on the size of AdBlue tanks and the average consumption of AdBlue in their machines, which was achieved by sharing commercially sensitive information. That effectively meant the three firms knew they would not need to compete on the technology in the future, reducing the need to develop systems in areas that were relevant to customers, while violates European Economic Area regulations.

European Union antitrust chief Margrethe Vestager said: “This is the first time that the commission finds that cooperation on technical elements, as opposed to price fixing or market sharing, amounts to cartel behaviour. All companies acknowledged their participation in the cartel and agreed to settle the case.

“Every year, millions of new diesel cars worth billions of euros are sold in Europe. And many more are already in use. Not only users of these cars, but all citizens must be able to trust that car manufacturers compete with one another to reduce harmful emissions from their vehicles. But these companies did not meet these expectations.”

Manufacturers respond
In a statement, BMW noted that the European Commission “dropped most of its charges of antitrust violations” and said it had decided to agree a settlement to bring proceedings to an end.

BMW also noted that the commission’s investigation was based solely on competition law, and that it found no evidence the firms used so-called ‘defeat devices’ to manipulate emissions tests.

BMW added: “Unlike some of its competitors, the BMW Group never considered reduced, illegal emission control.”

In a statement issued to Reuters, Volkswagen said it is considering appealing its fine. It said: “"The commission is entering new judicial territory, because it is treating technical cooperation for the first time as an antitrust violation.”