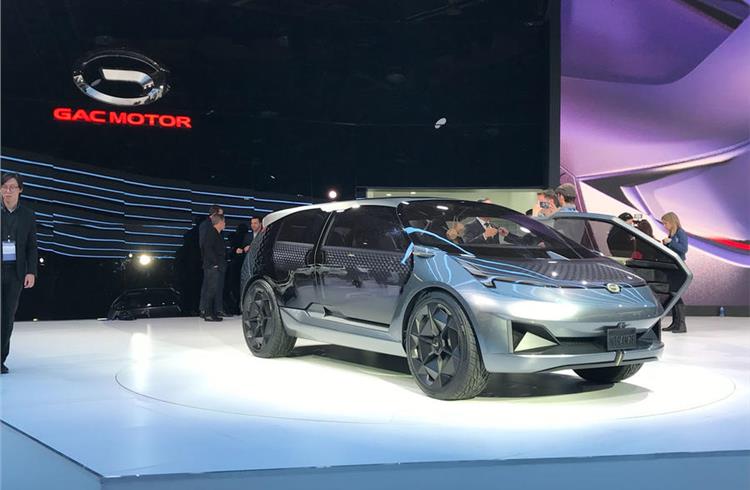 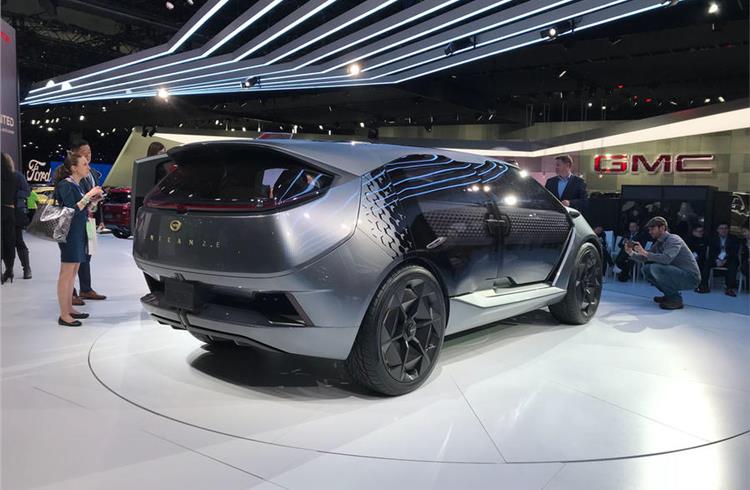 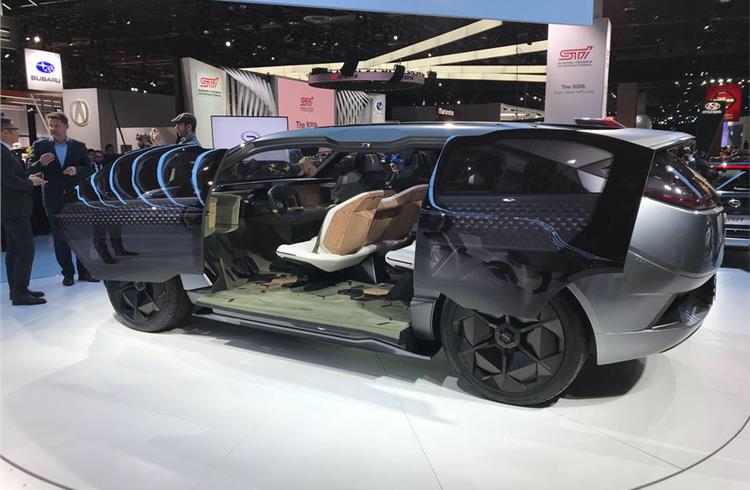 Chinese automaker GAC Motor has unveiled an electric concept car called the Entranze, which it says is designed for the American market, at the Detroit Motor Show.

GAC doesn’t currently sell cars outside of China, but it has ambitious growth plans that include an entry into the US market.

The firm also has a design centre in Los Angeles, California, where the Entranze was developed, and has just opened a large research and development centre near Detroit, Michigan. It's also planning to open what GAC boss Yu Jun called a “full US sales operation” in California.

The electric, SUV-style Entranze features an exterior that the firm describes as being shaped like "a sleek bullet". It has an unusual 3+2+2 seating arrangement, with three seats in the front, followed by two rows of two seats with a central, "airplane-style" aisle.

The machine is designed to have significant autonomous capabilities and make extensive use of voice and gesture controls. There are two side-mounted displays to control the car’s functions, with a large curved display for passenger entertainment.

Yu said the machine was developed around a “human-centric” philosophy, with a spacious interior that makes substantial use of renewable green materials, including cork.

While the Entranze is purely a concept car with no official plans for it to go into production, GAC displayed its full vehicle range at Detroit, further suggesting that it plans to enter the US market soon.