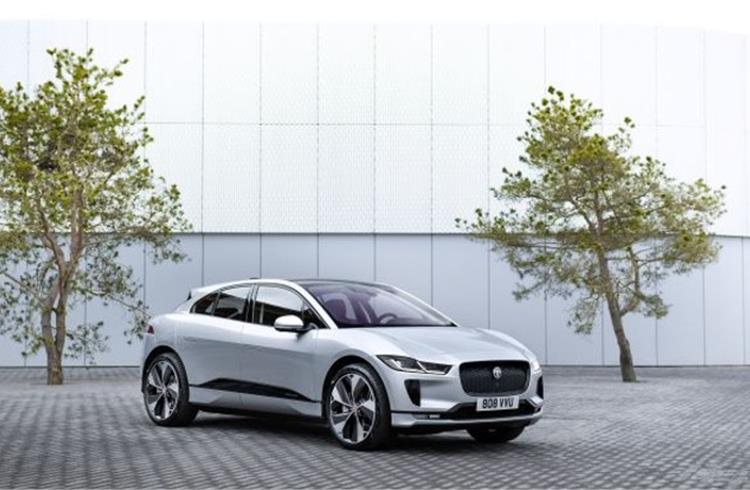 Hiring an electric car is currently a niche option. Even if you wanted to, you’d need to find a rental company with EVs in stock, hope they had one in the category you wanted and fingers crossed it wasn’t too expensive. Avis in the UK for example has a single model - the Jaguar I-Pace on fleet - and it’s only available in its upmarket Prestige fleet. Sixt’s only EV is a Volvo XC40 Recharge, among 42 other cars. But Hertz is looking to change that with a $19 million (£14 million) investment into European electric hire car start-up UFO Drive. “The deal signals Hertz’s commitment to electric vehicles,” the company said in a statement.

Hertz has had a rollercoaster couple of years. It declared bankruptcy early in 2020 after business evaporated in the pandemic. It then managed to reverse that bankruptcy last year after its almost worthless shares were seized on by individual investors in the stock craziness, then further excited the US stock market in October by announcing it had placed an order for 100,000 Teslas, the largest single order for the electric brand.

"Electric vehicles are now mainstream, and we've only just begun to see rising global demand and interest," Mark Fields, the interim CEO of Hertz and former CEO of Ford, said at the time.

The investment is an important moment in the career of Irishman Aidan McClean, CEO of UFO Drive. The Luxembourg-based company is one of very few that has managed to crack the conundrum of how to successfully offer electric car hire.

In the process, the company impressed Hertz so much the US company made the investment and is expected to use UFO’s back-end digital platform for its own electric rental scheme.

McClean, a former banker, started the company in 2017 and UFO Drive now operates in nine countries, including the UK. His motivation was frustration. “I was pissed off at car rental. I travelled all over the world and couldn’t stand the process,” he said.

His dream was a 100% digital process. No human contact, no faff at the check-in desk, just unlock the car using the app and go. The electric part was partly due to his environmental convictions and partly because “no one else was doing it”. The dream is now the reality, and should be for Hertz customers too once the scheme has been fully integrated.

The digital element was just as important to running the company. “Managing electric cars is completely different to managing combustion-engine cars,” McLean said. He recalls one of the global firms who trialled electric hire from Luxembourg, but didn’t change its processes. “Customers were still being asked what fuel option they wanted,” he said. It also failed to support customers once they’d driven off. “There was no charging support. Customers were driving off into the wilderness and going, ‘what now?’”

The same app that UFO customers use to book the car also supports them over the rental period, monitoring range and finding chargers. The company claims to link with 150,000 charge points across Europe, including Tesla’s network and those run by Ionity. The app only links to smart chargers to ensure they’re not in use and uses What3Words to pinpoint the exact location. “We want to make sure range anxiety doesn’t exist,” McClean says. Electricity charges are included in the rental.

The key to making rental profitable and cost-effective is utilisation, ie making sure the cars are being rented out for the maximum amount of time. This is trick with EVs. “You put fuel in a combustion engine car and clean it in 30 minutes. You can’t do that with EVs, it takes you three hours to charge it,” McClean said.

Cars are plugged-in by customers on return and then contracted cleaners get to work preparing it for the next one. UFO Drive has about 200 of its chargers at its 18 locations.

Electric cars have proved more popular in car share schemes such as Zipcar where they are rented by the minute from mostly on-street parking spots. The economics of that model have made them more expensive for daily rental.

UFO Drive also offers subscriptions for those who want the car longer, further cutting the daily cost. You still open the car via the phone and electricity is free, and one UFO quote we found online was £2046 a month for a Model 3, vs £104 a day, saving around a third. However, it’s more expensive than the traditional option of leasing.

Users are mostly city-dwellers without a car who need one temporary use, and McClean reckons he’s converting them to EVs. “80% of customers say they’ve never even been in an electric car, but 97% say they would return.”

The end of “…or similar”

A bugbear of UFO Drive founder Aidan McClean’s is the phrase ‘…or similar’, meaning you might think you’re getting a VW Golf but you probably won’t. “I don’t think I’ve ever got a car I wanted from a rental company,” he said. It’s one of his 10 Pain Points of Rental and says he’s ending that. In part that’s because customers are interested in driving specific cars.

He started with the Tesla Model S, and has since moved to Model 3s and VW ID3s, but is looking to expand the range based on customer preferences. The Jaguar I-Pace and Audi E-tron failed the interest test - “we got rid of those”. Generating most enthusiasm currently are the Teslas, VW IDs (“we’ll get a lot more VWs”), the newest Hyundai EVs and the Ford Mustang Mach E, coming soon to the London fleet.