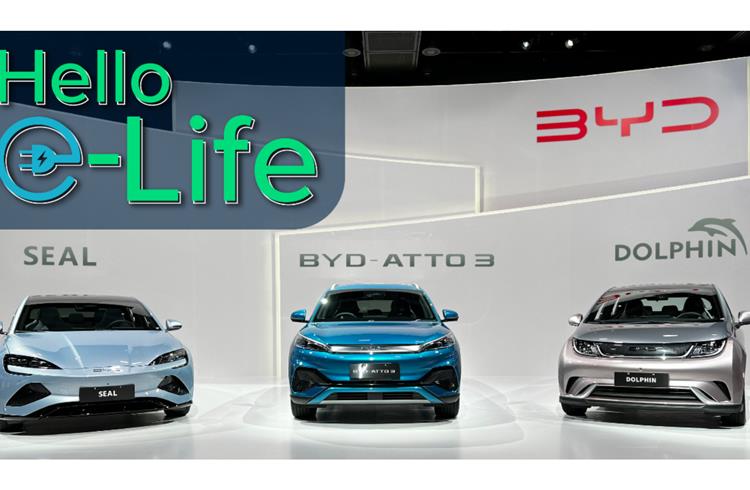 While the ATTO 3 is expected to go on sale in January 2023, the Dolphin and Seal respectively will be available for purchase in the middle and second half of 2023.

BYD Chairman and President Wang Chuanfu acknowledged BYD’s long relationship with the Japanese market and said: “With the support and expectation of consumers, BYD officially hits the new energy passenger vehicle market in Japan. The longest journey starts with a single step, and we greatly cherish this business opportunity."

BYD sells 641,000 EVs in first-half 2022, goes ahead of Tesla
BYD, which is based in Shenzhen and backed by American billionaire magnate Warren Buffet, sold 641,000 hybrids, plug-in hybrids and electric cars worldwide from January to June, 134,036 of those in June. Tesla sold 564,000 electric cars in the same period.

BYD sold 600,000 electrified vehicles in 2021 and is chasing an ambitious self-imposed target of 1.5 million for this year. Its American rival, meanwhile, has suffered setbacks as a result of shipping issues, battery shortages and Covid-related shutdowns in China.
nn
This is just the latest landmark for BYD, which in June surpassed Volkswagen to become the world’s third-largest car maker based on market capitalisation. Its market capitalisation was rated at $128.8 billion (£106bn / Rs 1,015,845 crore), compared with the German company at $117.5bn (Rs 926,722 crore).
BYD stopped production of all pure-ICE models permanently back in April, with the final model leaving production in March. Its focus now is EVs, with plans for both electric cars and trucks, plus it has plans to expand its PHEV production. It also has a vested interest in electric buses.