Just 40 examples of track-focused, Chiron-based hypercar will be made by firm's new coachbuilding division; it'll be revealed today. 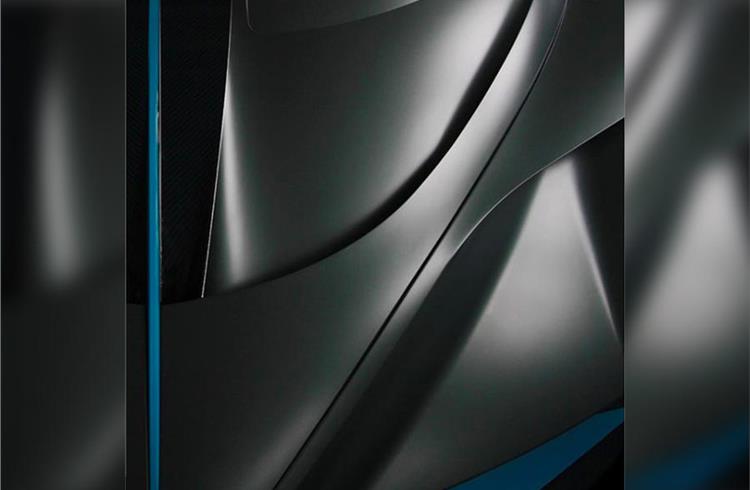 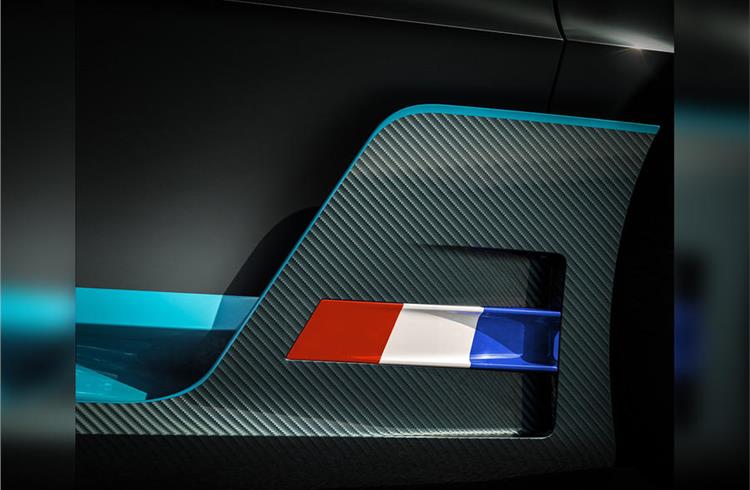 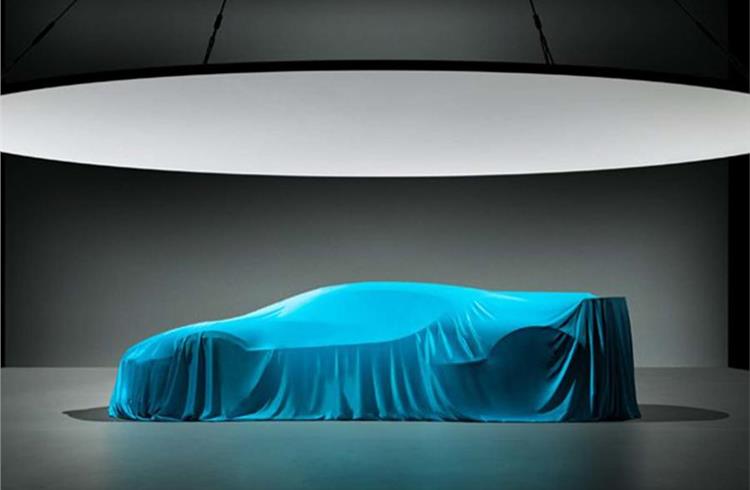 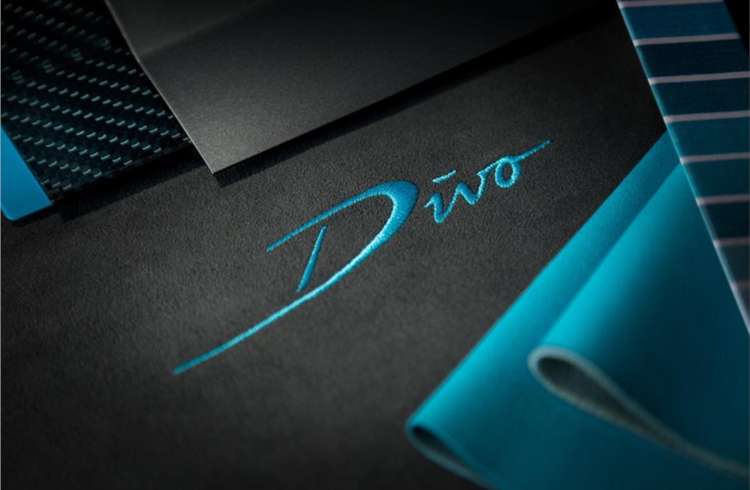 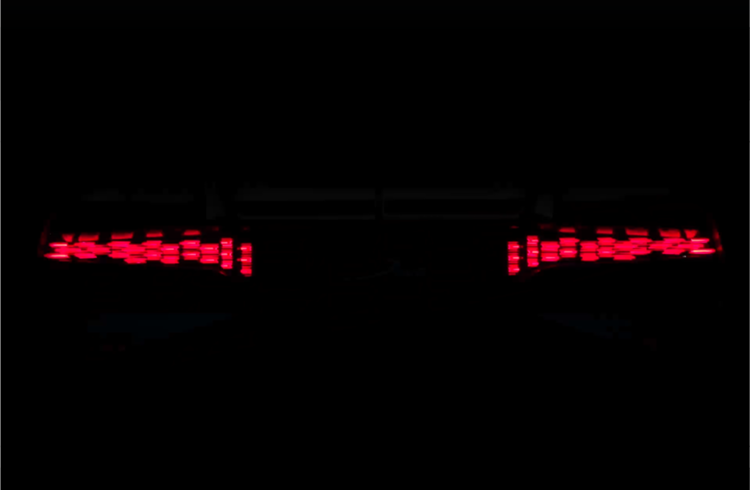 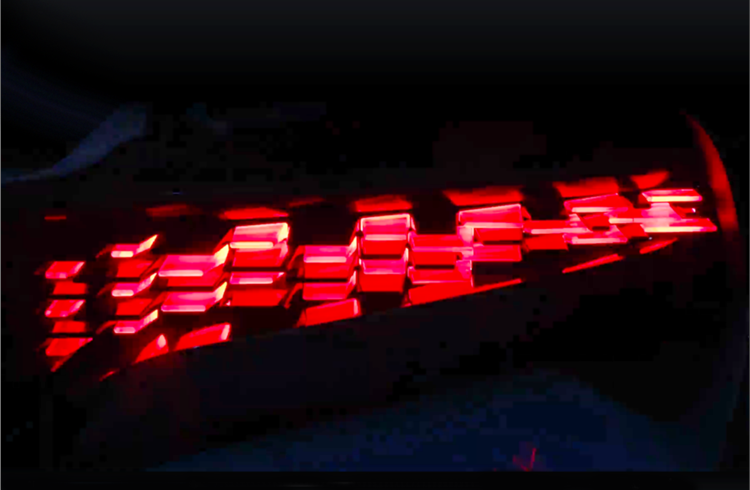 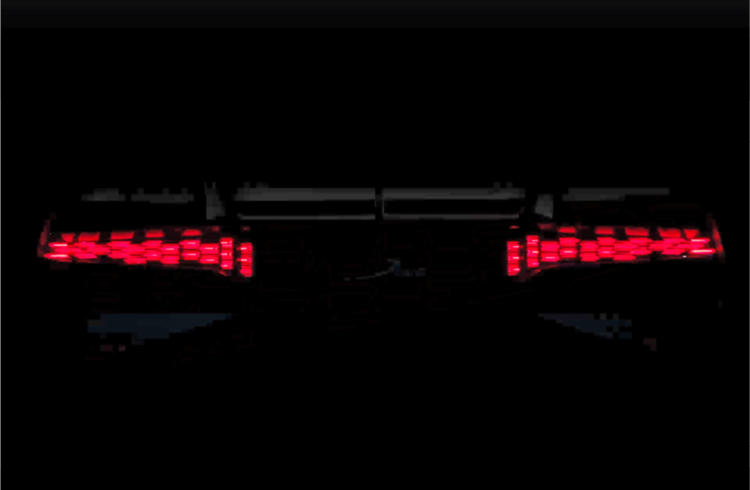 Bugatti has shown part of the bonnet of its Chiron-based Divo hypercar on social media, as well as a shot of the car under a sheet ahead of its launch today. The latest shots reveal the car's shape and some of its proportions before its styling is revealed at Pebble Beach.

Few details of the Divo have been revealed so far, but the latest glimpse of the car under a silk sheet suggests that the car will have a large stability fin at the back, as well as a dominant wing extending past the back of its diffuser. It's also possible to see that the car's window line is completely distinct to that of the Chiron, with a rising shoulder underneath it, extending down from the back of the glass to the very front of the car. The wheel arches pull tension in the fabric, suggesting they're sharply extended from the main body.

A previous shot of the £4.42million (Rs 39 crore) machine's rear lights can be seen in a video released on social media, which also shows the outline of a large wing. Head of exterior design, Frank Heyl, also revealed that the Divo will move forward from Bugatti's current design: "We’ve kept and further developed our Bugatti design DNA features, but on top of that have also taken the opportunity to exercise our freedom and create a completely new form language.”

In a clip recently released by the brand, Divo project manager Pierre Rommelfanger confirmed that the car will be lightweight, downforce-focused and will generate more G-force than the Chiron, but is intended for use on the road, rather than being a concept car, show car or track-only special. The brand has confirmed that the car is intended for road use, as well as track use.

Another shot showing embroidered branding for the car reveals none of the performance-boosting revisions over the Chiron, but the hashtag ‘Built for corners’ suggests a set-up more suited to track driving than outright speed. Bugatti also lauds the car's "enormous downforce and G-forces".

The name comes from French racer Albert Divo, who won the 1928 and 1929 Targa Florio for Bugatti.

Bugatti hasn't revealed the car yet but confirms that Divo will be the first project undertaken by its newly resurrected coachbuilding division. "New, strong design language" suggests its look will be notably distinct from that of the regular Chiron.

Set to be revealed at The Quail Motorsports Gathering later this summer, the Divo will add to the series of editions that starts with the standard, £2.5 million (Rs 22 crore) Chiron and continues to the more lightweight, hardcore Chiron Sport.

The Divo is expected to follow the Sport in getting no alterations to Bugatti's 1479bhp quad-turbo 8.0-litre W16, but lightweighting measures, downforce-boosting bodywork, upgraded suspension and other corner-friendly mechanical tweaks are confirmed.

It’s likely that the Divo will complete the brand's line-up for the foreseeable future, given that it will be the third variant launched in two years. Bugatti will charge £4.42 million (Rs 39 crore) for each of the 40 Divos that will be made - a heavy premium over the other two models.

“Happiness is not around the corner. It is the corner. The Divo is made for corners. With the Divo, we want to thrill people throughout the world. With this project, the Bugatti team has an opportunity to interpret the brand DNA in terms of agile, nimble handling in a significantly more performance-oriented way," said Bugatti boss Stephan Winkelmann.

Last year, Bugatti set the record for the 0-400kph-0 run with a time of 41.96sec, but Koenigsegg broke this record twice a few weeks later. Koenigsegg also broke the production car speed record, which has remained unchallenged by Bugatti.

Bugatti hasn’t hinted at any motorsport intentions with the Divo, except for the location of its unveiling, but it would likely be a contender for the production car Nürburgring lap record.

To set the record, it would have to beat the Lamborghini Aventador SVJ’s time of 6:44.97. If it were to do so, it would make four of the five fastest production car laps from Volkswagen Group products, joining the SVJ, the current second-place holder, the Porsche 911 GT2 RS, and fourth-place Lamborghini Huracán Performante.