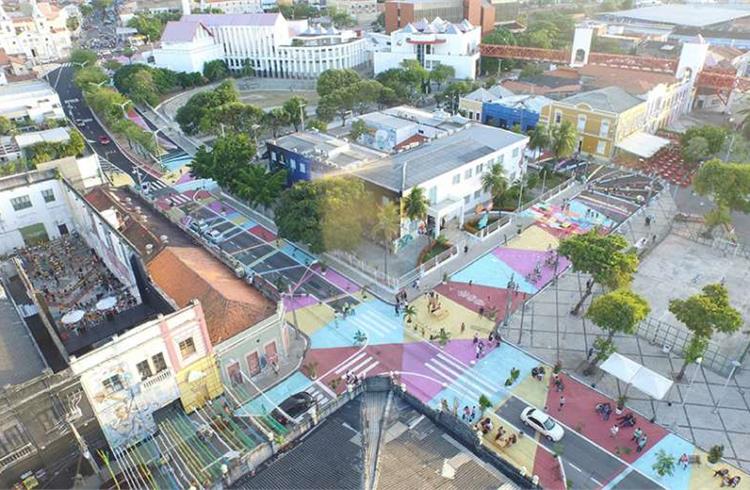 As Brazil battles one of the world’s deadliest coronavirus outbreaks, it can be proud of progress tackling another deadly global public health challenge. Following 6 years of extraordinary efforts, Fortaleza has met a 2020 UN goal to reduce road traffic fatalities by 50 percent.

Brazil’s fourth largest city stands out for saving 578 lives since 2014, reducing annual road traffic deaths from 377 in 2014 to 197 in 2019. Other cities struggling to do the same could learn from Fortaleza’s success reimagining road safety and improving the design of urban settings.

Today, 3,700 people will die on the world’s roads from preventable traffic crashes. Someone dies every 24 seconds. Road traffic crashes are the single leading cause of death for people ages 5 to 29 globally, causing 1.35 million deaths and an additional 50 million injuries annually.

Road traffic crashes are not simply a transportation challenge. They are a public health crisis.

The good news: A decade of lessons learned and global best practices from places like Fortaleza can guide countries taking up this second challenge.

Key lessons
- Governments need to fundamentally re-imagine road safety: Road traffic deaths are not an inevitable consequence of road travel, and prioritizing those most at risk—pedestrians, bicyclists, and motorcyclists—can significantly reduce the likelihood and the severity of crashes.

- Embrace smarter urban design: Too many roads are built for moving vehicles—not for moving people. When streets are designed for all road users, including pedestrians, bicyclists and motorcyclists, people can move more safely.

- Lack of sidewalk space, crosswalks, and limited bike lanes also lead to an unevenly matched battle for pavement; Fortaleza redesigned its streets to give pedestrians more access to areas once limited to cars, and expanded its network of bike lanes, tripling its cycling infrastructure.

Political will is a main driver of progress. Fortaleza Mayor Roberto Claudio’s administration has promoted road safety as a public health priority, joining Bloomberg Philanthropies’ global network of cities and experts dedicated to reducing road traffic fatalities and injuries. Fortaleza also invested in mass media campaigns, educating and empowering citizens to reduce the risks that lead to crashes, including drinking and driving and lack of helmet use.

The city also trained journalists to improve their reporting on Fortaleza’s interventions and road safety. They learned how to highlight key interventions including speed limit reductions, police trainings to strengthen enforcement of traffic laws, and redesigns of dangerous intersections, and received training on the significance of terminology surrounding these issues. For example, a 2019 study assessing news coverage on crashes involving cyclists and pedestrians found that calling these events “accidents” diminishes them as a systemic public health problem. Training helps journalists understand the critical role they play in raising road safety issues and rallying public demand for change. 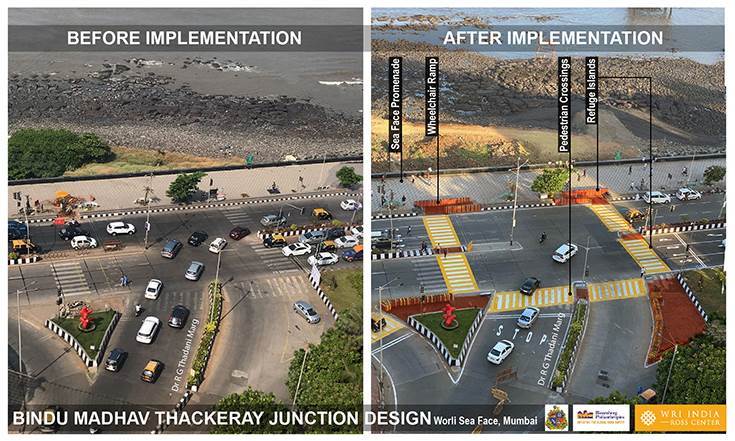 Mumbai has seen a 27% reduction in traffic fatalities since 2015, with improved road redesign, a mass media campaign to increase helmet use by motorcyclists, and stronger enforcement of traffic laws.

Latin America isn’t the only continent with lessons to share. Mumbai, India, also part of Bloomberg Philanthropies’ global initiative, has seen a 27% reduction in traffic fatalities since 2015 by employing a similar approach, including road redesigns to prioritize pedestrians, a mass media campaign to increase helmet use by motorcyclists, and stronger enforcement of traffic laws. In 2015, 611 people in Mumbai died from road crashes; in 2019, that number decreased to 447.

While comprehensive road safety improvements can be costly, they also can be cost-effective. WHO estimates that most countries lose 3-5% of their GDP as a result of traffic crashes. But investing in prevention is paying off.

Even when the road environment improves, getting people to act safely is critically important. Strong laws and increased enforcement—to uphold safe speed limits, curb drinking and driving, and encourage helmet and seat-belt use—make this feasible.

The use of strong and consistent public messaging is also key. Despite the high cost of media placement in some markets, mass media campaigns that show the devastating consequences of crashes are cost-effective drivers of behaviour change—as long as they are paired with police enforcement. Vital Strategies, a global health organization, and Bloomberg Philanthropies partner to help governments strengthen their public health systems, including conducting extensive research to understand what types of messages are most effective at changing risky behaviors in LMICs, and working with governments over the last decade to put findings into practice.

Road safety progress is possible in every country with political leadership, collaboration, and implementation of evidence-based solutions. Traffic fatalities should not be a consequence of development, and they are certainly not “accidents.” The UN has given countries a second chance to address a global public health crisis. All governments should seize that opportunity and act on it with a renewed sense of urgency. Millions of lives are at stake if they fail.

The Authors
Sandra Mullin is senior vice-president for policy, advocacy and communication at the global health organisation Vital Strategies.

Kelly Larson directs Bloomberg Philanthropies’ road safety program, which has invested $500 million since 2007 to save lives on the world’s roads. Since 2007, the initiative has saved an estimated 312,000 lives and prevented up to 11.5 million injuries.