Bosch says Powercell has developed cutting edge fuel-cell technology and its stacks provide an output of up to 125 kilowatts. 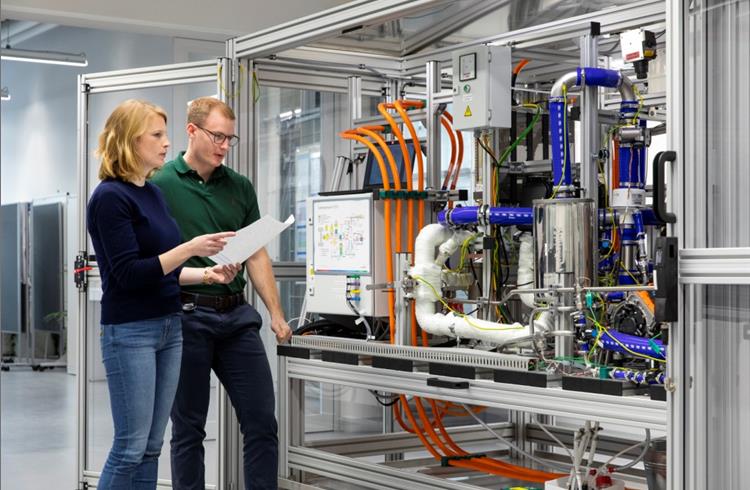 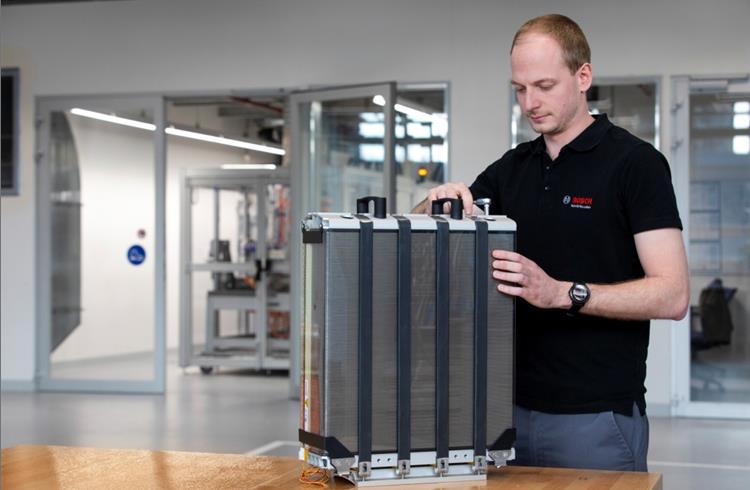 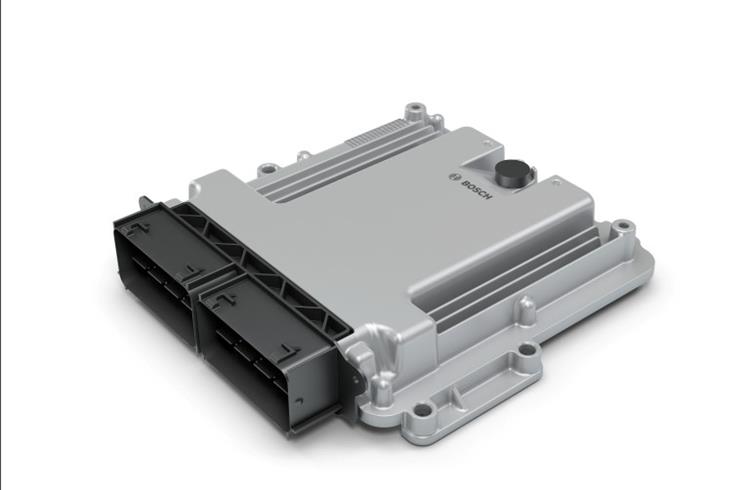 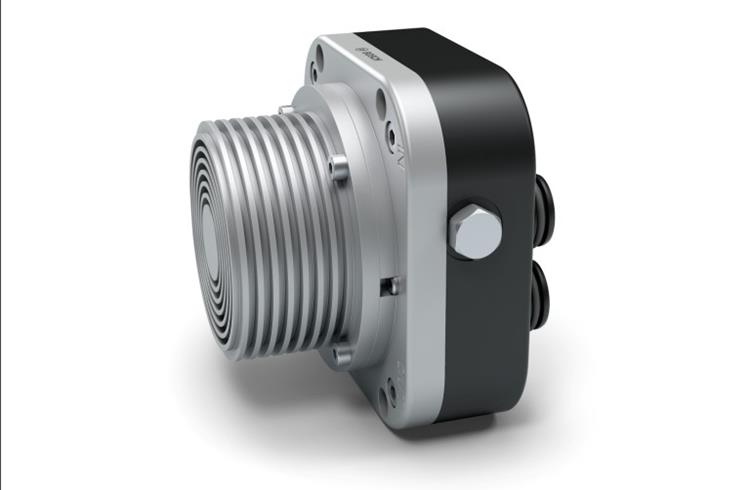 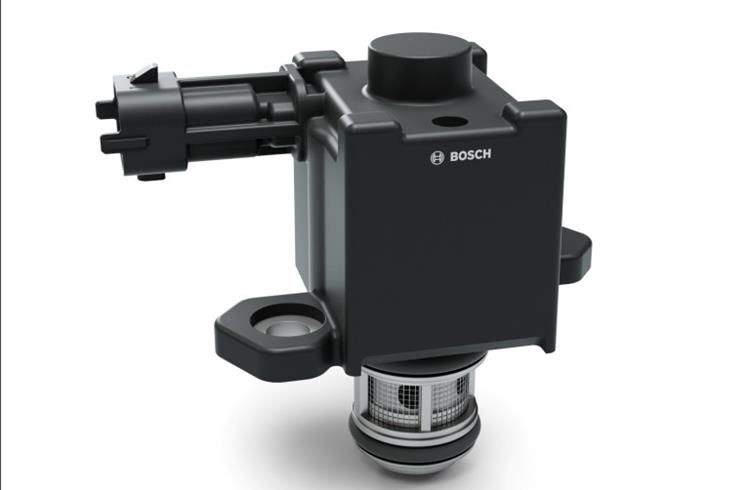 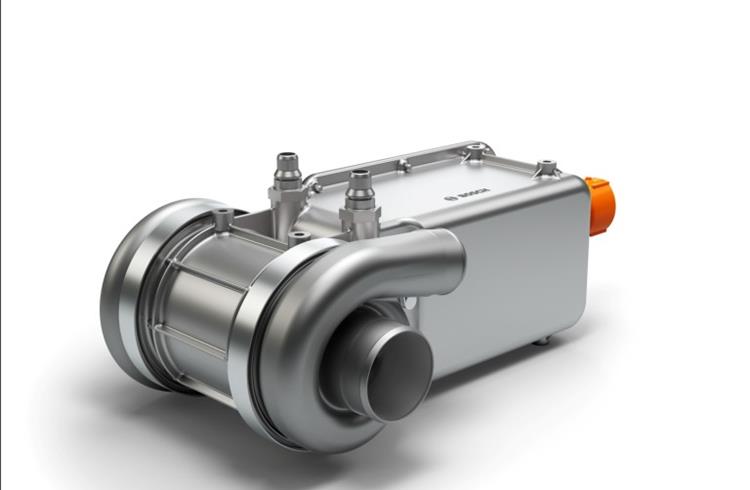 Bosch is entering the market for mobile fuel cells and working on achieving breakthrough of this technology in trucks and cars, for which it says crucial component will be the stack — as the core of the fuel cell, it converts hydrogen into electrical energy.

To further improve and manufacture these stacks, Bosch has now formed an alliance with Powercell Sweden, the Swedish manufacturer of fuel-cell stacks. Under the agreement, the two partners will work jointly to make the polymer-electrolyte membrane (PEM) fuel-cell ready for production. Bosch will then manufacture this technology under license for the global automotive market. Bosch says the stack will complement its portfolio of fuel-cell components, and will be launched in 2022 at the latest.

“In the fuel-cell domain, Bosch already has a strong hand, and the alliance with Powercell makes it even stronger. Commercialising technology is one of our strengths. We are now going to take on this task with determination and develop this market,” said Dr Stefan Hartung, member of the Bosch board of management and chairman of the Mobility Solutions business sector.

Bosch estimates that the mobile fuel-cell business is potentially worth billions of euros for the company in the long run. It estimates that as much as 20 percent of all electric vehicles worldwide will be powered by fuel cells by 2030. “With the combined weight of its clout and expertise, Bosch will provide our fuel-cell technology with the chance to gain a foothold in the automotive market. We couldn’t imagine a better partner than Bosch for this,” said Per Wassen, the Powercell CEO.

Fuel-cell technology for trucks and cars
Bosch believes the best opportunities for broad adoption of fuel-cell technology are in the commercial-vehicle market. The company says European fleet requirements for trucks call for a reduction of CO2 emissions by 15 percent on average by 2025, and 30 percent by 2030. The company view is that this target can only be reached by electrifying more and more of the powertrain, and the fuel cell can play a decisive role here.

The Tier 1 says once they (fuel-cell) have become established in trucks, the fuel-cell powertrains will then increasingly find their way into passenger cars. For this to happen, the cost of fuel-cell systems needs to be progressively reduced. The biggest cost item is the stack. It accounts for nearly two-thirds of the total cost of a fuel-cell system.

“Through commercialisation and widespread marketing of this technology, Bosch will achieve economies of scale and push down costs,” adds Hartung. Costs also have to fall when it comes to hydrogen. Currently, this fuel is mainly produced for industrial applications, at a kilogram price that frequently exceeds five euros (Rs 390). As production grows, the price should fall. One kilogram of hydrogen contains as much energy as about three litres of diesel. For 100 kilometres, a modern 40-tonne truck requires seven to eight kilograms of hydrogen.

Hydrogen as a green fuel
The technology uses green electricity, and the production of hydrogen can be climate-neutral. Bosch says there are various industrial enterprises working to perfect this process. In addition, there is a small network of more than 60 hydrogen filling stations in Germany, and this number is set to rise. The hydrogen tank can be refilled with highly compressed gas in a matter of minutes. In the fuel-cell (or fuel-cell stack as an assembly of such cells is called) the hydrogen reacts with oxygen. The end result – apart from water as a by-product – is electrical energy. This can be used either to recharge a battery in the vehicle or to directly power the electric motor. By flexibly combining two or more stacks, the power requirements of all kinds of vehicles can be covered, from passenger cars to heavy trucks.

With its 60 associates, Powercell is gradually moving from manual production of fuel-cell stacks to ramp-up of a semi-automatic production. Bosch says Powercell has developed cutting edge fuel-cell technology and its stacks provide an output of up to 125 kilowatts. Headquartered in Goteborg, Sweden, the company was spun off from the Volvo Group in 2008. It already supplies fuel cells for use as prototypes in trucks and cars.

Further alliance for stationary fuel cells
In addition, PEM fuel cells, it (Bosch) is already actively involved in solid-oxide fuel cells (SOFC). Since the middle of last year, Bosch has been working with the British specialist Ceres Power to further improve SOFC technology for applications such as distributed power supplies to factories and computing centres. The idea behind the technology is to have small power stations set up throughout cities, as well as in industrial areas. Because these standardised plants are highly flexible, they will be able to cover peak demand better than conventional plants. The aim is for one SOFC module to generate 10 kilowatts of electrical power. Where more electricity is needed, any number of modules with the same output can simply be interconnected.