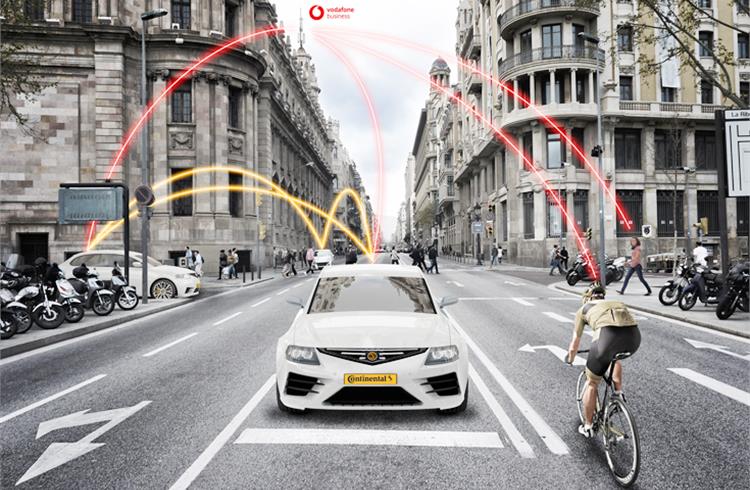 At the 2019 Mobile World Congress (MWC) in Barcelona (February 25-28), technology company Continental and telecommunications group Vodafone will showcase the first results of their innovation partnership and demonstrate how new communication technologies can prevent thousands of accidents every year.

Last years, the partners announced that they would be working together to increase road safety. The first results confirm this – state-of-the-art communications technologies such as 5G, cellular vehicle-to-everything (C-V2X) and mobile edge computing help to better protect all road users. The 5G-ready tests are taking place under real-life conditions at Vodafone’s 5G Mobility Lab in Aldenhoven, Germany. A start of series production based on these technologies is planned for the beginning of the 2020s.

Even though the number of traffic fatalities has been falling for years as a result of ever better safety and assistance systems, the number of road accidents is rising. Vulnerable road users are particularly affected. For example, about a quarter of traffic fatalities recorded by the German Federal Statistical Office in 2017 were cyclists and pedestrians. Thereof, more than 30 cyclists died in the same year solely because turning trucks or buses crossed their paths.

“We are working strenuously every day to reduce the potential risks for vulnerable road users,” says Johann Hiebl, head of the Continental Body & Security and Infotainment & Connectivity business units. “To this end, we are ensuring the best possible connectivity of vehicles with each other and with their environment. Communication technologies, such as 5G, C-V2X and mobile edge computing, allow a large number of road users to communicate with each other at the same time, bringing us much closer to our goal. Together with Vodafone, we can bring about a revolution in road safety.”

“Our vision of a world without traffic fatalities, without accidents and without traffic jams is increasingly becoming reality. Following successful tests with our partner Continental, there could be cars on our streets that offer all road users more safety from as early as the beginning of the 2020s. Cars will become smartphones on wheels, with sensors and cameras that communicate in real time via mobile communications, warn of dangers and protect us,” says Hannes Ametsreiter, CEO of Vodafone Germany. 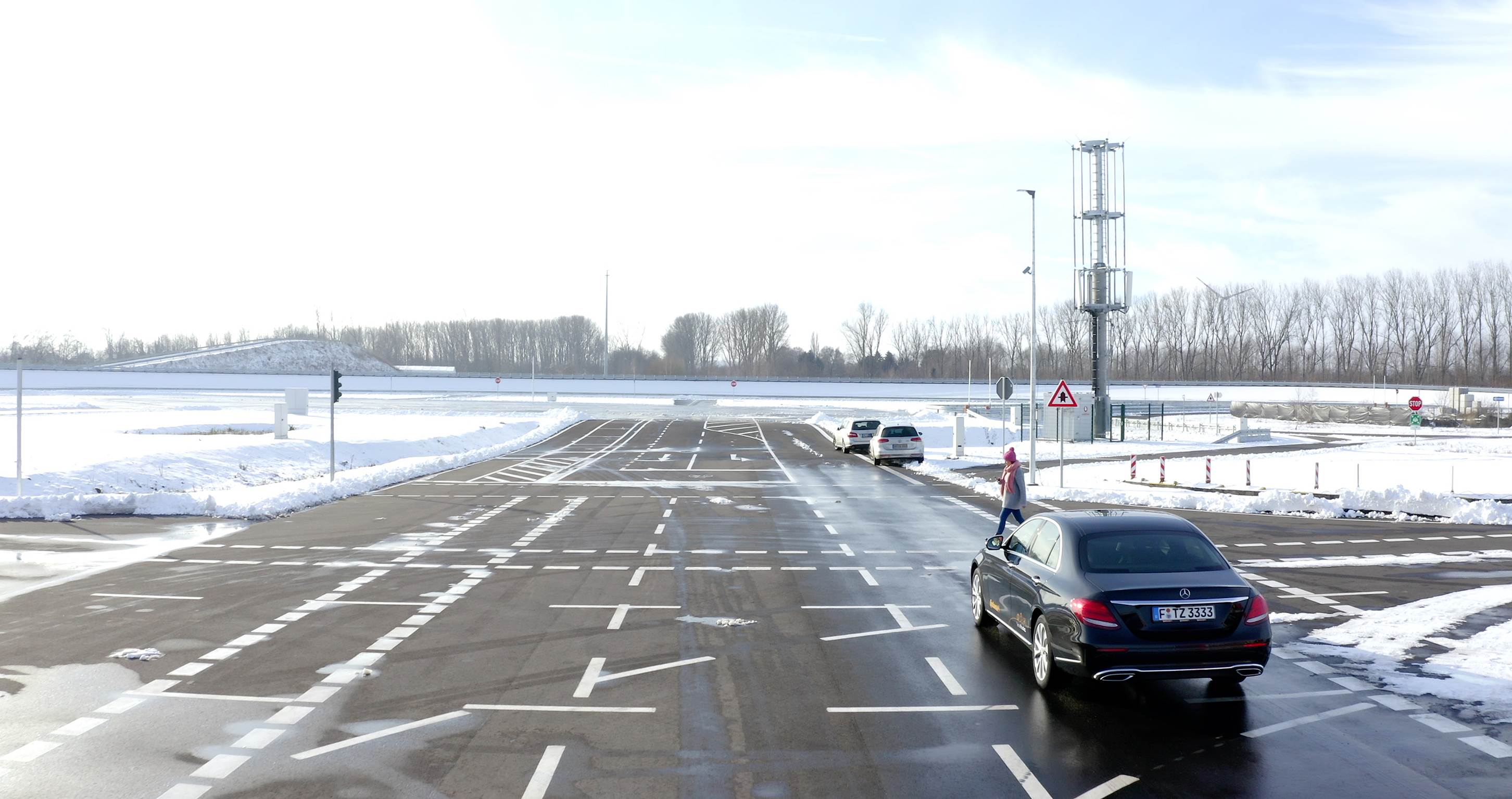 New possibilities for accident prevention
5G enables bandwidths of up to 10 gigabits per second, allowing for things such as real-time video streaming. The C-V2X mobile communications technology exploits the full potential of connected and intelligent mobility thanks to a combination of direct and network-based communication between vehicles, infrastructure and vulnerable road users.

One of the application scenarios researched by Vodafone and Continental is the digital safety-shield. Road users are equipped with a communications module – for cyclists and pedestrians this is a smartphone, and for cars a special V2X module. The road users exchange their position and direction of travel via a mobile network base station. If the system detects that paths are crossing dangerously, it issues a warning. This system is also able to protect cyclists from dangerous accidents as a result of vehicles turning across their path.

Cameras built into the vehicle and artificial intelligence on the network side (mobile edge computing), which recognize the intentions of pedestrians and cyclists, also provide more protection for pedestrians and cyclists. These technologies can detect, for example, a child who suddenly runs into the road chasing a ball or a person lying on the street. However, the data generated requires not only intelligent evaluation, but also lightning-fast data transmission in the millisecond range. This is achieved by combining 5G technology with mobile edge computing. Small 5G data centers with extremely short access times near to cell towers allow analyses to be carried out almost in real time with the aid of artificial intelligence. If the situation is actually dangerous, the detected vehicle and other road users in the vicinity are warned.

Mobile edge computing also relieves computing capacities in the vehicle and the higher-level data centers. It also renders expensive chipsets in vehicles unnecessary. “We have tested this system in the 5G Mobility Lab and the results are promising,” explains Hiebl.

The view through the vehicle in front
Furthermore, the tests confirmed that the new communication technologies can also be used to make visible visual obstructions in road traffic. The system uses the camera footage from a vehicle in front to alert the following vehicles of oncoming traffic, e.g. before overtaking on a country road.

Another application presented by Continental and Vodafone in Barcelona is a traffic jam warning system. Vehicles approaching the end of a traffic jam are notified of the obstacle long before they reach it. In this way, speed can be reduced sooner and dangerous emergency braking can be prevented.

Many of these functions tested by Vodafone and Continental can already be implemented with the existing LTE network, which allows higher data transmission rates through planned extensions. Developers are talking about LTE Advanced or 4.5G, and are calling their solutions “5G-Ready.” In the future, LTE and 5G technologies will complement each other in road traffic as best as possible to enable time-critical communication between vehicles.

Visitors at the MWC Barcelona can find Continental in Hall 6, Booth B50.