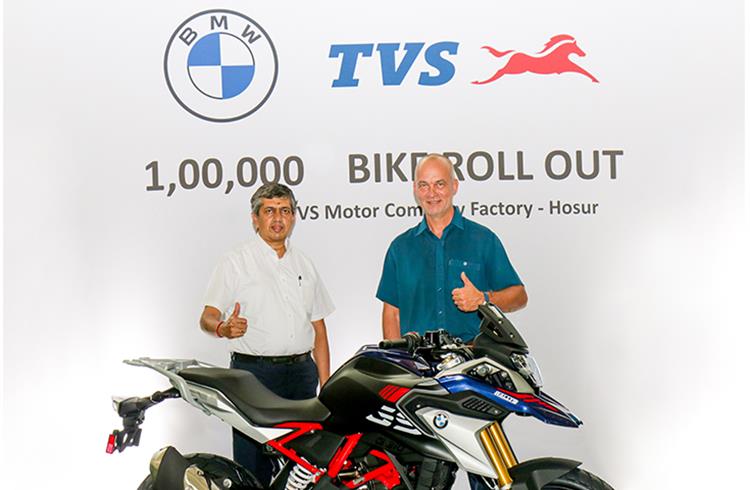 India's third largest two-wheeler maker, TVS Motor Company, has said that its growth, in both domestic and international markets will be better than industry. The company is also ramping up EV capacity to meet its target of 25,000 units by March 2023. TVS Motor has set aside investments worth Rs 750 crore for its EV business.

During the Q2 post earnings call, K N Radhakrishnan, Director and CEO, TVS Motor said that market sentiments for all the company's products have been very positive. “We are optimistic that the demand in the domestic two-wheeler market will continue. With our product range, premiumisation, new product line-ups and other measures, our growth will be better than that of the industry — in both domestic and international markets,” said Radhakrishnan.

Export markets like Africa, South-East Asia, the Indian subcontinent, Central and Latin America among others have also been impacted due to external macro-economic factors like the ongoing Russia-Ukraine war, currency fluctuations, slowdown in the customer sentiments among others.

“These are predominantly two-wheeler markets for us and hence we have moderated despatches to these countries. Retails have now started to pick up,” he added.

TVS also expects improvement in the semiconductor supply during the third and fourth quarters.

The company introduced price hikes of one percent in 2QFY23 in both domestic and exports and 1.1 percent in October 2022 for the domestic market. Commodity cost increase had an impact of 1.5 percent in 2QFY23. However, most of the impact was offset by price revisions and mix benefits. The market commodity prices had started softening after reaching the peak level and will moderate during the second half, Radhakrishnan said. 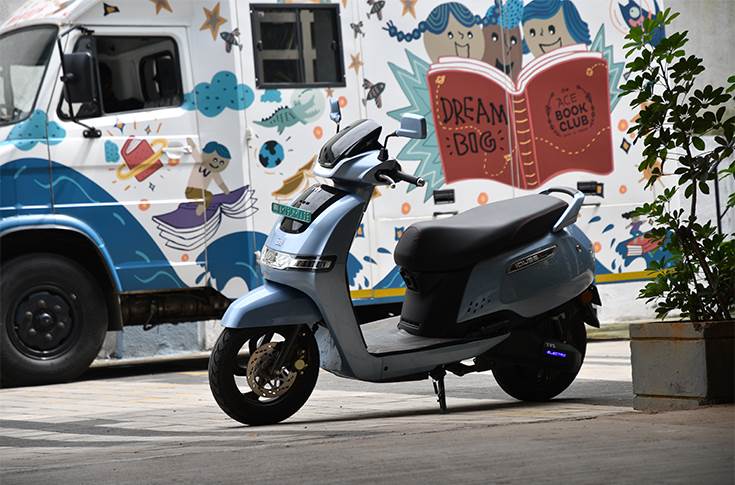 On the electric vehicle segment, Radhakrishnan said, iQube is ramping up well, with around 8,000 units wholesale registered in October 2022 (2QFY23 – 16,000 units).

On the company's future plans, TVS Motor Company has lined up a series of new products to complete the category and to cater different segments. “We have planned for around Rs 750 crore Capex in 2022-23, predominantly it is towards EVs. EV is an important strategy and in the 12 quarters we will look at a full product pipeline,” he said. Of the total Rs 750 crore budget, the company has already invested Rs 320 crore.

Responding to a question on whether the company will be looking at hiving off the EV business into a separate subsidiary, the management said, “We are evaluating all the options including carving EV off as a subsidiary.”

Radhakrishnan said that the company has reported 3,500-unit sales of the recently launched Ronin in October 2022. At present, TVS sells Ronin only through selected dealer outlets.

On Norton, the British motorcycle brand that was purchased in April 2020 for GBP 16 million, he said, “products are getting ready this year and customers will get their products delivered.” In October, Norton Motorcycles unveiled two improved variants of Commando 961 motorcycle in the UK.

Analyst’s take
On TVS Motor's performance, Motlilal Oswal said, “we estimate TVS’s pace of volume outperformance over the domestic two wheeler industry to slow as the gaps in its product portfolio have largely been plugged. Volume growth is expected to be driven by new product launches (Raider, Ronin) in the domestic market as well as a ramp-up in exports. We estimate TVSL’s two-wheeler volume to grow at 13.5 percent CAGR over FY22-25E.”

The research firm added that TVS Motor earns around 40 percent of its overall earnings before interest, taxes, depreciation and amortisation (EBITDA) from the domestic Scooter business, making it vulnerable to an EV disruption in the listed two-wheeler space. Any value discovery of its EV subsidiary can act as a re-rating catalyst.

TVS Motor has said that higher investments were made in all key brands with better availability of vehicles and launch of TVS Ronin and new TVS iQube Electric. As part of the EV strategy, specialised resources were added in the areas of software, electronics and digital and analytics to further augment the team.

According to FADA's data, TVS Motor market share in October grew marginally to 15.89 percent from 15.50 percent in October 2021.