Vinkesh Gulati: ‘FADA will be a coordinating body with separate verticals, in 4-6 years.’ 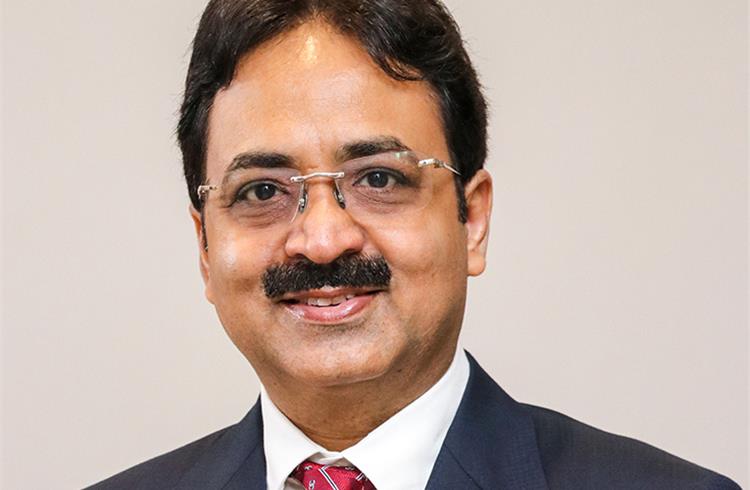 Vinkesh Gulati, the newly elected president of the Federation of Automobile Dealers Associations (FADA), talks about the auto industry’s on-ground performance, outlook, and new initiatives being planned by the apex body of automobile retailers, in an exclusive interview with Sumantra B Barooah.

With the start of Unlock 1.0 in June, the industry has been witnessing sequential growth in sales. How much of this is due to actual demand and how much is based on expected demand?
The August 2020 numbers are good and there is marginal improvement. However, the kind of improvement that we are witnessing is majorly due to supply chain being restored but it is still not converting to actual demand on the ground. In the case of some OEMs, inventory is being restocked, and in some places inventory is being increased in expectation of the festive season.

How is the retail scenario currently?
Currently, passenger vehicles have improved well. Improvement in the two-wheeler space is lesser than expected. We didn’t expect any growth in commercial vehicles and three-wheelers. Growth in these two categories is unlikely at least in the next two quarters. In terms of future demand, the festive season till December is expected to be good. Everybody is expecting to be able to do the required numbers. That is the reason why we are picking up the vehicles from the manufacturers.

The year-on-year fall in growth for passenger vehicles is reducing faster than two-wheelers. Three recent growth triggers that helped the industry are Onam in the South, Janmashtami in Gujarat, and Ganapati festival in Maharashtra.  September will be a low month as the inauspicious period of Shraddh falls on this month. From September 18 to the Navratra days, which starts on October 17, is also considered to be an inauspicious period. Things will be dicey/tricky for around 45 days from the beginning of September. There will be improvement in enquiries, order bookings. And inventory building, to a good level, or over and above that, depending on the manufacturer.

Is the retail industry taking any measures to prevent repeating the inventory pile-up problem of 2018/19?
Currently, we are only advocating. The dealers are also trying to work on it. Wherever the stocks were not available when the June/July pent up demand came, the dealers are trying to overstock themselves so that at least they are not stocked out in the festive season again. But, obviously dealers have become very cautious and if October doesn’t go well and they have adequate stock for November then some dealers may not like to pick up vehicles from OEMs and stock up again. We all, individually and as FADA have understood that this is one cost which is a burden on us. We are close to two years after the November 2018 inventory challenge. Everyone has learnt it the hard way that this is not a beneficial thing for us. But at the same time, in India everybody has hope and expects of good times to come. We will take a risk for another month. But by October if things don’t go in the right direction then again FADA will have to step in. We are keeping our fingers crossed.

As the new FADA president, what will your top priorities be?
The key priority of FADA is the well-being of dealerships. The first priority will be dealer profitability. We have already shared a survey finding stating dealer margins across OEMs. We are pushing OEMs to increase dealers’ profitability. We will be doing the survey regularly to represent them and talk about various factors like inventory.

Second is the MSME status (for auto retail industry), which has been announced but it’s not yet a government order. That’s another priority. We are working to have it as early as possible so that it benefits something in the financial part.

One big thing which we are planning to work on is the Franchisee Act. A franchisee law provides a level-playing field between the manufacturer and dealer. We want to ensure that what has already happened in the case of MAN Trucks, General Motors, or UM, doesn’t happen again in the future. Additionally, if there’s a law, the dealer will also get due importance in cases where it doesn’t currently get. A law, or a rule, will also empower the dealer to take legal action against any erring manufacturer. Currently, the arrangement between a dealer and an OEM or supplier is covered under a normal contract agreement, and it’s usually lopsided. We will be working with other retail associations also for the franchisee law, as it will benefit all the retailers.

Another key step that we plan is to set up a two-wheeler vertical with FADA. Practically what happens is that the passenger vehicle dealer gets the podium faster because he is more intellectual, moves around people and so on. Usually in discussions on the auto industry, the two-wheeler segment doesn’t get the focus it deserves even as 75 percent of the auto industry’s sales come from the two-wheeler market. If you talk about dealership numbers, 75 percent are two-wheeler dealers. Similar story, if you talk about manpower also, but we are not able to give due importance to them. We are working on having state heads, and in times to come there will be an all India head for the two-wheeler vertical who will report to the FADA president. The issues of two-wheeler dealers are largely quite different from dealers of other segments, therefore we have to give them a proper forum.

Later, we have to create a vertical for tractors also. FADA has to be strengthened further. It has been strengthened at the national level. Some states have also come up very well. In four to six years, FADA will be a coordinating body. There will be separate verticals working under it.

During the pandemic period, sustainability has come under severe stress. How many dealerships may have exited the business during this period?
We haven’t conducted a survey yet, but we understand that there has been reduction in the number of dealership outlets. There has been a lot of rightsizing in the retail business. As of now there’s no report of any dealership shutting down during the pandemic period, but if October-December period doesn’t go as well as expected then there may be some new challenges.

The days of fancy dealership setups may be over. Is FADA advocating any guidelines for dealers to follow and enjoy better business sustainability?
What we have found is, having discussions with OEMs works better in this regard. I don’t see proper growth for two years. By 2021-22, you may see growth, but growth from a low base. The level of 2018-19 may be reached by 2022-23. Maybe, in these two years, we can educate ourselves about the right way to go about dealership infrastructure.