Suren Ruhela: 'Our goal is to better integrate phones and cars and give drivers an easier way to access the information they need'

Director, Program Management, Google Maps reveals what it is taken to come up trumps with the Indian motorist, developing a two-wheeler mode first for India and then other countries, the future growth path and lots more. 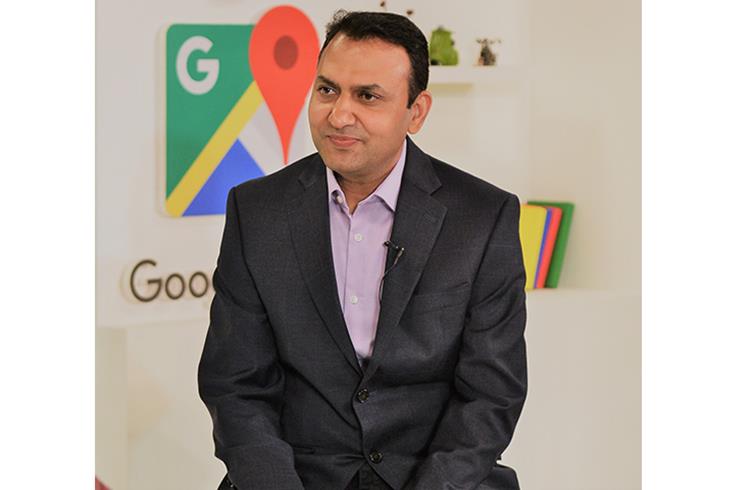 Google Maps has made travelling a lot easier and finding places is no longer a bother it once was. The Director, Program Management, Google Maps reveals what it is taken to come up trumps with the Indian motorist, developing a two-wheeler mode first for India and then other countries, the future growth path and lots more.

Google Maps is one of the most commonly used navigation software globally as well as in India. Can you let us know the number of active users in India and yearly growth?

While we don’t break down numbers on a country level, we can share that India is one of our top countries and there has been a 100 percent year-on-year growth in the Google Maps user base in India for each of the past two years. Also, India is amongst the top three countries from the Transit feature usage perspective.

What is the focus for Google Maps in the automotive industry, globally and in India?

To drive innovation in the automotive space, we have recently announced the Google Maps Platform – the next generation of our Google Maps business – which includes a streamlined API (Application Programming Interface), products, and new industry solutions to help drive innovation.

We offer solutions tailored for ridesharing and asset tracking companies. Taxi aggregators and ridesharing companies can embed the Google Maps navigation experience directly into their apps to optimise the driver and customer experience. Our asset tracking offering helps businesses improve efficiencies by locating vehicles and assets in real-time, visualising where assets have travelled, and routing vehicles with complex trips. 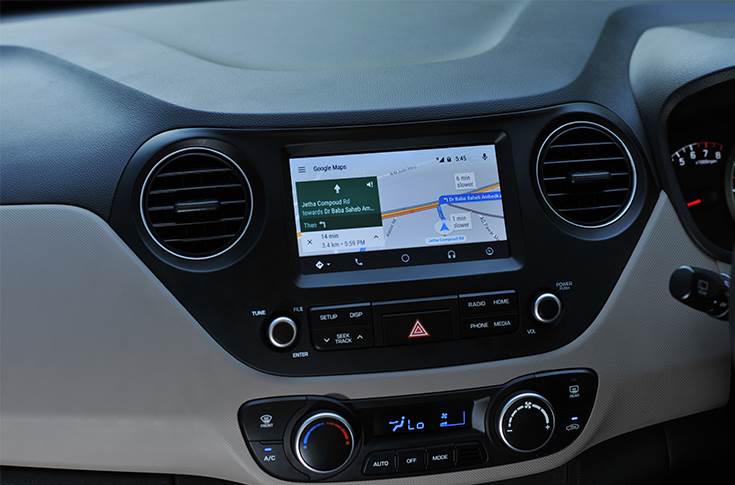 Ariel Spivak, Director, Android Auto & TV Partnerships:  When it comes to the in-car experience, with Android Auto drivers have an easy way to access key information such as navigation, streaming audio, and communications, while minimising distractions.

What are the challenges and opportunities that Google foresees in the automotive space?

Ariel Spivak: The Indian automotive industry is one of the largest in the world. The automotive space is going through an immense transformation from electrification to connectivity, and this definitely opens up opportunities for innovation.

On the consumer front, with the Android Auto platform, our goal is to better integrate phones and cars and give drivers an easier way to access the information they need. Since its launch, Android Auto has grown to be supported by 500 car models and aftermarket stereos. Android Auto is offered from more than 50 brands, with many more being added.

Android Auto was designed with safety in mind. With a simple and intuitive interface, integrated steering wheel controls, and powerful new voice actions, it is designed to minimise distraction so that you can stay focused on the road.

Google Maps introduced the two-wheeler mode feature in India, which was then replicated in other markets. How important is the Indian market for the company?

We know that for Indians, motorcycles and scooters are clearly the most common means of personal transport. In fact, India is the largest two-wheeler market in the world, with approximately 20 million two-wheelers sold in 2017-18, with sales growing at 14 percent year over year. And two-wheelers represent 70 percent of all registered motor vehicles.

But two-wheelers don’t always take the same route as four-wheelers, and travel times often differ. Moreover, two-wheelers are not allowed on some expressways and highways in India. By focusing on optimisations such as special two-wheeler-friendly routes, and landmark-based directions, this mode is aimed at helping two-wheeler riders to navigate to their destination safely and more effectively.

We already have millions of users across the country using two-wheeler mode. In addition to top metros like Delhi and Bangalore, what’s great to see is the high adoption in smaller cities like Bhubaneshwar, Bhopal and Agra amongst others. Over time, we are investing to make the experience even more accurate and more relevant in India.

What are the new areas of growth you foresee in India?

We have been building for India, and our goal is to make Google Maps more comprehensive, accurate and reliable for Indian users. To help users efficiently navigate their world, we continue to work at making the Maps experience more in tune with the unique challenges and opportunities of the Indian context.

For instance, in a country like India where addresses are unstructured and often lack street names, we have incorporated the use of landmarks, traffic intersections and flyover pillars to help provide directions – just as a local would.

During festivals and popular events, commuting becomes a task due to heavy traffic and jams. So, we started reflecting on popular events in India like Durga Puja, Ganesh festivals, marathons and Independence Day on maps. We are happy to be partnering with traffic police authorities on these as well as real-time updates on disruptions.

We have public transit schedules available across 18 cities in India, and we recently launched real-time bus timings in Kolkata. We expect the transit experience to become more real-time and localised as we move ahead. 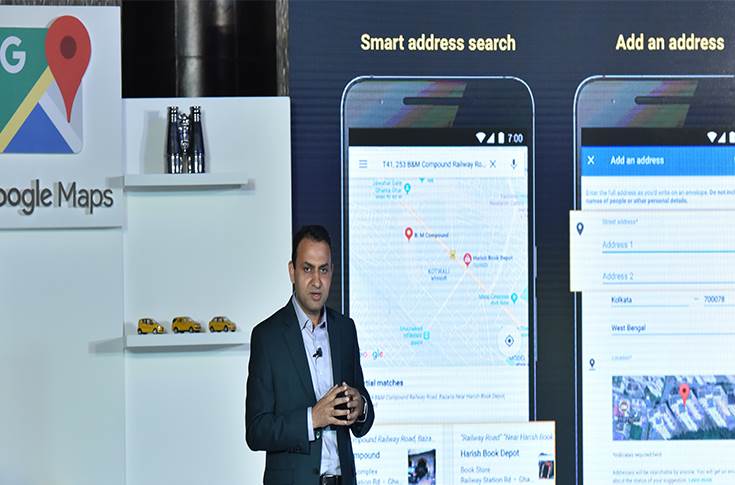 Suren Ruhela during the launch of the new Google Maps features

At Google I/O this year, we announced a redesigned Explore tab that features everything you need to know about dining, events and activity options in whatever area you’re interested in.

We are always looking for ways to make it easier for our users to navigate their world, and to make the experience more assistive and personal.

In terms of disruption taking place in the mobility industry globally, what are the new areas where you think Google Maps can play a key role?

Some of the areas in the automotive industry that have the potential to disrupt the status quo include ride sharing, delivery and logistics, hyper-local services, and asset tracking. We offer solutions tailored in these areas, where such companies can embed the Google Maps navigation experience directly into their apps to optimise the driver and customer experience. Our asset tracking offering helps businesses improve efficiencies by locating vehicles and assets in real-time, visualising where assets have travelled, and routing vehicles with complex trips.

On the consumer front, with the mission of providing a safe and seamless connected experience in every car Android brings a simple and powerful connected experience that’s purpose-built for driving – from Android Auto as a standalone app, to Android Auto projected in the dashboard of compatible cars, to automakers using Android natively for their vehicle infotainment system.

How are you addressing the challenge of mapping the length and breadth of India, given the fact that the road infrastructure varies hugely across the country?

We are always looking to make maps more reliable and accurate for all our users, and towards that effort we keep updating the routes and geo-specific information.

To make Google Maps more accurate, there are a variety of sources that we utilise, including third-party companies and a combination of machine-based algorithms. For example, our traffic data on Google Maps is based on ML models using data from a variety of sources, including users who contribute anonymous speed information through our traffic crowdsourcing feature and private data providers. We also engage with users to provide data
on roads (closures, restrictions) to us using the 'Send Feedback' and ‘Report a Problem’ features in the app. We are also exploring mechanisms to collaborate with traffic authorities to incorporate planned and unplanned changes to roads.

(This interview was first published in the June 1, 2018 issue of Autocar Professional)