Roland Folger: ‘The top priority would be plug-in hybrids’

Mercedes-Benz India's managing director and CEO explains that the government should stay clear of a one size fits all solution. 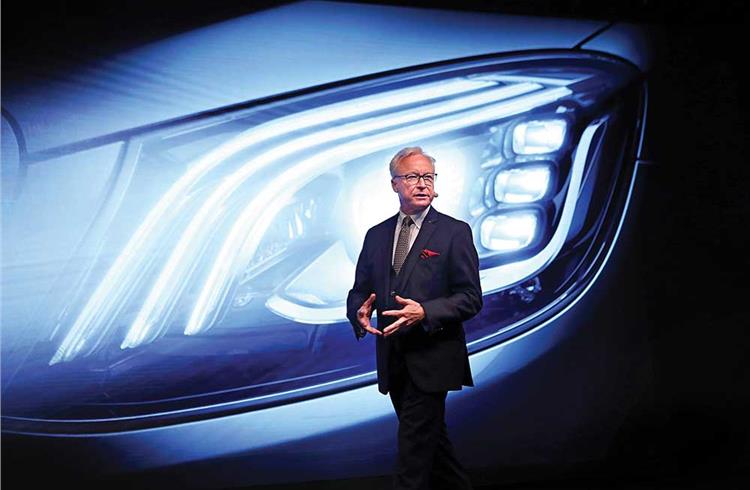 Mercedes-Benz India’s managing director and CEO on hybrid vehicles as the middle path to reducing pollution, the big challenge of setting up an electric vehicle charging network across India, the impact of Geely's investment and 10 percent stake in Daimler AG, and going BS VI for all diesel vehicle launches.

Following is an excerpt from the interview conducted by Nilesh Wadhwa

By launching the new BS VI S-Class, Mercedes-Benz India has taken a lead in meeting the new emission norms well ahead of the April 2020 deadline. What’s next?

As per my wish-list, the top priority would be plug-in hybrids because the combination of being able to drive your vehicle for up to 50km on electric energy will enable customers to charge the vehicle and battery overnight at their homes. You can drive the vehicle to the office and can charge it there as well, but for a daily commute, a 50km range is not an issue and whenever the customer requires higher range, you still have a normal engine in the vehicle.

So when one needs to go for long journeys, they do not need to worry about charging issues. It’s a combination of both worlds and it’s the optimum combination to lead in a more electrified future altogether.

But the government has been quite vocal that it does not see hybrid vehicles as a preferred option?

Hybrid vehicles are not the reaching point, they are an intermediary solution that might co-exist for a long time. I don’t believe in black-and-white situations because customers don’t decide it like that. Today in the Indian industry, the lower segment is dominated by petrol vehicles, middle-segment has a mix (diesel/petrol). And in the higher-segment, you see much more penetration of diesel engines.

I think it is also to do with when one has a larger vehicle. It is more helpful in terms of consumption and the emissions point-of-view to actually use a diesel engine. But in the lower segment, it is also a cost issue, so it is clear that a one-size-fits-all solution does not work. I think the government has an understanding, which is why it is moving away from electrification only. Moving ahead, there will be co-existing technologies in the future as well.

Many stakeholders in the automotive industry do not see EVs dominating sales globally or in India. But in India, the government has been aggressive on EV adoption by 2030. As a carmaker, is this a matter of concern for you?

There is no concern at the moment, as long as we can talk to the government and as long as we can convince them that there is an alternative out there and there has been no decision made on EVs (by the government). There was an announcement, which I think was done in the best of interest, to basically guide the industry and open up discussions.

I think a lot of electric (vehicles) only companies understood that this would be now a watershed moment and India will go electric-first. But they might not have seen (challenges) as what we see on a global basis is that the installation of a charging network to supply the power to these vehicles. Globally, even on the highways, it is a challenge. You simply cannot do this in India, it is not only a question of the power cost, it is a question of who is putting up all these stations? The government does not have the money, the power companies do not have that money. You simply cannot take a power station and put it next to a fuel station simply because you are not even allowed to use a cellphone at the fuel station because of the safety issue. You cannot share that (fuel station), it is all going to be extra investments on top of everything else. How that makes everything cheaper is completely beyond my understanding. 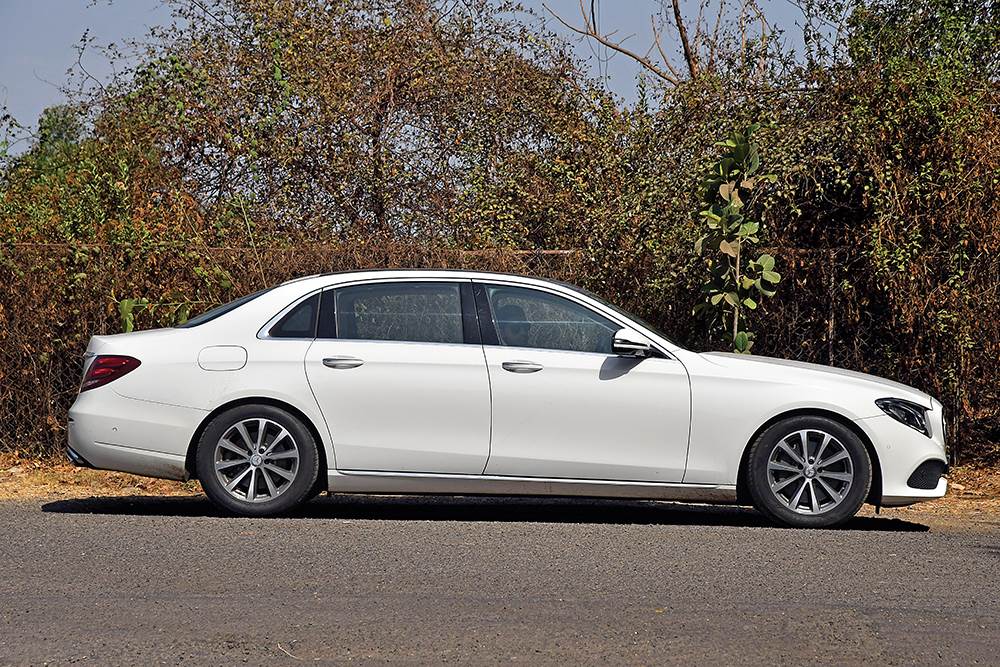 For the long-wheelbase E-Class in India, Mercedes-Benz sourced some parts from China.

So, I understand that some of the EV companies were saying that we finally understood but this was rather short-sighted. What we are also missing is, for instance, the recycling industry; with millions of batteries around, somebody needs to take them apart without having negative effects on the environment.

The other problem is that you need to upgrade the power supply to become clean at least up to Bharat Stage VI; otherwise, if your BS VI vehicle is cleaner than the EV, you are only transferring your emissions from A to B. And why would farmers accept dirty power-plants next to their lands for making cities cleaner?

Geely has invested US$ 9 billion (Rs 60,439 crore) and upped its stake to 10 percent in Daimler AG. Does it have any impact on Mercedes-Benz's global or India operations?

It does not have any impact; we have different stakeholders that I have seen in my last 40 years of relationship with Mercedes-Benz and Daimler. And the stakeholders have never had that much of direct influence in our operation. If you talk about financials, I am the wrong person to answer this but as far as India per se, I don’t see any impact.

In India, many OEMs have started buying and investing in start-ups. Do you see a similar opportunity for Mercedes-Benz in India?

India-specific or not we actually did that; we had a stake of nearly 10 percent in Tesla, which we sold around 2014. The question is what is the outcome? If you just want money and throw it around to support start-ups, that’s an investment strategy, not necessarily a product strategy. Interestingly, our chairman (Dieter Zetsche) stated that we never made as much money with electric vehicles as much as we did when selling our share in Tesla. He has got a good point that states EVs at the moment are a subsidised business for OEMs and not a profitability business.

To manage that challenge in itself is major because you are adding something to an existing pipeline of products that makes complexity even bigger. That is a challenge that we are facing and are happily looking at solutions for this issue as well. But as regards investments into start-up companies, the question is what would be the purpose? I think the investments that you mentioned are sometimes financial investments, sometimes cooperation and technical. But the question is: what is the advantage of the investments? For us, it does not make much sense for investing in start-ups in India for a product because indigenisation of our product happens on a different scale and level. For instance, for the long wheelbase E-Class, we looked into potential solutions from Mercedes-Benz’s perspective. We got some parts from China because it is the only aftermarket where we have the long wheelbase version and then combined it with the right-hand-drive vehicle. So by moving both together, we found an ideal vehicle for India.

When do you plan to introduce BS VI engines into all your vehicles?

By the end of 2019, we basically have everything covered. From now on, all the diesel vehicle launches will be BS VI. We have prioritised very clearly because the impact of this new engine (in diesel) is so much more significant as compared to petrol.