Rajiv Bajaj: ‘Some people think we are changing strategy and are back in scooters. That would be a wrong inference.'

Bajaj Auto’s Managing Director, in his typical candid manner, speaks on diversifying into electric mobility, product strategy and making a difference in the marketplace. 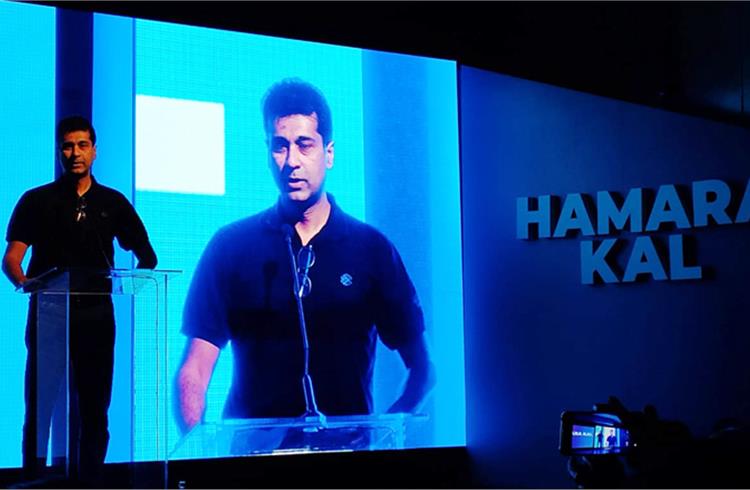 Rajiv Bajaj, Managing Director of Bajaj Auto, in his typical candid manner, answered queries from Sumantra B Barooah during an interactive session after the reveal of the all-electric Chetak scooter on October 16.

In your opening address, you said that ever since NITI Aayog’s dramatic proposal on the transition to electric two- and three-wheelers, 50 percent of your mind space was occupied with electric mobility and that, perhaps, it could be in your business as well. Was it a casual remark or reality?
Do you think I will dare to be casual when the minister is present? The media can be like that, we can't. I meant it in all seriousness that when we saw this kind of intent on the part of the government, we did have a difference of opinion in terms of roadmap and timeline. There is no denying that the things that Mr Amitabh Kant said in terms of the environment, fuel import bill, particularly in the urban congestion / pollution as opposed to just a pan-India pollution. 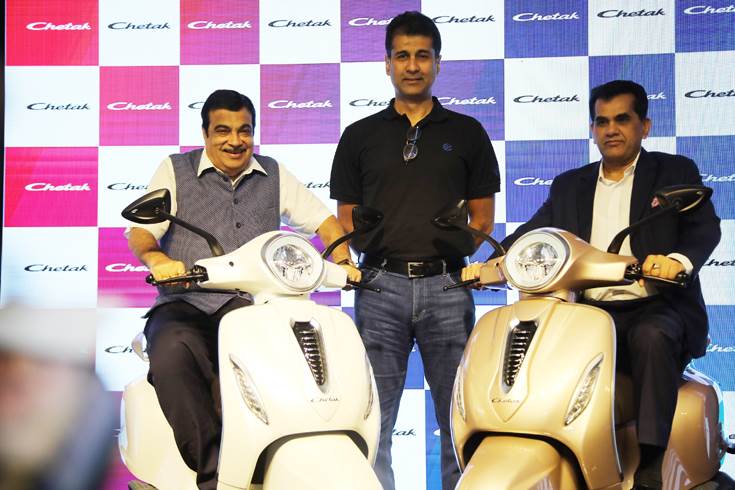 I think vehicles like scooters or three-wheelers, are primarily urban-centric and it is really important that everybody works towards this. It sounds a bit philosophical but the fact is that we all breathe the same air. It's not that we are doing this for someone else, we are doing it for ourselves. If you want to do good, you might as well be there first, because there is no virtue in coming second or third.

I don't want to drag this from electric vehicles but we can take a moment to reflect on the fact that Bajaj Auto is the leader in 150cc+ motorcycles or three-wheelers, quadricycles but is still the No. 2 in 100cc motorcycles. Why? Obviously, it is not because of our name, quality or network because it is the same for other products. The difference is that we were late to the market, and when you are late to market it is not easy. Even after 35 years, you cannot really overcome the market leader. It is very important to be first to the market.

Let's look at it the other way – what is the downside? Something may not work. If you track the auto industry, and you have been tracking it for a long time so, the statistics is that 8 out of 10 products fail. General Motors has left the country, Ford is leaving the country, so failure is anyway part of the territory. Let's put this negatively – if you are going to fail trying something new, bold and brave, than making the 131st 100cc motorcycle in the country, it is with this attitude that we have taken the bold step.

Considering that it turns out to be a good strategy for you, given that IC engined motorcycles are leaders for your business, are you planning for scooters to lead in the electric mobility space? Or will motorcycles also go electric later?
These are two important points that you have touched upon. We have always said that we are going to be motorcycle specialists, and we are still away from scooters. Now, some people think that we are just changing strategy and are back in scooters. That would be a wrong inference. We have said very clearly and I have reiterated again that we are a global company. We just don't know about the Indian market or the Sri Lankan market, we are talking about the world market.

We made a choice to prioritise motorcycles, which was in our view more lucrative. Because of the larger-volume segment, motorcycles are sold at a higher price tag, they have a greater image and that's why we decided to focus on the motorcycle segment and stayed away from the scooter and step-through segment worldwide and we are still staying away from it. 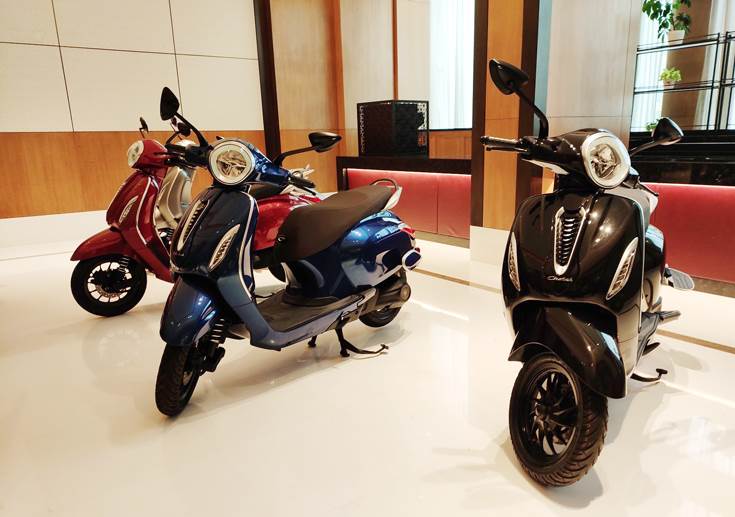 We have not made the Chetak to be another 100cc / 110cc / 125cc or 130cc scooter, which will participate in the volume space in the scooter / step-through market. Our strategy is very clear – as far as the volume business is considered, we stay in motorcycles and around that we build niches which are meaningful, and not volumes. Three-wheeler is a meaningful niche, which is picked out of the same skills and costs structure as the motorcycle, quadricycle, KTM, Husqvarna hopefully Triumph and in the same sense electric scooters.

We are not changing strategy but staying with it so that we will have one core which is motorcycle, and meaningful niches such as three-wheelers, quadricycles, superbikes and now the electric scooter. This is as far as scooters or what scooters is meant.

As far as electrification is concerned, it is better known that it will come across all segments and there will electric three-wheelers, quadricycles and motorcycles. But the reason that your question is very important is that, the biggest hurdle in the way of implementing electric vehicles is not the technology, cost of battery, charging infrastructure or the range anxiety. The biggest hurdle, I think, is the conflict of interest in the mind of management, because people are making money out of petrol and other fuel vehicles.

When you first start with electric, it is not going to be money from day one. If Pulsar does not make money from day one, or when we go to the African market we don't make from the first day. For new products and new markets, you have to invest for some time. So this is a big trade-off in the minds of people because if I put in an electric vehicle which is not attractive it will fail, and if it is attractive then it will sell at the expense of something which I make money today.

In that sense, in that segment, Bajaj Auto does not make any scooter; that is our biggest strength when it comes to electric scooters. Because every Chetak sold is a Honda, Hero, Yamaha or TVS (scooter) not sold. There is no Bajaj scooter that will stop selling because the Chetak will start selling. We have started this simply, because there is no conflict of interest over here. Everything is just additional strength.