Hero Electric's Managing Director speaks about the company's past, current challenges, what the future holds and coping with evolving market dynamics. 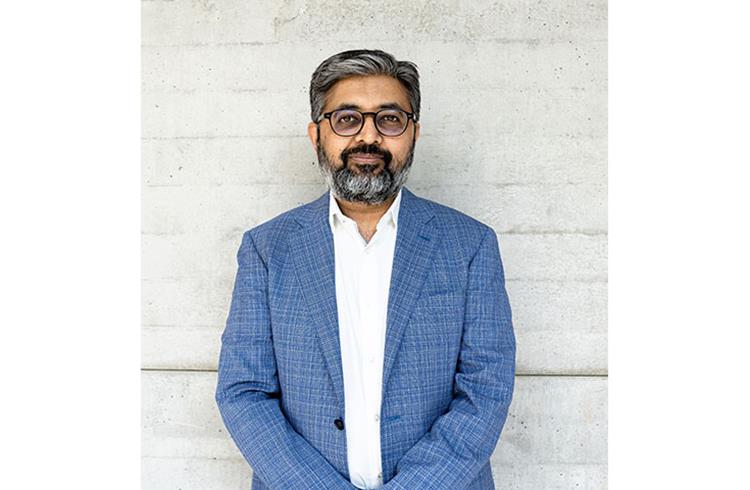 75 years of Indian independence, obviously we've come a long way. But before we talk about the way ahead just wanted your thoughts on what do you think the last 75 years have taught us.
I’m so glad you're talking about the last 75 years and what's going to happen in future. So, when you look at the last 75 years of independence there's a dramatic amount of change that we've seen in this country. We were a very non-industrialised nation to start with and we have now gradually become the fourth largest automotive market in the world. There has been a huge amount of manufacturing which has come into play here, whether it is from the supply chains or the OEMs themselves. We have had international companies coming in and we have a substantial amount of FDI flows in different technologies.

When we look at the automotive sector itself, we are absolutely at par with global trends. In fact, some of the new launches which are happening now in India are happening at a global level. So, we are no longer a country which was protected and isolated. Earlier, entry barriers were high. Now entry barriers have more to do with how you perceive the market, how you are entering the market, how you are targeting the cons, your consumer etc. and what kind of technology you're bringing in. So, it's a level playing field. The interesting part is that we have still maintained our culture, we've maintained our values.

Hero Electric is an offshoot of a group that's had deep links with the auto industry; in fact, it started off with bicycles. So quite an evolution. Any lessons learned that you would like to share?
One of the primary lessons which I constantly think about is that we've got such a strong brand which we've built up, it's taken us decades and decades of hard work to build it up to this level. So, we've got to live up to that reputation; we've got to live up to the values.

I'm yet to meet an Indian anywhere in the world who's lived in India at any point and doesn't recognize the Hero brand. We need to uphold the brand image that is there in the minds of the large pool of consumers who've used any of the Hero products over decades. There is no denying that customers expect a certain level of value and service from us. And they want products from us that work in their favour the way that they've come to expect over the last so many decades.

Is there something that hasn’t changed in 75 years? One would imagine that we are still a very value driven, maybe even price driven consumer despite embracing the latest technologies.
You're right, we are still a very value driven country. Now that's not to say that we are looking at the lower price products only. What we're looking for more as consumers is value. That could have multiple meanings. It could be about efficiencies, it could be pricing, it could also be the environmental impact. In other sectors as well, we're not necessarily buying the cheapest products by any means, but we are buying products which provide value over a period of time for us and can be passed down to generations. That said, as we've got newer technologies coming in, people are willing to pay more for a product which provides them that kind of value that they're looking at. So, there is a substantial change happening.

Do you think value is what is driving the push towards the growth in electrification? Because let's be honest, I don't think too many people are concerned about saving planet earth, they're more concerned about saving their wallets, that's the way consumers are.
Value certainly has a very large role to play in the decision-making process. Again, that could have multiple different angles and approaches. It could be the initial purchase price, it could be the total cost of ownership  which the consumer has now begun to understand — with things like what is my running cost for the vehicle, what is it that I'm saving on a day-to-day basis, where is the gap between my running of an electric vehicle versus ICE vehicle? That gap was always there, but it has widened in favour of electric over the last year and a half, given that petrol prices are at the highest that we've ever seen.

So that has been quite a trigger. So, it is very largely value driven.
Hugely value driven. Also, when you look at the support that we are getting, there are multiple factors which come into play. One is of course the financial support we're getting from the government in terms of policies, the GST being lower, etc.

Also, there is awareness coming in as people see EVs on the road. So, value is one part of it, but there is also the convenience that the customer gets. For example, in our entire product range our batteries are portable. You can take it into your apartment or office or wherever, charge it, plug it back into the vehicle and off you go again. We've created charging infrastructure for consumers. So, convenience plays a very important role. Concern for the environment may not be the initial decision maker for a lot of consumers. But once they've made the purchase when you talk to consumers, they feel proud about having a vehicle which has no tail pipe emissions, which is a completely clean vehicle. For example, we had these green helmets. Earlier, when we used to distribute these helmets, people wouldn't really wear them, now they're asking us for those helmets because they want to stand out. It's the same case with our employees. When I ask them what their children feel about them, they are extremely proud that their fathers, their uncles, their aunts are working in a company which is creating this evolution towards a green and clean India.

In the past, people were risk averse, they would always default towards known brands. Do you think today customers are a little bit more experimental, a little bit more adventurous?
The consumer is definitely evolving. The change that we've seen in the last three, four years is far more than what we saw even 10 years prior to that or even 20 years prior to that. During the pandemic, people had time on their hands. So, they were researching on different things. This played a role in awareness. When the customers
walk into the dealership, they are far more aware than earlier. They have already done the research, they know their statistics. I'm not just talking about evolved customers, I'm saying the typical customer is far more evolved. People are far more experimental but at the same time they are also conscious of going with companies who are providing them the right value, the right product, the right service.

So, with electric they've come to expect the same thing as well, so they're not willing to compromise.

Another very important factor is awareness. There is so much noise around EVs  that it helps. I used to go to conferences and there was a lot of talk about electric but not much traction on the ground at that point. I would tell them to continue talking about it as creates awareness which is a very important factor.

You said the consumer has fast evolved, but do you think as an industry we've evolved fast enough?
Lots more to do at our end. We must secure the supply chains; we must get in the raw materials etc. and this battery technology is evolving extremely rapidly. We need to do a lot more when it comes to R&D. Earlier, it was a chicken and egg situation — companies were waiting for this market to evolve more before they start really investing heavily into R&D and into the supply chains etc, but now what we are finding is that you know a lot of these companies are now willing to invest with us because they don't want to miss the bandwagon.

Do you see a trend happening where we need to really be more local in key technologies and componentry?
At the global level we will have to rely on other countries, we will have to rely on different parts of the world for different components. We don't have all the raw materials ourselves. Oil, for example. These will come in as raw materials and the processing would happen here. So, the valuation is going to be created here rather than being created somewhere else and finished products coming in. And that's something that we've already been working on for the past many years.

But do you think scale is still an issue?
See, scale may be an issue right now but that's more of a snapshot situation at this point of time. We are expecting extensive growth over the next five years. So, the market is going to be dramatically different than what it is right now. We are going to see a very large chunk of the current IC industry and the future IC industry converting to electric for various reasons.

When do you expect that to happen?
To an extent, that change is already happening. In fact, right now we've got an order book which we are not able to fulfil because of supply chain not falling in place in time. It has already begun; we are on that path. The volumes that we are looking at also, despite challenges, are more than 2.5x of what we were doing last year. The growth that we are going to see in the next five years is going to be more than 20x of what it was last year. So that's the kind of growth we're going to see as an industry.

It’s hard to predict what's going to happen in the next 75 years, but just looking at the future, what trends can we see?
When I look at it, last year at COP26, for example, there was a commitment which was made in terms of 2070 being the goal for net zero. Now that's far off, but at least there is a goal in place. So, when we start working backwards we start looking at mobility as being one of the critical drivers of the environmentally friendly way.

This office we are sitting in is a platinum-grade building for an environmentally friendly building. We are already actively working on our environmental, social, and governance (ESG)  goals. We've been in that space, and we have been very clear for 20 years that we are not going to get into any polluting  vehicles  and we're going to stick to zero emission vehicles.

Because today, global warming is our biggest threat to humanity.
Absolutely. That is our goal as a company. Consumers are expecting that of us. It may not be all the consumers right now, but that awareness is increasing. I think electric is just the beginning of the journey. There's no going back on this, there is no going back to emission vehicles. I am confident that going forward the future is bright, the future is green, and the future is electric, there's absolutely no two ways about it.