'It is really the mechanic who can make all the difference in the fight against fake parts.’ 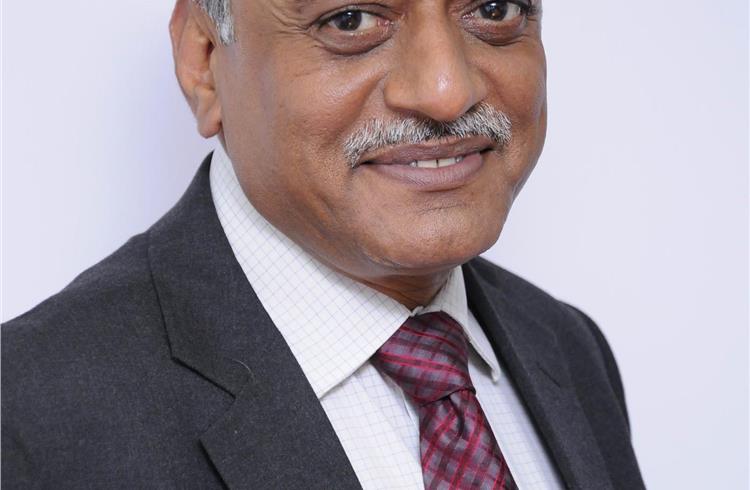 Why is counterfeiting such an attractive proposition for those who practice it?
If you take an example of a fast-moving vehicle and a part like a filter, buyers will need spares that run into tens of thousands. Clearly, it is an assured market for the counterfeiter. If the counterfeiter can sell at 40 percent margins, as against 10-15 percent for the OE-made genuine product, then he is making a killing. Typically, the fake part looks similar to the original and could well perform the function. So there is an attraction for the buyer.

How have the stakeholders responded to the situation?
SIAM and ACMA want to influence government to create the right infrastructure to control this crime. The government cannot afford to fund the parallel economy. There have been several levels of response. India has certain laws that are OK for us but we believe they should be tightened and properly implemented.

Are the laws effective at all?
It will take some time. If the current laws are implemented, then a major dent can be made. Take the example of a part like a filter. One has a Tata brand put on it. The word TATA is a trademark, and the way the logo is configured and written, constitutes the copyright.
Under Indian law, if someone puts this on her/her pack, it is a cognizable offence if not authorised by approved vendors who can do so on Tata’s behalf. The trademark laws do not give the police the power to arrest. So they can seize and file a case. In the case of copyright infringement, the person guilty can apply for bail. We try and use the copyright as we want to create a deterrent for people from continuing in the trade.

Why did Tata Motors conduct these raids and what purpose do they serve?
We have tried to create an awareness by these raids, for both stockists and the end-buyer. We have to make people aware of the downside of what this implies. That is our objective. We do a raid in conjunction with the agency that informs the police which then conducts the raid. We provide the evidence of spurious parts that are sold, and then they take the necessary action.

How do you get the information?
Tata Motors has been around for 80 years. We have a large network. Our distributors and dealers in the field keep their eyes and ears open. So when we get a call from one of them that something is amiss at a certain place, we pass on the information. It is a herculean task. We have been at it for a long time and have accentuated our efforts in the past two to three years so that our key markets are free of it. We concentrate our efforts on certain hotspots but we are always aware that these areas keep shifting. The hotspot areas are eastern UP, Bihar, the North east. Delhi is a big hotspot for distribution. The spurious parts may be made elsewhere but are distributed from here.

Who plays a key part in the fight against fake parts?
It is the really the mechanic who can make all the difference. Take the case of the medicines we buy. Do we check the expiry date or branding? Perhaps not. So we focus on the mechanic and try and make him more discerning and to tell him that if you give a genuine part, you retain the customer.

As part of Tata Genuine Parts, what do you do?
We organise regular fairs for both cars and commercial vehicles and conduct workshops at certain locations. We call in our registered mechanics, give them a snack and goodies, and try and educate them. We try and incentivise them to buy genuine parts. So if they buy, they get points that they can use as a loyalty bonus.
A number of companies take initiatives like this. Our focus is on fast-moving and high-value parts. I don’t think a good mechanic really wants to put in spurious parts. So we do what we can to support them.
A truck comprises 15,000 to 16,000 parts, so it is very difficult to make all parts available everywhere. As a company, we have tried to ensure that if a cabin is ordered, it is delivered in a day or two. We can air freight parts as well and we have a good record on giving back repaired parts.

What kind of campaigns does Tata do under TGP?
We have put 25 security features on each pack that contains our genuine spares and hang a poster in our outlets informing people about these features. We are not as glamorous a category as shampoos, so one has to put the ad in key areas, say on a highway, and aim at the target audience.
Advertising is always effective if it reaches the person it is intended for, otherwise it is a waste of money. So we have POS advertising and we target truck owners directly. If a party owns 2,000 trucks, I do not have to advertise through a broadsheet. I can simply do it by interacting with the fleet owner. For the owner-entrepreneur, we have a database that we can use as well as leverage our long-standing business relationships

Has counterfeiting come down over the years?
Our sales staff inform us that if a filter is being faked, we conduct raids and this has an immediate impact on our sales. That is because the fake stocks are taken out which helps boost our sales. It is sustainable till it may occur in another territory.

What are the challenges?
Handling copyright issues and IPR are technical in nature; so it is not easy for the police to be always effective. Business laws need to be understood, so we try and train the police by explaining the laws that apply, show him the FIRs.

What is the budget for TGP?
For CVs, we have a separate outfit — it’s a Rs 2,000 crore business. For passenger vehicles, it is in the region of Rs 1,200 crore. Both are focused on communicating with the target audience. While it is difficult to quantify the budget, it does necessarily include handouts, training programmes, and display events.

Who is winning?
OEs will certainly have the edge. We have the power of our brands. These is a huge value in the quality control systems. Awareness of using a fake and its likely consequences can help. I believe that SIAM can do much more, apart from awareness and enhancing police information. Over the long term, we need to educate kids to make them aware from a very young age. We did this at the Auto Expo 2014.