'China is probably going to be our biggest market this year. APAC and East Europe have a lot of potential.' 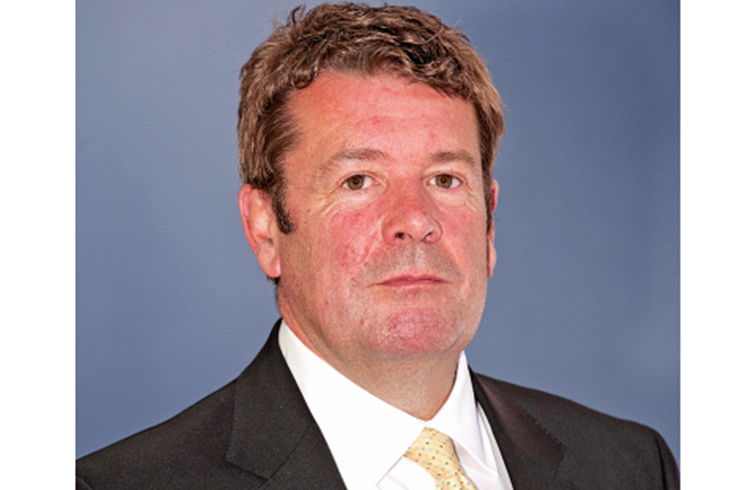 Jaguar Land Rover, which posted record sales and 16 percent growth in 2016, had a strong presence at the Frankfurt Motor Show earlier this year. Group Sales Operations director Andy Goss spoke to Hormazd Sorabjee on a number of issues including the need to target new markets, growth in India, how Ingenium engines are bringing down CO2 levels, the vehicle electrification strategy, plans for driving autonomous mobility and scaling up of manufacturing capacity.

Let’s talk sales first. Last year, Jaguar Land Rover sold about 600,000 cars which, you say, is a 16 percent jump in sales. What’s the overall sales projection going forward?
Quite right. As you said, last year was a super year for us without a shadow of doubt and Jaguar’s record volumes ever in its history. So far this year, we’re up 8 percent from January to the end of August (401,565 units) but of course, as we’ve seen at the Frankfurt Show, we’re still to launch the E-Pace and we’ve got the Velar rolling out in major markets as we speak. There’s the Sportbrake and XS Sportbrake and one or two derivatives as well. So with more products to come in the balance of this calendar year, we’re very hopeful.

Are there any new territories or new geographies you are looking at? Obviously, China remains very important.
China is probably going to be our biggest market this calendar year; Europe was certainly our biggest market last year. I would stay there’s still significant headroom for growth in most places. The China premium market is up 28 percent and the US is about 13 percent. Europe is a bit more difficult, it’s a static market so far this year and our volume is similarly static, but there are lots of places in the world that still have huge potential for us – Asia Pacific and the eastern European bloc of import are there.

What about India, your second home market so to speak or maybe your first given JLR's ownership? What are your projections for the Indian market? Still about just 4,000 units, isn’t it?
India’s still a very small premium market. We have localised as many vehicles as we possibly can in Pune, which gives us a great footprint of sales but there are lots of fiscal issues in India that we’ve got to overcome as well. We’re confident that India in the future will be a significant market. We have set everything up to do things right there, it’s a question of when the market will take off really. Hopefully, sometime soon. 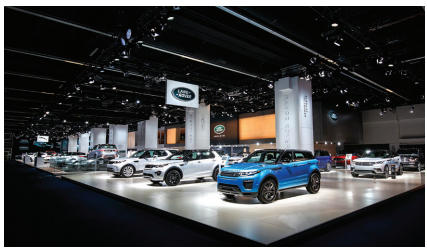 The Chinese market, obviously, is very critical. Do you sometimes hedge against it? From what I understand, the majority of profits come from China itself.
China is a big market, it’s the biggest car market in the world – 25 million vehicles – and it’s becoming an increasing premium market as well. In fact, the overall market in China this year was more static but the premium brands sold about 18 percent more cars. It’s not the be-all, end-all, it’s very important. It’s tougher in China, it’s been for a long period of time. Economic growth is at a similar level – about 6.5 percent to what it was historically. It’s an important market but there are other parts of the world that are equally important. We split the world into five regions – with the UK, Europe, North America, our overseas markets and China as well – we all want them contributing more or less equally.

With Jaguar, you’ve gone for the lower end of the market. You had the XE sometime ago, now the E-Pace. Usually smaller cars mean smaller margins, do you kind of compensate that with bigger expected volumes?
The E-Pace is here at the Frankfurt Show and customers have seen it for the first time. We launch the car in November in the first market which would be the UK; we think it’s a critical car. You’ve got to remember that the profits we get from the E-Pace will be largely incremental because I’d say about 80 percent of the volume will be for customers who are brand new to Jaguar. That really important, so we don’t have a huge substitution over there.

Yes, smaller vehicles do have smaller profits to a large degree but we expect to get a very good return on the car. It’s a car that customers are clamouring for. I seem to recall a couple of years ago when people were saying “Why did you do the F-Pace?” before we launched the car. Nobody now says, “Why did you do the E-Pace?” They all say, “Why didn’t you do the E-Pace before?” It just shows how things have changed actually and we’re very optimistic.

There’s a lot of talk about electrification and everyone’s going down that road. You’ve made a claim of electrifying vehicles by 2020. How are customers reacting to electrified vehicles because finally that’s what’s going to drive volumes, isn’t it?
Yes, we recently made an announcement that every car we produce from 2020 onwards will have electrification elements – either BEV, PHEV or mild hybrid. At the Frankfurt Show two years ago, a number of manufacturers were looking at electric cars from a compliance perspective to get CO2 levels down. Now there’s a very specific pull for consumers, they want these cars, they also want diesels and petrols but they want electric cars and PHEVs at the same time. So we’ll get a much more balanced portfolio in the future. It’s a new frontier actually, we’ve announced for the first time that we’ll do a Range Rover and Range Rover Sport in plug-in hybrid within the next few months. Of course, we’ve got the i-Pace Concept, which we absolutely intend to build as a production car. It’s a new frontier for the company. 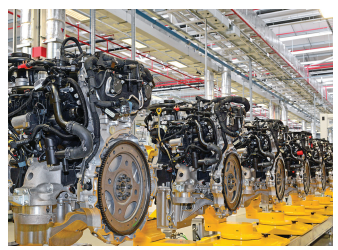 As regards your conventional internal combustion engine plans, is it just going to be now Ingenium engines all the way? What’s the future of V8s, for example?
You’re quite right, we’ve invested £1 billion in our factory in Wolverhampton producing brand-new  Ingenium petrol and diesel engines. They’ve made a huge difference to the car, they’ve brought down CO2 emissions by enormous amounts. But I think the larger engines are still important – V6 engines are certainly very important. Eight-cylinder engines are not as important as they were, but there’s still a place for eight cylinders, especially with the Special Vehicle Operations. I think that’s how things will pan out to a large degree, but the core part of the business will undoubtedly be four-cylinder and six-cylinder.

But moving forward when the technology requires, you need to upgrade the V8s. Would you be open to outsourcing them?
It’s our V8s to start with that we get built at Bridgend and we intend to do that for a fair amount of time in the future.

The next generation of V8s?
I can’t see us never having a V8 in a car.

Even when it is outsourced, hypothetically?
It’s very hypothetical, it’s not part of our plan frankly. We’ve got our own engines that go in these cars now. We’ve got to get the volumes right in this area, but at this moment in time we’re not planning to do anything different than what we’ve got quite frankly.

Coming to the XJ and the top end of the market, what’s the plan for the XJ because there doesn’t seem to be a direct replacement in sight?
Well, we don’t tell you everything all the time! Here at Frankfurt, we’ve got four models that people by and large have not seen before. There’ll be a time when we tell people about the next range of products as well. But I can assure you, the XJ has got a super future with Jaguar.

On the autonomous technology front, JLR seems to be behind the curve. Audi has shown Level 3 autonomy in the A8. What’s your view on autonomous technology and where is JLR compared to the others?
We too are embracing autonomous tech, without a shadow of doubt. We’ve got to have the right car at the right time. Ralph (Speth) made it quite clear at the Tech Fest that above all we put the consumers’ interest and their safety at the heart of what we do but we can see ADAS Level 3 happening within a relatively short period of time on certain products and then you can see it roll out from there onwards.

So I don’t think it’s the fact that we are behind the A-ball. Certain car manufacturers have announced that while we have similarly announced four brand new cars. But, believe me, we’re working extensively in the engineering division upon all sorts of things in this area for sure. 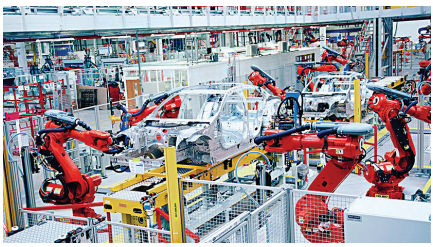 Coming to scale, Jaguar Land Rover is 600,000 units, your competitors are two million. Do you think scale is proving really important just for the capital-intensive investments needed in some of the future technologies. Also, from what I understand, your plants also have to be about 80-85 percent efficient to really make money?
Scale is very important. At the moment we’ve got our Solihull plant on 24 hours a day, five-and- a-half days a week effectively. Halewood is on 24 hours a day, Castle Bromwich is on one shift and it can do more there, we’re building extensively in Slovakia, we’ve got the new E-Pace being built in Austria, we’ve invested in China, India and Brazil.

So we’ve got quite a significant footprint there actually and that at this stage will do the job. We’ve got more plans for the future as well.

Any projections? A million units by 2020?
Quite frankly, I don’t think that’s the most important thing in the world for us. It’ll happen when it happens. I don’t think it helps a premium brand to over-push the marketplace; we want to create pull in the marketplace without a shadow of doubt and, above all, that’s what we are really about.

(This interview was first published in the October 15, 2017 print edition of Autocar Professional)