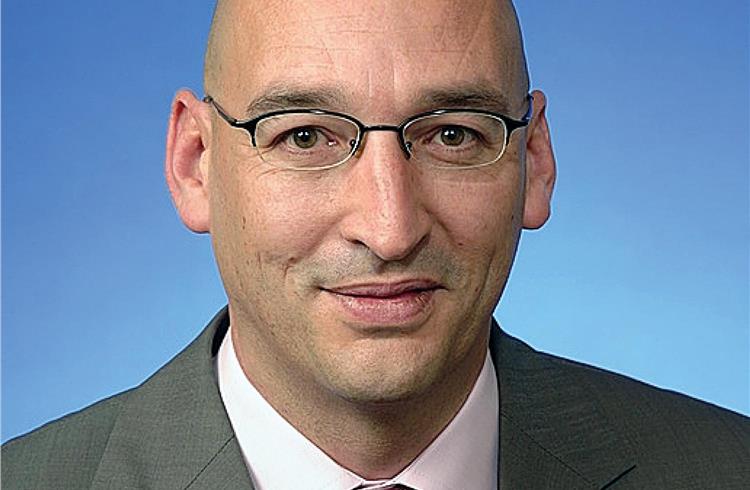 What is your forecast about vehicle production in India including the passenger car industry for CY2017?
This has become more interesting now after the demonetisation move by the government of India. Our initial thought is that there will be a disruption in the first quarter of CY2017; we expect 100,000–120,000 units of sales lost in the Indian marketplace. A vast majority of (vehicle) sales in the Indian subcontinent is satisfied by the local manufacturing operations in India.

We have carried out the impact of demonetisation in terms of absolute volume adjustments in our original forecast for the Indian light vehicle production for CY2017. (Light vehicles include passenger cars and LCVs up to 6 tonnes.) So, we expect that the impact would be felt most in Q1 CY2017 and then the market will start to normalise thereafter. Part of that is built on the idea of what happens in the urban and the rural markets.

The OEMs initiating sophisticated financing tools can actually help consumers to bridge the gap on the missing liquidity. OEMs, we feel, should be able to address a lot of those concerns especially in the urban markets.

Where it becomes less obvious is what happens in the rural markets. Rural markets, on the other hand, where the volumes are on the lower side and most of the transactions are understood to take place in exchange of cash, will move based on the initiatives and policy efforts taken by the Narendra Modi government. This includes encouraging people across India to hold bank accounts, and increasingly ensuring that these bank accounts can be used in a digital sense for transacting. All these steps will have to come together to bridge the gap on availability of financing purchases.

Even after taking demonetisation into account, we are still expecting production topline to grow by about 5 percent in CY2017 over CY2016. The direction, clearly, is still positive.

How are policy reforms like Make-In-India, Digital India and others being perceived by automotive companies globally? Is this going to leave any impact on overall production volumes in the sub-continent?
The policy initiatives certainly raise the profile of the automotive sector in India, and I think this is also backed by the recent announcement of the Automotive Mission Plan (AMP) 2016-2026.

Do we see many things translating yet? Nothing specific that I can see. However, I guess we can consider major investments that have followed (lately) for example from Renault-Nissan Alliance’s R&D operations with nearly 3,000 engineers, which shows their strength of investment in India.

We can also look at the investment from Tata Motors on building the new vehicle that will sit below the Defender in the Land Rover line-up. All of these things can be considered as developments that happened along with the government’s policy reforms. This creates a very positive environment for foreign investment. We expect that the market will continue to grow despite steps with short-term impact like demonetisation because the strong sentiments are in place.

If you look at the size of the population migrating to urban markets, the growing middle class, there are people who can now afford their own personal transportation ranging from two-wheelers to four-wheelers. These are all the strong trends we are seeing in the Indian marketplace.

If the government continues to enact on its policies, it would continue to enable the growth of this sector. For example, the government has shown tremendous ambition in terms of creating jobs over the next 10 years under the new AMP. Also, it is important to realise the growth from the domestic story, which will drive volumes.

Further, it is not only about the country market but encouragement to the entire industry, which means increasingly attracting investments, say by Ford, GM, Honda, Tata Motors, Jaguar Land Rover and many others for building vehicles locally for the export markets.

With BS VI by 2020, the Indian auto market will be at par with emission norms in developed nations. What is your view on this front?
I think the global confluence of emission standards has been a positive for a market like India. What we see is that we have got the kind of convergence that is expected. This market will be largely adapted or engineered to the same standards that are required elsewhere in the world. This means that vehicles can be exported without expensive additional homologation and other tests taking these barriers out of the process. Obviously, the emissions regulations are a great export opportunity and will have a positive impact on vehicle manufacturing in India.

Do you think factors like these will play an important role in speeding up the entry plans of other global carmakers (or their subsidiaries) which are currently not present in India?
I think they would probably begin their journey in India by trying to take advantage of the domestic opportunities. That will be their primary appeal. We would be looking at inward investment from such companies into vehicle programs for not just this market but similar markets worldwide.

We have seen a trend in India in SUVs wherein these SUVs are becoming smaller and wider. Increasingly, they are being built on uni-body vehicle structures, which are also used (as platforms) in making hatchbacks and small sedans. So there is a lot of flexibility in vehicle production. This is a strong trend in India; if this trend remains in its place, then we barely see any factor that can disrupt in the next couple of vehicle cycles. So, if you can build and sell cars in India, then you can build and sell elsewhere in the world.

To add to that, we expect that the SUV market in India will more than double by the end of this decade. We forecast that the SUV segment will easily cross the one-million unit mark annually. You can refer to the success of Maruti Suzuki’s Vitara Brezza, which has taken the company’s utility vehicle portfolio to new heights. We expect that Maruti Suzuki would grow further in terms of tapping the demand of aspiring youngsters.

What is your forecast for Tata Motors-owned Jaguar Land Rover?
The company is looking at a million units per year by 2020 across the Jaguar and Land Rover brands. We are expecting it to get close to that, not quite all the way there. To look at the prospects in CY2017, we will have to consider what’s going to happen in the markets where JLR is traditionally very strong such as in Europe, the UK in particular, and North America.

The USA has bounced back very strongly since its financial crisis. While we don’t expect the USA market to decline, we see growth rate(s) becoming slow. That’s the scenario aligned with Western Europe. So, some of these traditional markets for JLR will remain in slight pressure in CY2017.

On the upside, there is much broader product portfolio that, especially Jaguar (including the new F-Pace), can go to the consumer in CY2017. On the Land Rover and Range Rover side, the new Discovery flagship will stand strongly in the well-performing SUV segment. There will be the introduction of new SUVs such as the entry-level Defender, which will go into manufacturing here in India, and is expected to take the brand into a whole new territory. The upcoming model will continue to have go-anywhere capability. We are expecting JLR to have a great product execution strategy for the new model just like they have been in the past.

We remain slightly cautious about the topline volumes but we think that they will continue to move in the right direction towards their target of one million units by 2020 in CY2017. Fulthorpe is of the opinion that Jaguar Land Rover, with the I-Pace (above), could be the next name in the market, after Tesla, for luxury electric sedans.

In the context of electrification and hybridisation of vehicles, all major European OEMs including JLR, Daimler, Volkswagen and others have vehicle programs in the pipeline. How early you see these projects, currently under intensive development stages, start materialising and hitting the road?
Interestingly, Jaguar Land Rover had recently showed the I-Pace at the Los Angeles Auto Show. This is the vehicle that will be production-ready by the end of 2017 and is expected to go on sale in early 2018. So the company has, sort of, come from the back-of-the-grid to the front-of-the-grid, changing the scenario of electric vehicle makers in terms of who will be the next big name in the EV line-up after Tesla, which is now gaining substantial volumes.

We have all of these companies competing in China, being attracted by the government’s incentives on the new energy vehicles’ scheme.

If we are really talking about the mainline automakers, who want to try and bring back EVs to the global marketplace, then suddenly Jaguar Land Rover seems to have jumped on the second place (after Tesla). From what we can see, if JLR is able to have the I-Pace production-ready by end-2017 and available for sale by early 2018, it would help them leapfrog their plans over Daimler and the Volkswagen Group.

The Volkswagen Group seems to be suggesting that the majority of its activities it wants to create is around electrification of vehicles. So we expect that it is building a range of full electric vehicles (and not just hybrids). We expect that by 2019-2020, we will see the first wave of EVs coming out of development into the marketplace.

Equally, Daimler is looking to fill over a part of its portfolio (with EVs) around 2020 as well. So I believe that JLR with the I-Pace could be the next name in the market after Tesla (possibly in luxury electric sedans).

Although Mahindra produces e2o electric cars here locally, how early do you see the large-scale manufacture of pure EVs picking up speed in India?
I don’t see pure electric vehicles being manufactured in India certainly until 2023 in our forecasts. If we be specific to pure battery-run vehicles, then we need to come to terms with a number of factors. We clearly need a legislative push, wherein some kind of government intervention either in the form of subsidies or practically, and more realistically, start beginning an infrastructure to support the EV environment. 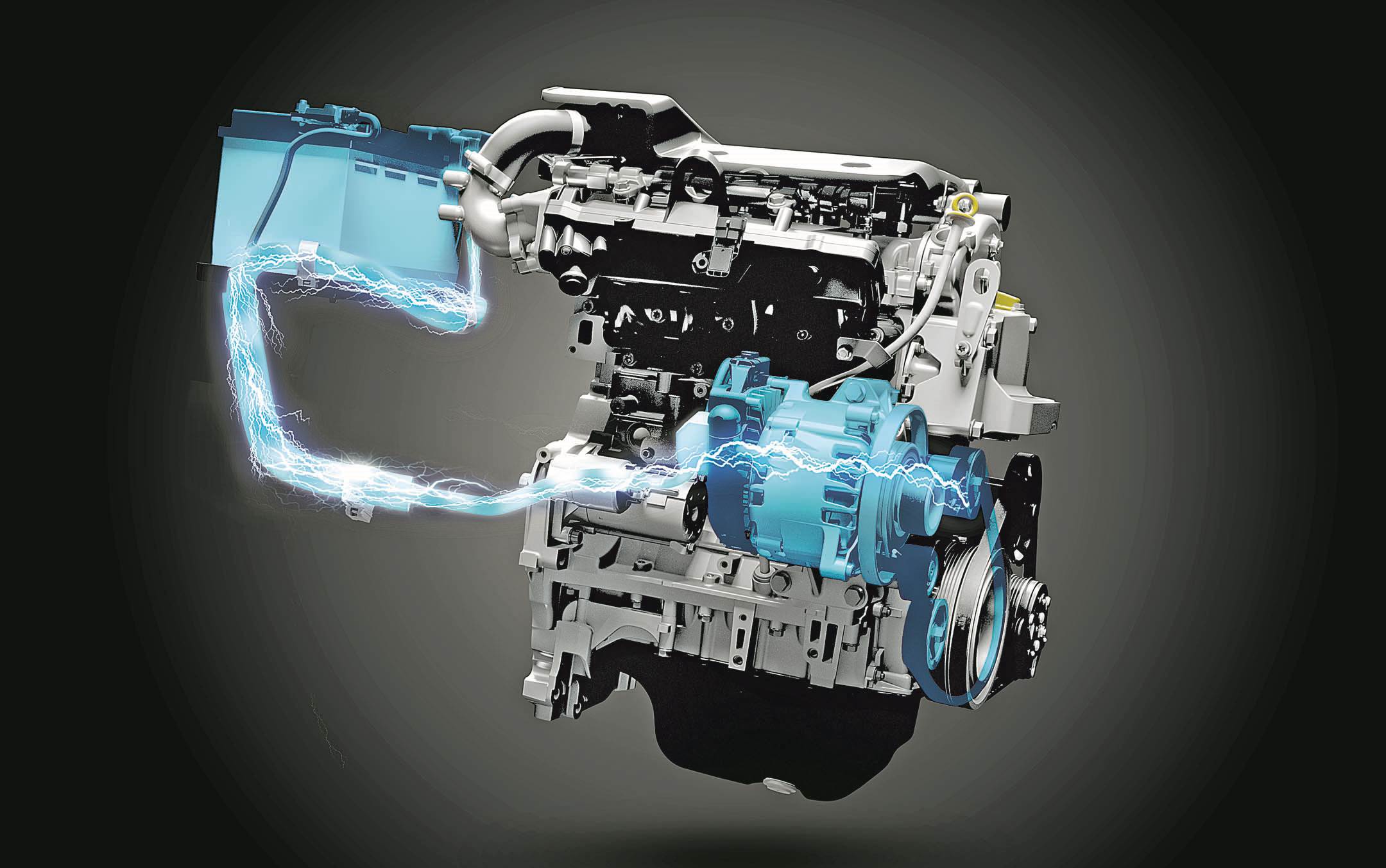