‘Local manufacture of one-channel ABS in India is being strongly considered.’ 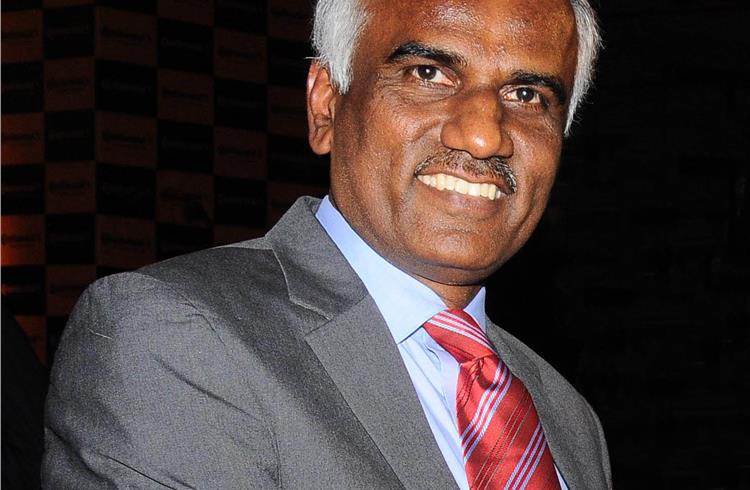 Can you detail the key highlights of TCI as an emerging Center of Competence for two-wheeler markets?

Continental has made a total investment of 12.4 million euros in the new 13,000 square metre Tech Center India facility, where we have around 1,000 engineers and eight state-of-the-art R&D labs.

TCI’s India operations support domestic as well as global OEMs with a focus on providing solutions specific to the two wheeler market. Adding value with its understanding of the local market and customers, TCI is being developed as a centre of competence for two-wheeler markets and for customised products in the BRIC countries.

What are the key focus areas of TCI in the two-wheeler domain? With ABS becoming mandatory on two-wheelers with an engine displacement of more than 125cc, what is Continental doing to address the incoming demand in the near future?

India is an emerging market which demands a thorough understanding of the local business landscape. Continental’s knowledge of the market along with customer requirements and usage conditions of the products adds value to the engineering solutions it brings forth and safety has been a core focus area for long.

With growing urbanisation and increased per capita income, there has been an exponential growth in the two wheeler segment, especially in developing countries like India.  However, an unfortunate yet clear outcome of this is increasing accidents and fatalities on the road. A study into global traffic safety carried out by the World Health Organization in 2013 indicated that 23 percent of all traffic fatalities worldwide were suffered by drivers of two- and three-wheeled vehicles. While the figure in Europe is 12 percent, it rises to 32 percent in India and 33 percent in Southeast Asia.

To improve the active safety of motorcycles, TCI focuses on the area of electronic braking systems by introducing solutions such as MiniMAB (one-channel ABS) for smaller motorcycles and scooters. Based on its proven ABS technology for passenger cars, it was specially developed for cost-sensitive markets such as India. This system is also effective in combination with a mechanical drum brake on the rear wheel. With One-Channel ABS, Continental offers improved braking control and thus greater driving safety as a result of optimum braking.

The Motorcycle Anti-lock Brake System (MAB) from Continental is a complete solution that is both modular and scalable. It can also be customised for various control strategies in different vehicles including racer bikes, cruisers, sport bikes, scooters or mopeds.

What are the ways to cut down development and production costs for two-wheeler ABS systems?

At Continental, we develop value-driven ABS systems that are customised to provide a smooth ride without compromising on the safety and stability of the vehicle. Product customisation helps reduce costs and Continental develops solutions keeping market conditions in mind.

Continental has a strong and expanding presence in key markets of Asia and is committed to use its global knowledge to serve customers locally. The company aims to offer domestic motorcycle manufacturers and carmakers intelligent and sustainable solutions at a good price, and is localizing the entire value chain including local business development, marketing, R&D, sourcing and manufacturing in the continent. As growth in Asia will be a major part of Continental’s strategic target, local manufacture of one-channel ABS in India is being strongly considered.

Which two-wheeler OEMs in India is the company in touch with for ABS systems?

At present, all major Indian two-wheeler manufactures are our customers. Continental will certainly be a major contender for prospective two-wheeler ABS projects in the future.

What are the immediate priorities for Continental for 2015 in the India market?

India is emerging as a key contributor to our A S&T organisation. The new Technical Center India (TCI) facility at Gold Hill Supreme, Electronic City Phase II will meet the increasing demand for engineering and software development skills to support global R&D projects as well as local customers. This investment is a demonstration of the company’s commitment towards developing India as an engineering hub.

The industry went through a difficult time these past two years. While we expect improvement in the next two to three quarters, the pace will not be consistent.  Continental believes in the market and has continued to invest despite the challenging situation. We will continue to focus on production with a strong emphasis on engineering and development.