‘LEDs and HID headlamps will be the way forward, even in India.’ 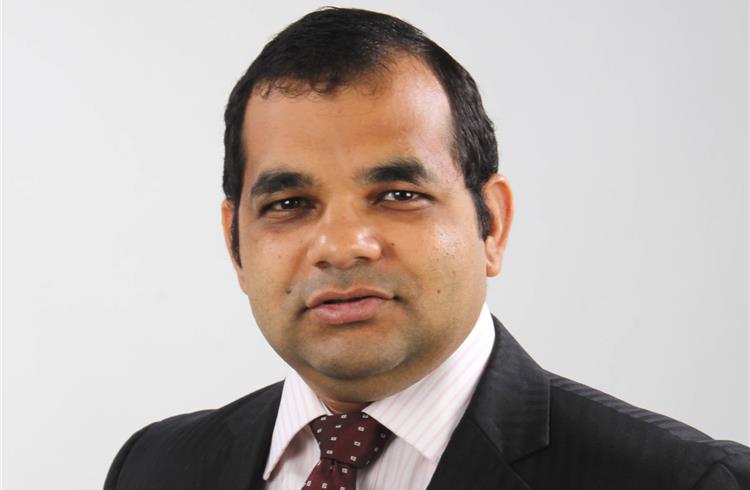 How was the last financial year in terms of overall business and technology developments?
The last year was good in the sense that we grew faster than the car industry and the outlook looks promising. The lighting industry is poised to grow in terms of technology – more with LED functions on the rear combination lamps and moving towards projector-based systems (both bulb and high intensity discharge or HID) on headlamps.

We will see a big change in technology trends on lighting starting from the latter half of 2015 across OEMs, which is a clear indication that the market is moving towards higher technology and futuristic styling solutions.

What was the turnover for Magneti Marelli Motherson Auto Systems in FY2014-15? Did the company make capital investments during the previous fiscal?
Our company continues to make capital investments in line with the orders that we receive from our customers. One of the major investments that we made last year was in the establishment of a new plant at Sanand (Gujarat) – which is ready to roll in Q2 of FY2015-16 – this will start as a dedicated headlamp production facility.

What do you expect from FY2015-16 in terms of growth, business from OEMs, new investments, technology developments and other areas? Also, give us an overview of the current order book.
The auto industry is seeing the first signs of revival and we are always bullish on the prospects of the Indian car industry. As already mentioned, the technological content is increasing in the lamps, which calls for increasing in capacity and more investments in R&D. We have now set up an independent research and development centre in Pune which is catering to the additional needs of the OEMs based on their technology ramp ups.

Our growth is closely linked to the growth of the overall car industry and we might do slightly better than that in FY2015-16 as well.

With the majority vehicle population still using halogen lamps, what is your analysis of the evolution in the lighting technologies that are used for two- and four-wheelers?
While it is true that a majority of vehicle production in India still uses the halogen lamps today, you will see the trend changing from the latter half of this year across OEMs. On the rear lamp side, we have already seen the introduction of the light guide LED-based rear lamps (Fiat Avventura / Fiat Punto / Mahindra Vibe). On the headlamp side, we were the first in India to introduce the projector system on the Suzuki Stingray – an upgrade which has caught on across OEMs and has led us to localise the projector based technology in India. This localised projector technology will be used on at least three new projects currently under development with different customers.

In fact more than 80 percent of our headlamp / rear combination lamp projects under development are with HID / projector / light guide / LED options, and this is a trend that we see in almost all the RFQs’ that we receive – cutting across different customers.

We are not supplying to the two wheeler space and so it will be difficult for me to comment on the same.

With LEDs coming into the scene, where is the automotive lighting technology headed? You will see a lot of LED introduction on rear lamp applications – as on date we have around 15 projects with high-end technology LED applications on rear lamps and projector / HID systems on head lamps in different phases of development. Of these, two additional projects will enter mass production later this year. As with the other developed car markets, we believe that LED / HID will be the way forward for most OEMs as we can see it today.

Can you detail some products you’ve helped develop and now seen on vehicles on road?
The Fiat Avventura, Fiat Punto, new Ford Figo, Ford Aspire and the Renault Duster are a few.

What new projects is the company is currently working on and what volumes will these add to the current order book?
Due to the reasons of confidentiality, we cannot disclose the project details. However, I can say that we are working on more than 30 new projects which are under different phases of development. The launch of these projects has started from July 2015 and will continue over the next 18-24 months. These are all awarded businesses and the number of projects may increase depending on the RFQs that are still open and subject to the creation of production capacity.

In lieu of the above, we have already increased capacity at our current plant in Pune (1.2 million sets of rear lamps and 450,000 sets of headlamps). The Sanand plant has a production capacity of 300,000 headlamp sets per annum, and we will continue to invest and expand as per our customer requirements.

Last heard the company was working on high-intensity discharge (HID) lamps and bi-LED projection modules as key focus areas. Can you provide an update?
We have a couple of projects with different OEMs where orders have already been secured and development has commenced for the HID module and bi-LED module headlamps – these orders will get into mass production in CY2017.

Under the buyback arrangement with Automotive Lighting, how big is the current production order book? Has this increased / decreased in the past 1-2 years?
While we continue to export, it would be difficult to comment on any individual customer contracts.