Electronics major Visteon is now looking to leverage its global competencies in automotive megatrends with OEMs in India. 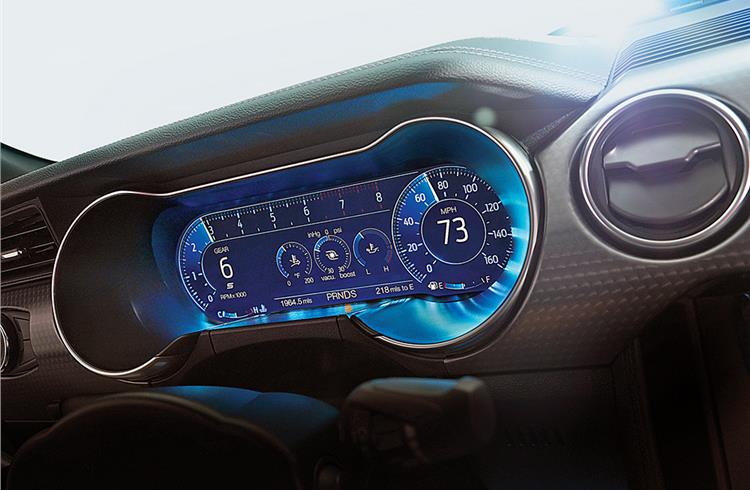 Visteon, a global leader in automotive cockpit electronics, which is focusing on key global mega trends in the automotive industry – Connected, Autonomous, Shared and Electric (CASE) globally – is looking to leverage its competence with OEMs in the fast-growing Indian market.

Visteon, which is the global No. 2 player in instrument clusters and displays, the No. 3 for Head-Up Displays (HUDs) and audio and infotainment, is also banking on its new Phoenix infotainment platform, SmartCore cockpit domain controller and an autonomous driving approach that uses artificial intelligence and machine learning for connected car solutions to drive business with OEMs worldwide. In India, the company supplies clusters and infotainment systems to most of the leading passenger car manufacturers.

As consumers demand increased levels of connectivity in their vehicles, Visteon is offering its SmartCore (central computing product for the cockpit) platform which facilitates seamless connectivity and consolidation, in India. Modern cars boast cluster, radio and infotainment and also telematics modules which function independently; SmartCore’s USP is that it consolidates separate cockpit electronics products on a single, multi-core chip, accessible through integrated HMI. Visteon says it is a security-focused approach to cockpit module consolidation and as an industry-first automotive grade cockpit domain controller solution helps to improve efficiency and cost of ownership. 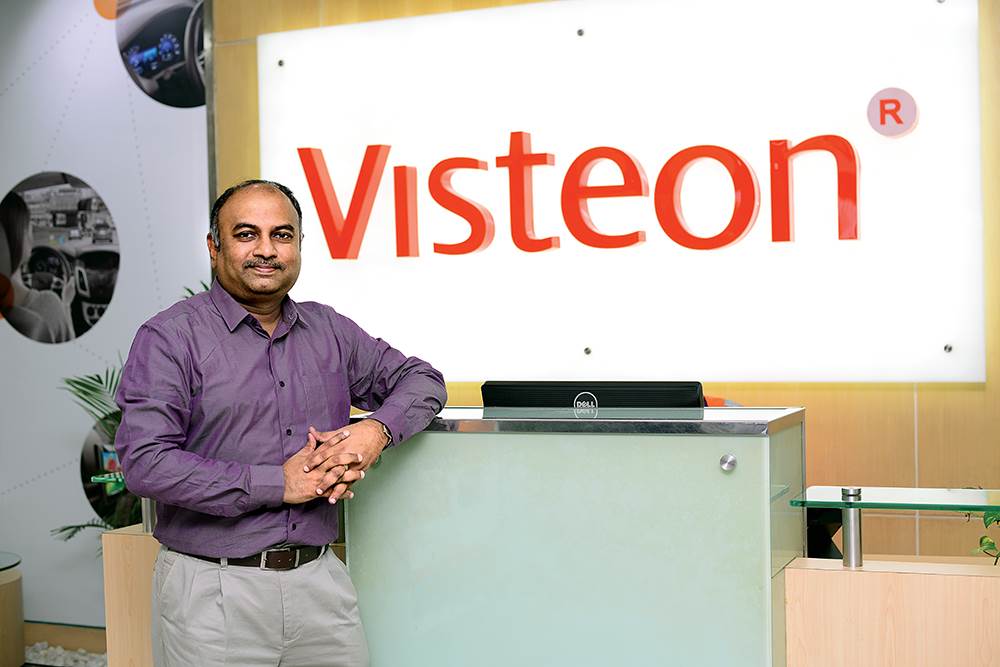 Arun Devaraj: "We see huge potential for our technologies in India as there is a dramatic shift in-vehicle connectivity."

Speaking to Autocar Professional recently, Arun Devaraj, head engineering – India and Korea, said, “We see massive potential for our global technologies in India as there is a dramatic shift in in-vehicle connectivity. The key global trends emerging are a separation of hardware and software, OEM expectations of distinct value from Tier 1 suppliers like us, and faster consolidation of ECUs in passenger cars.”

Today’s tech-savvy customer wants to follow his/her smartphone in the car and the increasing data consumption is indicative of this trend. Visteon, which is bullish on its SmartCore offering in India, is already in talks with OEMs in the country and the product will see a commercial rollout in India in 2019. SmartCore will debut globally later this year in the European market.

SmartCore domain controller, which can independently operate several cockpit domains on one system-on-a-chip (SoC) through a single driver interface, will be the first platform-based domain controller to incorporate the Snapdragon 820A Automotive platform.

Visteon is scheduled to launch the first SmartCore- based solution in 2018 on a high-volume, global vehicle platform with a European automaker. The platform initially will cover driver information, infotainment and connectivity domains. It will be expanded toward a scalable computing concept that integrates further applications such as additional displays, e-mirrors, augmented reality and driver monitoring in future model years.

“The ECU consolidation megatrend is clearly happening in India and it is here that Visteon is going to play a leading role. In India, none of our immediate competitors have a product which has the cluster, radio and infotainment altogether which clearly gives us an edge. When the shift happens, we believe we will be ahead of others,” says a confident Devaraj. 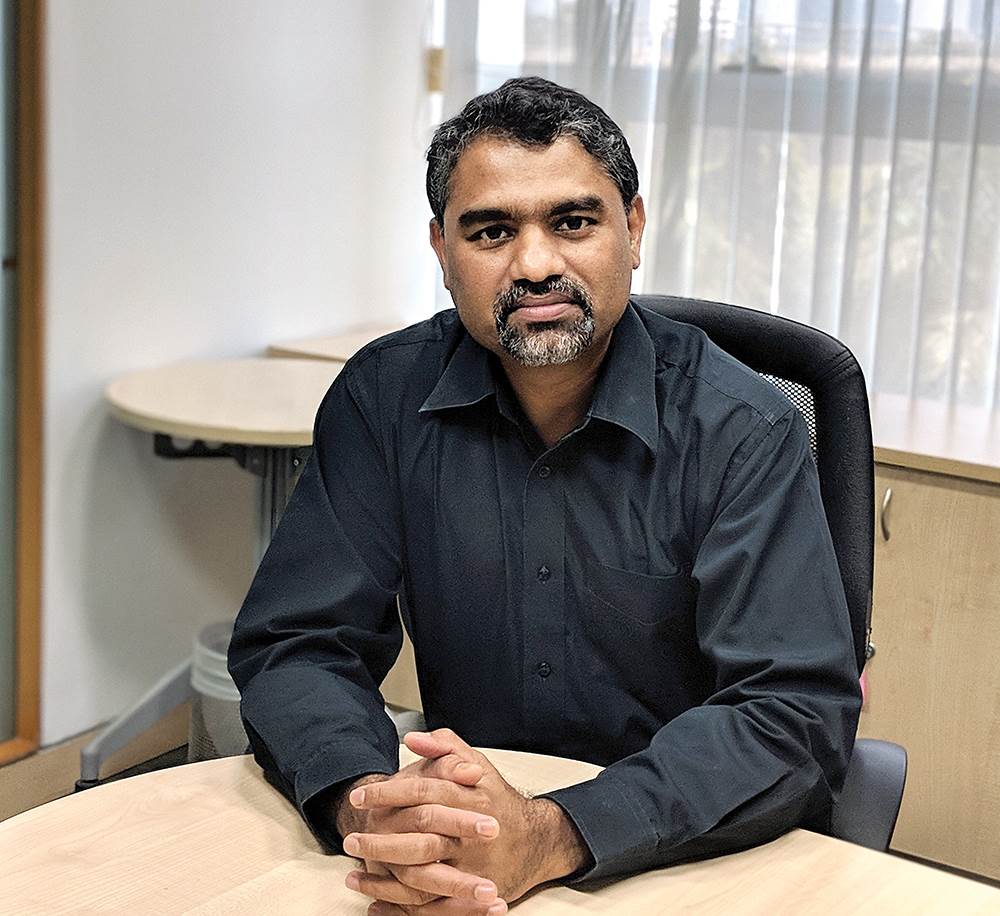 Binoy Paul: "Today, globally, the major focus is on autonomous driving and we have teams working (on it) in India."

The SmartCore platform, which is essentially one ECU instead of multiple ones, constitutes a win-win situation for all stakeholders including car manufacturers, suppliers and the end customer. It facilitates weight reduction, brings down the total cost of the system and helps avoid complexities in the system.

Planning a simple HUD for India

Another product from the company, for which it is seeing interest from Indian OEMs, is the HUD. OEMs in India are trying to offer HUDs, which are popular in developed markets, as a premium offering in their cars. “HUDs for a market like India are certainly going to be an important offering but, at present, the cost is a challenge in India. But I am confident that ideal solutions will come through because of the manner in which technology is growing. We are working with Indian OEMs for HUDs to make it cost effective. We will start with something simple in India,” informs Devaraj.

Visteon is working with some Indian OEMs to develop HUDs for the B-segment with displays up to seven inches. According to the company, all the major OEMs in India are exploring bigger displays in their new car platforms that they are working on at present. Visteon already has significant business with all the major OEMs as the market is shifting towards larger displays. For instance, the Chinese market has moved to 8- to 12-inch displays; India though will begin with the seven-inch display. 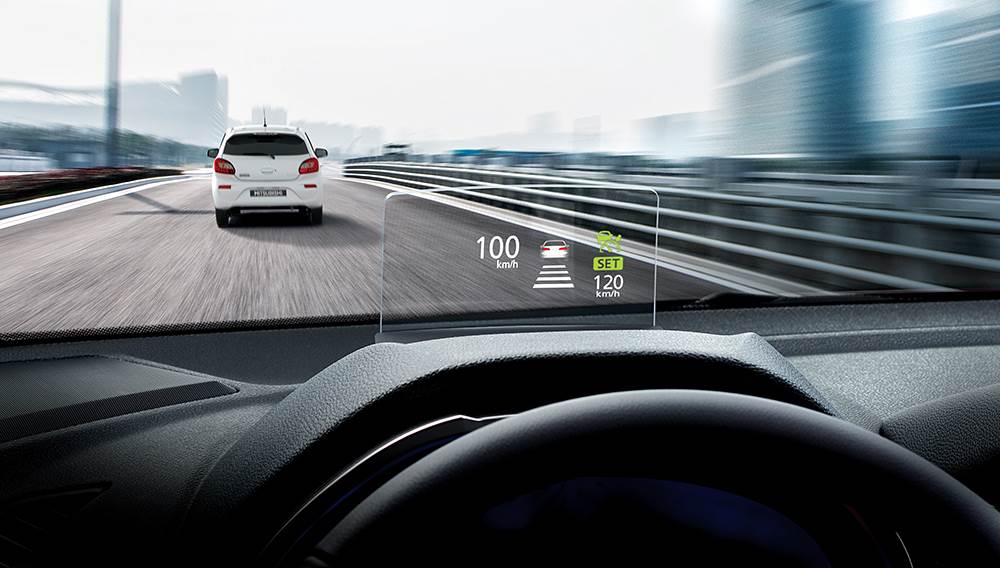 Visteon expects demand for HUDs in India to come for 7-inch models. Likewise, demand for instrument clusters will shift from existing 3.5 to 4.2-inch models to 7-inch units.

As regards the cluster, Visteon is already working on 7 to 8-inch bigger displays. Interestingly, although the displays are getting bigger costs are coming down rather rapidly due to technological advancements and economies of scale.

In India, most cars today have a 3.5 to 4.2-inch standard display for the cluster. Visteon anticipates this upgrading to 7-inch clusters over the next 2-3 years, after which it will go up further, a trend similar to the developed markets.

“As a global company, we are able to bring in all the major technologies to India like artificial intelligence, cybersecurity and autonomous vehicles. Today the major focus is on autonomous driving and we have teams working (on it) in India. We are doing the test and validation for a global product where we use artificial intelligence. AI is not just for driving the car but there are many areas where it can find the application,” says Binoy Paul, global director, Systems Validation Centre of Competence, Visteon.

For Visteon, the differentiation between developed and developing markets is disappearing slowly. Admittedly, there is a cost challenge in markets like India but on the technology side, there is no major difference. Visteon’s cockpit technologies that are being launched in developed markets are India-bound.

Paul, who has been with the company for over 17 years recently returned to India after stints in China and Korea, says India is a mainstream market for Visteon globally and the most exciting in terms of growth and potential.  He heads a 400-strong global team, which conducts the testing and validation of products that Visteon introduces globally.

Visteon is not a big player in the two-wheeler space in India but supplies clusters to East Asian countries like Indonesia, Vietnam and Thailand. At present, the company supplies to one global two-wheeler OEM in India but is now targeting other two-wheeler players.

As in cars, two-wheeler makers are also moving toward bigger displays, an area where Visteon foresees a good business opportunity. Besides, headlamps and tail- lamps are going electronic and Visteon will be looking to make gains in this product area too. However, comparatively, while the potential in the two-wheeler market remains, the value is far lower compared to passenger cars.

Visteon has a strong footprint in India with one of its largest engineering centres and complete product development capabilities. It has over 1,000 engineers and a modern manufacturing plant. With the plentiful technical and software talent available in India, the company is able to service global demand. The company is using its India operations as an export base to European and Asian countries leveraging the cost advantage, quality and capabilities which are best in the world. At the same time, it is trying to also leverage similar strengths for the Indian market in a more cost-effective manner by becoming a preferred technological partner for cockpit electronics in India.

Compared to most global markets, India is unique – it is extremely price-sensitive albeit customers want the best of global technologies, a phenomenon which is common to vehicles, cellphones and FMCG goods. 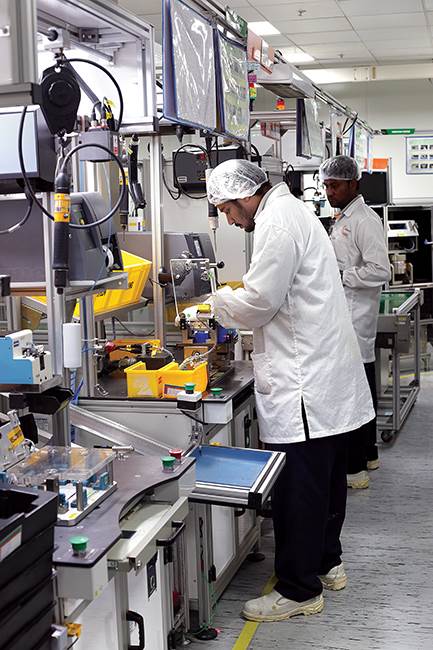 Nevertheless, despite the challenges, Visteon is rather bullish on India as the market is getting upwardly mobile with customers aspiring for modern technologies and able to provide value to local
OEMs. “This is possible because we have teams globally which do such technologies, are able to productionise rapidly and are able to balance both the cost and quality,” says Devaraj.

Visteon, which was a Ford Group company 18 years ago and since then independent, had the American carmaker as its largest customer in India. It is now a supplier to almost every OEM including Renault-Nissan, Mahindra & Mahindra, Hyundai, Ford India and Tata Motors, which the company says is indicative of the fact that it is able to offer value to Indian OEMs by providing the desired technologies and products at affordable cost.

One of the biggest concerns in the automotive world is that of cyber-security. The past few years have seen several cyber attacks on passenger cars involving hacking of data and issues of vehicle security.

Customers though are looking at functional safety and are not very keen on cyber-security which is still evolving. Visteon is trying to address not just the fictional safety aspects but is increasingly working towards cybersecurity by implementing into all its products which become a standard process in the company.

Therefore, the focus is on securing passenger cars by enabling several layers of security to its new products including SmartCore. While customers are not yet demanding this feature and it is not an industry megatrend yet, a proactive Visteon is getting ready for it. “We are probably one of the few companies in the world who made security part of our DNA. We have established a special security team and our processes have been rewritten to follow the security standards. We already follow the J3061 standard in India products too. We are proud to be able to bring this to India even before our customers in India are asking for it,” says Devaraj. It’s something the company will benefit from in the long term.