Extending the FAME India scheme by another six months (up to 30 September 2017) earlier this year, DHI withdrew the subsidy benefits from the mild hybrid technology with effect from April 1, 2017. 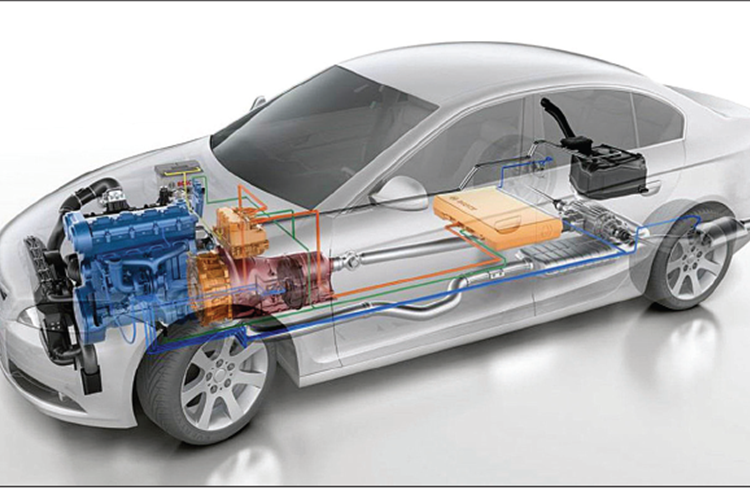 Foreseeing a growing business opportunity through electrification of vehicles in the Indian market, a clutch of suppliers is already taking their first steps at getting ready an ecosystem.

Rewind to the previous editions of the Delhi Auto Expo when major OEMs had showcased their hybrid and pure electric concept vehicles across the four-, three- and two-wheeler segments. However, after all these years, none of them have translated into models available for commercial sale in the domestic market. There can be two primary reasons behind the failure of the EV market to pick up in India – unpreparedness of the local automotive ecosystem (comprised by the supplier community) triggered by the absence of any firm policy direction from the government.

Although it aimed to cover genuine hybrid and electric technologies such as strong hybrids, plug-in hybrids and pure electric vehicles, the automotive lobby ensured the inclusion of the mild hybrid technology (storing energy via regenerative braking and using it for start-stop feature) in the first draft of the FAME scheme, citing the absence of appropriately defined benchmarks for the different hybrid features.

As a result, OEMs such as Maruti Suzuki and Mahindra & Mahindra rolled out models (Maruti Ciaz and Ertiga; Mahindra Scorpio and others) offering mild hybrid features thereby utilising the bulk of the government subsidy. For example, reportedly Maruti’s Ertiga and Ciaz cars received incentives up to Rs 13,000 (on their on-road prices) under the scheme.

The Department of Heavy Industry (DHI) allocated Rs 75 crore and Rs 122.90 crore for FY2015-16 and FY2016-17 respectively. The budgeted amount allocated for the two years, as per the industry officials, was not enough to meet the scheme’s original objective.

Extending the FAME India scheme by another six months (up to 30 September 2017) earlier this year, DHI withdrew the subsidy benefits from the mild hybrid technology with effect from April 1, 2017. A government notification issued by DHI on 30 March 2017 said, “With the approval of competent authority, it is decided that phase-I of the FAME-India scheme is extended for a further period of six months i.e. 30 September 2017 or till the approval of phase-II, whichever is earlier. Further mild hybrid technology as mentioned under clause 10 (of the scheme) will stand excluded from benefits under the FAME India scheme with effect from April 1, 2017.”

Meanwhile the government’s premier policy think tank NITI Aayog and US-based Rocky Mountain Institute released a report titled ‘India Leaps Ahead: Transformative Mobility Solutions for All’ in May 2017. It defined a broad pathway towards the adoption of shared, electric and connected mobility by 2030-32.

“NITI Aayog’s report on mobility roadmap presents a large menu of plausible technology and policy interventions. What is needed at this stage is to narrow down this broad menu to a set of actionable near-term projects and test the feasibility of various suggested pathways,” says Anup Bandivadekar, passenger vehicle program director, The International Council on Clean Transportation (ICCT) in an interview with Autocar Professional. He is globally known for his research work on vehicular emissions and was part of the ICCT team that commissioned and designed the study that ultimately led to the discovery of the infamous VW dieselgate scandal.

Although, on one hand, most of the senior decision makers from the Indian automotive component supplier fraternity see the goals set by the NITI Aayog report as highly ambitious, they certainly accept the inevitability of electric vehicles becoming the mainstream vehicles in the next decade. 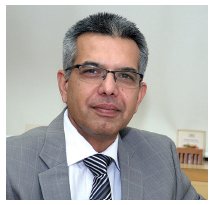 Vinnie Mehta, director general of the Automotive Component Manufacturers Association of India (ACMA), says, “The opportunities around electric vehicles and associated technologies are immense and are certainly going to come. However, the industry seeks more clarity on the government’s policy framework supporting the new mobility solutions with cleaner technologies.” 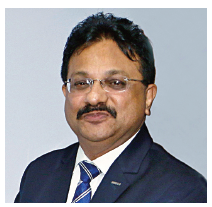 Ramesh Sundararajan, president, Mahle India, states, “While the (EV implementation) timelines are very ambitious, the direction is very positive and India will see a significant shift to EVs by the end of the next decade. Clearly, this is a path-breaking announcement (NITI Aayog’s new mobility report), which will have wide ramifications across the industry and the country as a whole. We at Mahle India are preparing ourselves to address the emerging opportunities in EVs while, at the same time, we are committed to remain a significant player in the ICE market.” 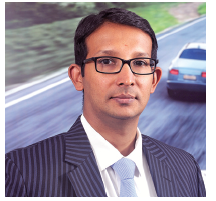 Crediting the suggestions made by the report as a positive step, Soorajith Radhakrishnan, head - powertrain division at Continental India, says, “The transformation of the mobility scenario in India is only possible with all stakeholders coming together to work on the same objective. Only with a clear and unambiguous policy can the industry move towards the large-scale adoption of electric mobility. It (2030) is a very ambitious target and will be heavily dependent on the evolution of battery technology and also the charging infrastructure. The development of battery technology will be key towards achieving this target. A large-scale program to develop necessary infrastructure for charging would need to be undertaken.” 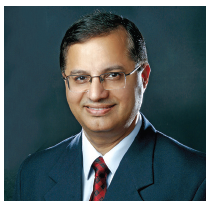 Maintaining the same tone, Sudhir Chawla, managing director, BorgWarner Emissions Systems India, says, "It is always good to see ambitious targets like these set, as they tend to drive development ahead. India is an exciting market for us, as it has high growth potential and shows a sustainable migration towards next-generation technology. In addition, customers in India operate vehicles more in city environments at relatively low speeds, so the focus is more on engines with good low-end torque for spontaneous acceleration. This, for instance, is one of the key benefits of EVs. With city driving, battery-powered driving range is not as important as it is for long-distance travelling, which also improves chances for successful adoption of EVs.” 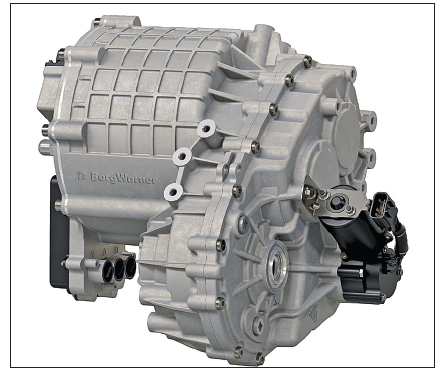 Besides the government’s push for the EVs, the ecosystem is now moving to invest in the new futuristic technologies. 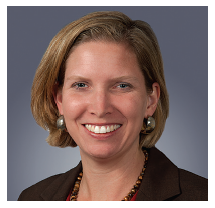 In an interview with Autocar Professional, Jennifer Rumsey, vice-president and chief technical officer, Cummins Inc, confirmed that the global diesel engine major is now looking to transform itself into a leading supplier of electrified powertrains.

“We have a focused effort that we’ve launched with the business development team that’s helping us develop the next level of strategies embracing electrified powertrains to our markets. In fact, we have concept demonstration vehicles that are full electric and we see them actually going into production and into the market. The next step is to build up the key building blocks and introduce them across our markets. I think we see the opportunity at a larger scale and global presence in different markets. We are still leveraging our technical expertise and scale for an electrified powertrain instead of a diesel powertrain,” she said.

She agrees that someday for Cummins, electric powertrains will provide a larger share of engine business than their diesel counterparts. “Yes, I think that is definitely very likely over the coming years and decades. That shift will occur and so we are positioning ourselves with the right solutions for customers to make that evolution,” she agreed. 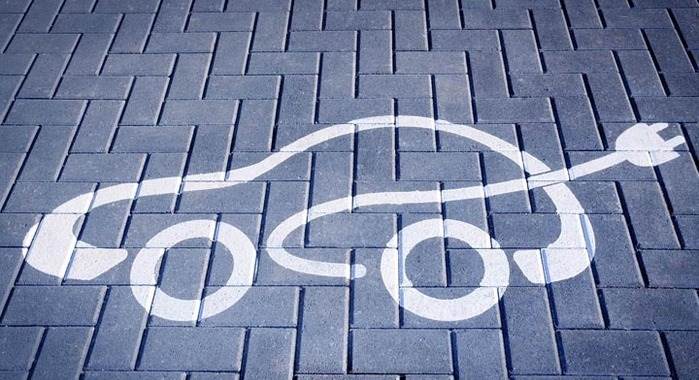 Mahle India is currently evaluating EV technologies for the local market and is studying the viability of localisation of EV-related products. Providing an update, Sundararajan of Mahle India reveals, “Mahle is already engaged in the development of critical components for electric vehicles with all major OEMs globally. We are keen to offer these products to EVs manufactured in India. We are currently evaluating the relevant technologies and the feasibility of locally manufacturing them to offer cost effective solutions in India. Mahle has recently made substantial acquisitions of companies developing and producing electrification components and will continue to substantially invest in the innovations around the EVs across all segments.”

Meanwhile, the Rs 5,600 crore UNO Minda Group is preparing its strategy for electric mobility. Among the megatrends of electrification, autonomous driving and connected car, the first two areas are a priority for the Group. 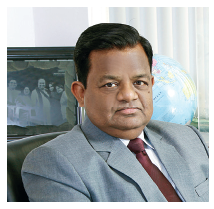 The Group, which already has a lead acid battery business, is planning to get into manufacture of lithium ion batteries. It is exploring other opportunities in the electric mobility space too. According to Sudhir Jain, Group CFO, UNO Minda Group, new opportunities around EVs are critical for future growth and an urgent area that needs to be addressed by Tier 1 suppliers.

“We are studying it very closely. We are in touch with OEMs, and we are studying the timeframe when EVs will become mainstream vehicle business in India. Existence of EVs in the domestic market can be understood as their introduction and the other stage could be where they start eating into the share of vehicles with combustion engines. We are mapping all of our existing products with reference to the vehicle electrification. We need to understand the type of products that are relevant vs irrelevant for the EVs in future,” he says, clarifying his company’s outlook on the same.

On the other hand, BorgWarner has identified electrification as an industry megatrend. The company’s global portfolio already encompasses solutions for four out of five key areas: electric motors, transmissions, power electronics and thermal management. 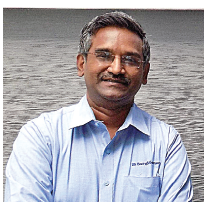 “Generally, in India, we have leveraged our extensive global experience in manufacturing components that reduce emissions to give us a headstart when it comes to helping automakers comply with the new BS VI emissions regulations and we are ramping up our R&D capabilities there to achieve parity with our worldwide development network in the future. For instance, we have recently added a production line for Visctronic viscous fan drives in our Chennai plant, with another one for variable cam timing systems (VCT) already planned," says G Murali, Director and Plant Head, BorgWarner Cooling Systems India.

Continental, which is already supplying a broad portfolio of EV technologies to customers globally, is also learnt to be scaling up its R&D efforts in India. “Our team is constantly working on innovative technologies that set new market standards. Our 48-volt mild hybrid and AllCharge technologies are good examples that project our R&D competence. With increased acceptance of our EV technologies in the market, we will look at localising the entire value chain right from R&D to manufacturing based on specific customer requirements,” reveals Radhakrishnan of Continental India. 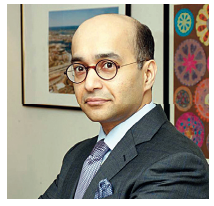 Lastly, Autocar Professional recently broke news about Bharat Forge, one of India’s largest automotive suppliers, aggressively planning to develop and venture into new undisclosed product lines for pure electric vehicles by 2020. In this context Amit B Kalyani, executive director, Bharat Forge had recently said, “As a company, we have been very conscious of the transformation to EVs over the last couple of years. I think it got accelerated with the advent of Tesla Motors. We are well aware and present in the hybrid space as it is today. A lot of the products that we make under one of our subsidiaries (Bharat Forge Aluminiumtechnik GmbH) already go into hybrid and electric vehicles. We have undertaken a very serious exercise to significantly increase our strategic content per vehicle by 2020 in the EV space across a variety of products, none of which we make today. So we definitely will have a very significant piece of offerings available by 2020 through organic and inorganic means.”