The company’s upcoming product pipeline has a couple of new scooter models including the 125cc scooter, which is also one of the half-dozen two-wheelers Hero MotoCorp plans to launch this fiscal. 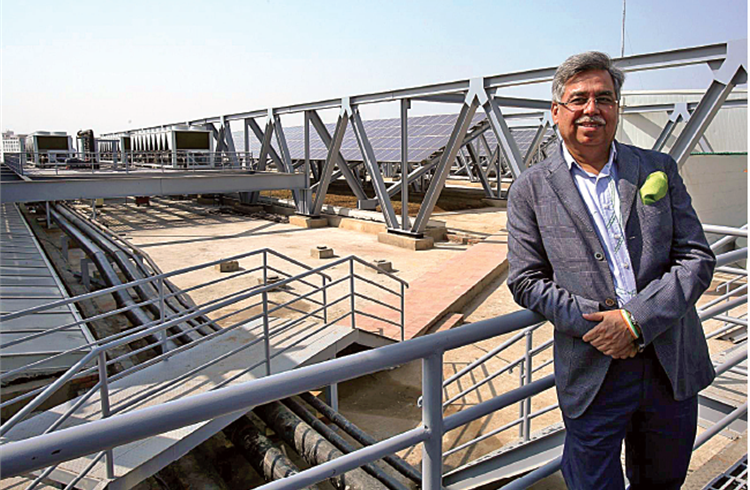 Hero MotoCorp, India’s largest two-wheeler manufacturer, is looking to consolidate its position in the growing domestic scooter market. Autocar Professional learns that the company is eyeing leadership in the 125cc scooter category with its upcoming model as a part of its overall scooter strategy.

Although company officials have previously confirmed that a 125cc scooter is under development, new details about the incoming model(s) have emerged. Industry sources aware of Hero MotoCorp’s product pipeline and its growth plan say that despite several unsuccessful attempts to give a tough fight to Honda in the scooter segment, the Pawan Munjal-led company is planning an aggressive assault on the Honda-dominated territory.

Therefore, the company’s upcoming product pipeline has a couple of new scooter models including the 125cc scooter, which is also one of the half-dozen two-wheelers that Hero MotoCorp plans to launch in this fiscal.

Revealing details to Autocar Professional, a reliable industry source associated with the project said, “Hero MotoCorp has set scooters as one of its top priority. Despite sub-par performance by the Maestro and Duet in the market, the company does not plan to go easy on the domestic scooter market. The company aims to actively grow more than the industry growth in the surging segment. It has been working really hard on its upcoming scooter models. The new scooter (the upcoming 125cc model) will be feature-rich and will be uniquely positioned in the market.” The source spoke on the condition of anonymity.

Notably, Hero MotoCorp has lost the position of being the second largest scooter player to TVS Motor Company in the domestic scooter segment in FY2016-17. According to SIAM data, while Hero MotoCorp had reported sales of 789,974 scooters in FY2017, TVS Motor reportedly sold 826,291 scooters last fiscal.

On the other hand, the scooter market leader Honda Motorcycle & Scooter India (HMSI) has seen an uptick in its share during the same period. Its market share grew from 52.82 percent in FY2013-14 to 56.90 percent in FY2016- 17, indicates the SIAM data. 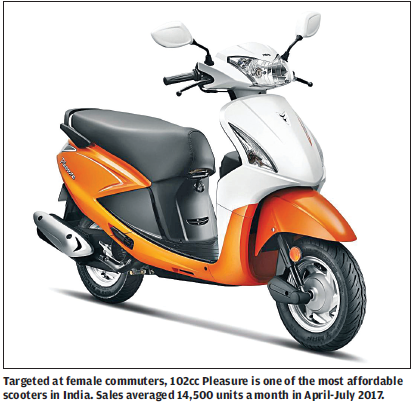 Another source aware of Hero’s new product development plans revealed that the company is mulling over rightly positioning its new 125cc scooter in the domestic market. “The company has taken note of the recent developments in the domestic market. The product team is planning to position its 125cc scooter at the young urban  commuters offering a unisex profile. The new scooter is designed and developed to make a style statement on the lines of Piaggio’s Vespa and Yamaha Fascino scooters,” revealed another source quoting the company’s intent to add a new image to the existing utilitarian image of its current scooter portfolio. 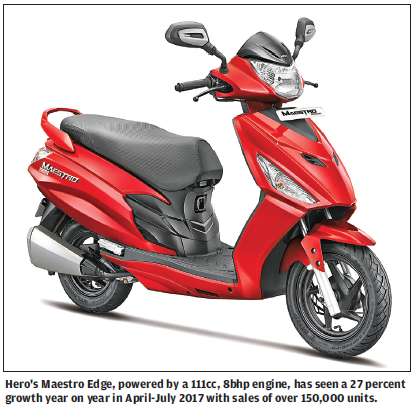 “Expect the package to be aggressively priced when launched in the market,” he further added.

For any company to grow with or above the industry growth, it is understood that it has to be present in the respective growing segments and the sub-segments of the market. Hero MotoCorp appears to be following a similar approach. The company has clearly witnessed a decline in its market share competing in the 100cc-110cc scooter segment.

It now aims to step into the 125cc scooter category wherein the competition is currently limited. Honda’s Activa 125 is known to have not performed as per the company’s original expectations.

Suzuki’s Access 125 is another popular scooter in the segment. The model currently sells in the region of 22,000- 26,000 units per month. However, Suzuki Access 125’s retail availability is largely limited to the urban pockets and few Tier 2 towns.

On the other hand, Hero’s large dealership network clearly means that the company is capable of reaching out to the right customers with its product.

The absence of TVS Motor Company, which plans to foray in this category soon, throws a large opportunity at Hero MotoCorp to establish itself as a leader in the 125cc scooter segment.

According to a market analyst, who closely tracks all developments at Hero MotoCorp, the company rightly perceives this opportunity and aims to go for it with a brilliant, quality product. 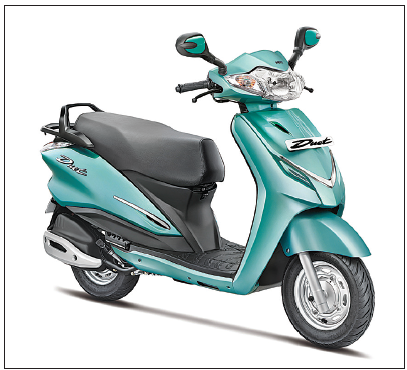 “Although Honda remains invincible in the 110cc scooter category, it has not really done well with its Activa 125. The Activa 125 volumes have been far below than what the HMSI management had earlier expected. Suzuki’s Access 125, on the other hand, continues to do well month-on-month. Suzuki’s bestselling two-wheeler is a good product but its retail availability is limited by the company’s current dealership network, which is far smaller than that of Hero MotoCorp’s footprint. The 125cc scooter segment thus becomes a simpler category to crack and this is where Hero MotoCorp seems to gain foothold and gun for leadership,” he told Autocar Professional.

An email sent to the company for an official quote on the upcoming 125cc scooter remained unanswered at the time of this story going in print.

In the company’s annual report FY2017, Pawan Munjal, chairman, MD and CEO, Hero MotoCorp has said, “We have lined up half-a-dozen new products – across segments, including the premium and scooter categories – for launch in the next fiscal to drive our growth. Clearly, we are going to have enhanced focus on these two growing segments to make rapid make inroads with new products and innovative customer engagement and communication. Even as we go for market share gains, Hero will preserve its unwavering focus on sustaining a healthy bottom line and margins through judicious utilisation of resources and rationalisation of costs.”

(This article was first published in the September 1, 2017 print edition of Autocar Professional)