Visteon bets on high appetite for tech in India for growth 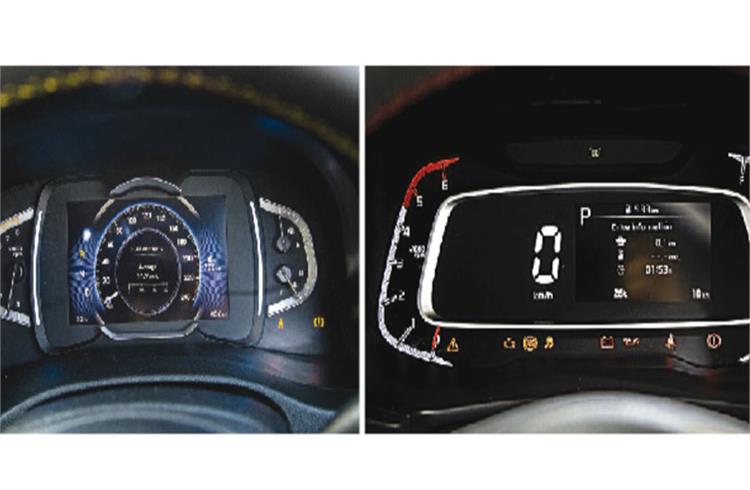 An estimated 500 million Indians use a smartphone, each consuming around 12 GB of data every month. This increasing appetite for technology and digitalisation is influencing the car’s cockpit to greater-than-ever-before degree. In turn, it gives an edge to car models which offer a generous dose of the digital experience to their users.

“Interestingly, Indian automakers are leapfrogging technologically, and are keen to bring these latest solutions to market. A lot of this is driven by consumers who expect a smartphone-like experience inside their car, says Aashish Bhatia, president, Visteon India. There’s a race among passenger vehicle (PV) OEMs in India to deliver the best possible user experience in their respective models. And that’s what is also making India a more important market than ever before, for a Tier 1 supplier like Visteon.

The sharply growing digitalisation trend, which is also pushing PVs to gradually become mobiles-on-wheels, is also leading to expansion of operations by Visteon in India, which is driving towards becoming the world’s third largest PV market. Visteon India wouldn’t disclose revenue details but says that by 2021, it expects revenue to grow by 60 percent of pre-Covid levels, and its plant to reach peak production capacity. Thereafter, the Michigan, USA-headquartered supplier may expand its manufacturing footprint in India. It currently has a manufacturing capacity of up to four million units currently, with some scope to ramp up further.

Only technological competence is not good enough to be successful in the Indian PV industry, also referred to as the world’s most competitive PV industry. While the economy of scale influences the pricing power of any product, cost optimisation strategies are also critical to enhance its competitiveness. Visteon India has adopted a cost optimisation strategy that is aimed at building a software platform with in-house technologies. The platform-based approach has enabled it to lower cost of operations, build in-house capabilities, and leverage reuse to further reduce the cost. “The same platform can cater to different OEMs, with Visteon’s software innovation used as the foundation with which to support a range of HMIs capable of diverse aesthetics,” says Bhatia. He adds that in India there’s a greater penetration of seven-inch displays in the instrument cluster.

Engineered in India, for India, and the world
A quick look at the cabins of recently launched models, and others launched over the past year or two, clearly indicate the evolution of the infotainment system and the instrument cluster — two components that are witnessing a faster evolution than the rest of the cabin. As they are primarily software-driven features, it’s not surprising that Indian engineers are more in demand to develop new solutions for global players, for domestic as well as overseas markets.

Visteon’s Technical & Service Centre in India is now a global CoE (Center of Excellence) in Visteon’s network, for infotainment systems and instrument clusters. Started in 1997 with seven employees, it currently has a team strength of 1,500 engineers across Bangalore, Chennai, Goa and Pune. Visteon has adopted the strategy to have four technical centres in India to access “highly capable resources to deliver the next generation of products” that its customers across the globe need.

“The centres also play a key role in developing and advancing cockpit electronics technologies such as artificial intelligence (AI), machine learning, deep machine learning and cybersecurity,” says Bhatia. He also adds that there is also a structured roadmap to strengthen Visteon’s non-software capabilities in India such as mechanical and electrical design, simulation, virtual validation, display and appearance technologies, and material science.
With the connected technology trend on the rise, teams at Visteon India are working on Android-based infotainment systems that offer the ability to run apps inside a vehicle environment. “We have pioneered the use of Android OS silicon system-on-chip (SOC) from MediaTek and Qualcomm,” says Bhatia.

As the cockpit technologies space evolves, the focus is also on cockpit domain controllers that are an integrated version of instrument clusters and infotainment. This trend has been in the making for the past 4-5 years now, and Visteon wants to strengthen its leadership position in this space with a new focus on volume segments of the PV industry. “We entered this market from the premium segment but now we are addressing opportunities in the entry segment — supported by the feature-rich silicon solutions at an optimum cost. A grid-like chip can drive infotainment and instrument cluster with the ability to easy OTA updates as compared to discrete systems,” says Bhatia.

As the size of the screen in the cockpit grows in size, there are also some challenges emerging. Flat and rectangular displays may not work very well in terms of the driver’s viewing perspective or from its fit within the interior design of the cockpit. So there’s a growing focus towards larger curved displays. “In the last two years, we have invested in building our capabilities to design and manufacture these displays in-house, and development and building of the equipment that we need to deliver these solutions,” says Bhatia.

One of the newer technologies in the display industry after LCD has been OLED. OLED has seen success in the smartphone industry, and so it was an “ideal next step to bring it into automotive”. However, OLED has some disadvantages: “The lifespan of OLED probably does not meet the requirement for automotive lifespans of about 10 years. The second issue we see with OLED is that the brightness is also compromised, also partly because of the first limitation. The more bright you run OLED displays, the shorter is the lifespan,” reveals Bhatia.

In response to that, Visteon launched a new technology called microZone. While one can run OLED at about 500 candelas per square meter (cd/m), which is the brightness measure, the microZone technology can be run at about  1,000 cd/m, while consuming less than 10 watts of power, according to Visteon. Along with good energy efficiency, the technology offers high contrast and brightness, and wide colour gamut that enables automotive displays to achieve parity similar to mobile devices are being pitched as the additional advantages of the microZone technology.

The mobile phone has become almost an integral part of one’s daily life, especially in urban India. Therefore, it's not surprising that the cockpit screen technologies are also greatly influenced by it. In the case of India, the appetite for such technologies could be growing even bigger than before as more and more youths join the passenger vehicle's industry’s customer base.

This feature was first published in Autocar Professional's November 1, 2020 issue.