Truebil aims to capture five percent share of the used-car market in the three metros of India and intends to leverage technology for improved experience. 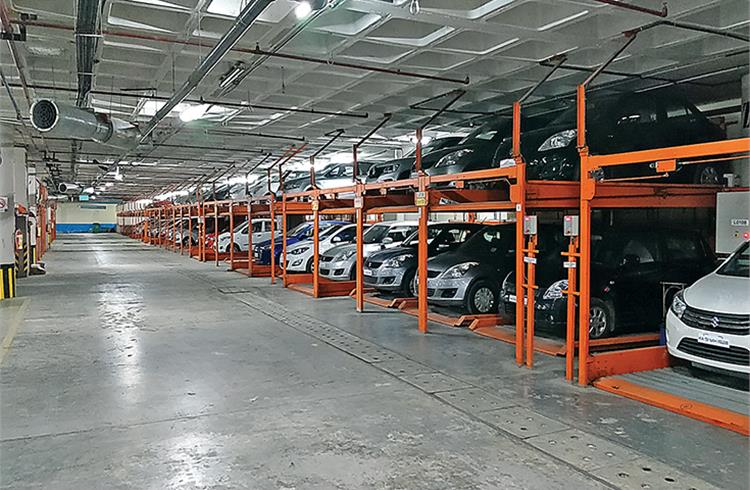 When it comes to vehicle per capita, India despite being the world’s fourth biggest car market (in terms of sales) sees one of the lowest ratios around 22 per 1,000 people. On the other hand for India Auto Inc, this low number translates into an ocean of opportunity. No wonder then that the auto industry has seen robust growth in the past few years, on the back of rising income levels, infrastructure growth and various opportunities, not just from personal buyers but also aggregators.

India's used car market is estimated to be around 1.2 times that of new car sales. The average replacement or ownership for vehicles in India is estimated to be around four years. In terms of numbers, the country’s used-car business is a thriving operation and remains a buyer-driven market. In 2015, three individuals in Mumbai who were working for a start-up decided to purchase a used car for their daily commute. The sole issue for them was to find and shortlist well-maintained vehicles that fell in their budget, as it was a high-ticket purchase and the market did not have a standard pricing. The process of ‘need to buy’ and ‘fit to buy’ took them all of two months. And then there was the challenge of paperwork, getting the requisite certificates and transfer of ownership among others.

It was then that the idea of entrepreneurship was born to them. Despite numerous existing players – online and offline, organised and unorganised, classifieds and word-of-mouth suggestions, the considerable time they spent to find an ideal vehicle that met their requirements was a challenge that most used car buyers face.

Shubh Bansal, co-founder and chief of marketing, Truebil says, “There was a market gap and we wanted to build a company or solution to provide end-to-end solutions to the customer. This was the genesis of the idea, after that we started with the C2C-marketplace where every car would be inspected and the listing would carry the rating and details along 40 quality photographs.”

In 2015 the company raised $500,000 (Rs 3.15 crore) from Kae Capital and angel investor Anupam Mittal, founder and CEO of People Group. In 2016, it raised $5.5 million (Rs 35 crore) in Series-A funding led by Kalaari Capital, Inventus Capital, Kae Capital, and Tekton Ventures; in 2017  it secured an investment of $3 million (Rs 18 crore) from China’s leading Venture Capital Fund Shunwei Capital, which was started by the co-founder of Chinese technology major Xiaomi. 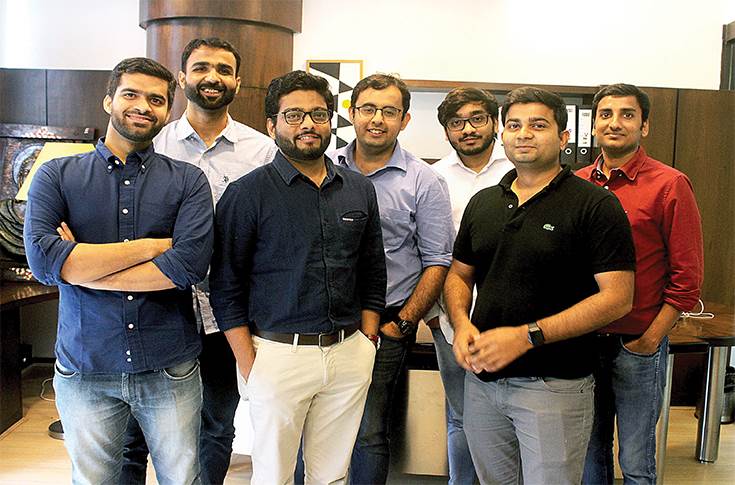 Truebil has been founded by seven IIT graduates

The company started operations in Mumbai but now operates in Bangalore and Delhi through its three business verticals – Truebil Marketplace, Truebil Direct and Truebil Auction. Bansal says, “In India, the used car market is supply constrained, there is huge demand but not enough supply in the market. Liquidity is less in India compared to the US. For instance, there are around 45 million used cars sold in the US compared to 3 million in India. Around 60 percent of cars in India are not of good quality,  have clocked more than 100,000km, and are over 10 years old. Our business model allows us to take any kind of supply and offload it through our channels.”

When a seller contacts the company, a representative visits him/her in the next 24 hours, carries out the inspection, sends the photographs and reports to the company. The back-end operation determines vehicle condition, checks if it meets the parameters and gives the seller a quote. If agreed upon, Truebil buys the vehicle and then sells it directly; if the seller does not expect he/she can list the vehicle on the marketplace. In case if the vehicle does not meet the company’s quality-check (brand, age, price, mileage, history, non-accidental and weighed on 150 checkpoints), the seller has the option to get the vehicle auctioned through the company’s network of  over 300 dealers. Bansal says the company will not purchase or list the vehicle on its website if it does not meet the criteria, and in fact Truebil Direct does not deal with vehicles manufactured prior to 2010. The company currently has an inventory capacity of 400 vehicles across three cities (Mumbai 150, Bangalore 150 and Delhi 100). 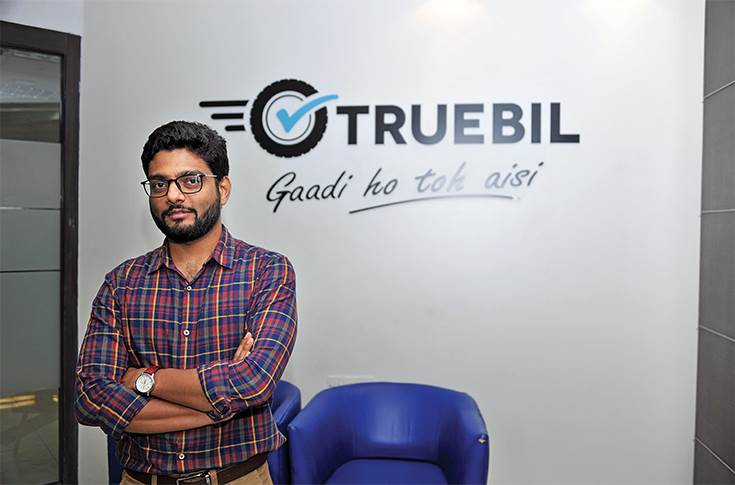 Shubh Bansal: "Around 60 percent of cars in India are not of good quality,  have clocked more than 100,000km, and are over 10 years old. Our business model allows us to take any kind of supply and offload it through our channels."

According to Bansal, the Truebil business model has been quite successful and has seen smart growth.  He says the company reported revenue of around Rs 80 crore in FY2018 compared to Rs 760,000 in FY2016, and is projected to achieve Rs 240 crore for FY2019.

Aiming at a speedy turnaround time

With lack of standardisation in the used-car market, the turnaround time plays a crucial role. Truebil Direct says it has a turnaround time of 30 days compared to the industry average of around 40 days. “We are doing around Rs 12 crore of sales (revenue) and total Gross Merchandise Value (GMV) is around Rs 25 crore.  The average ticket price is around Rs 270,000 through Truebil Direct, Rs 170,000 through Truebil Auctions, and the Truebil Marketplace is around Rs 350,000,” says Bansal.

According to the co-founder, success for Truebil Direct lies on the back of the company’s dynamic algorithm which takes into account many factors. “We are not dependent on humans to procure or sell a car. The Marketplace listing is a curated one where we inspect each car, collect the data points that no one else is collecting in the country. The condition of the car, price, geographic location (seaside or farther from sea) or rust condition; we collect all this data, collate and run it through some logical algorithms that we have developed, which gives the TruePrice and TrueScore.”

“TruePrice takes into account the activity people are doing online on the platform, marketplace and what are the price fluctuations in the marketplace. Also, what new car parameters are coming into play. Suppose there is a new facelifted model slated for launch, then obviously the prices will drop. We use this data to calibrate the TruePrice and the TrueScore, this gives us qualitative parameters.”

“Assume we give a quote of Rs 300,000 for a car. Tomorrow, depending on the algorithms, the quote will turn lower or higher; it can also tell the scores on market place is dropping because of the price being higher, this is faster then what humans can calculate. Plus, my score depends on the cars I have in my inventory. If we have 15 Maruti Wagon Rs, and someone wants to sell a Wagon R for Rs 300,000, we will only buy it at Rs 150,000 only, as we already have them in our inventory. We are keeping a strong tab on the turnaround time.  Also, we are testing another model wherein if we sell the car at a higher price than what we intended, we will pass on this benefit to the customer as well after getting his/her confirmation to quote a higher or profit-sharing model,” adds Bansal.

For a buyer, the company gives a six-month free service warranty, which includes 12 critical car parts and one roadside assistance operation in the year. The charges for paperwork and transfer vary from vehicle to vehicle but the average ranges between Rs 3,000 to Rs 4,000. Also, if the  vehicle has been with the company for long, the cost of paperwork gets included in the selling price.

Truebil claims it has captured around 2.5 percent of Mumbai’s used-car market, 0.5 percent in Delhi and 1.5 percent in Bangalore, considering an average of 10,000 cars sold each month in each city. The company says it is targeting a 5 percent share before venturing into other cities. “It doesn’t make sense to venture out to different cities too quickly, as the demand for vehicles will be completely different depending on the geographical location,” adds Bansal.

Through Truebil Auction, the company sees another window of opportunity. With around 60 percent of the stock in the used car market not of good quality that consumers in metros do not wish to buy at retail levels, these vehicles see traction in emerging domestic markets. “This is what we are trying to build. We will take this kind of supply and sell to the Tier 1, 2 and 3 cities. We are tying up with dealers in Kolhapur and Pune among others. We are trying to take the supply from metro cities and distribute it to adjacent cities and smaller cities. In the next year, a majority of our focus will go here, apart from the technology part,” signs off Bansal.