Ten innovations that changed the dynamics of motoring

We examine some wonders of modern motoring whose roots stretch back much further than you might think. 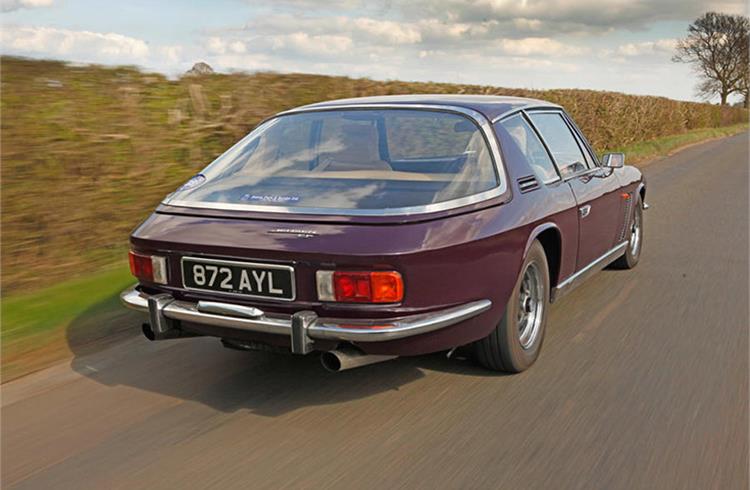 It’s often said there’s nothing new under the sun, and that’s as true in the automotive world as anywhere else. We’re constantly being dazzled with the latest tech, but it only takes a quick flick through the history books to discover that much of what’s ‘new’ has actually been seen before – often decades ago.

Here we look at 10 relatively recent innovations and find out just how fresh they really are. Plus we note five engineering inventions that promised to transform the way we drive, before pretty much disappearing without a trace. So dig in for a little motoring déjà vu. 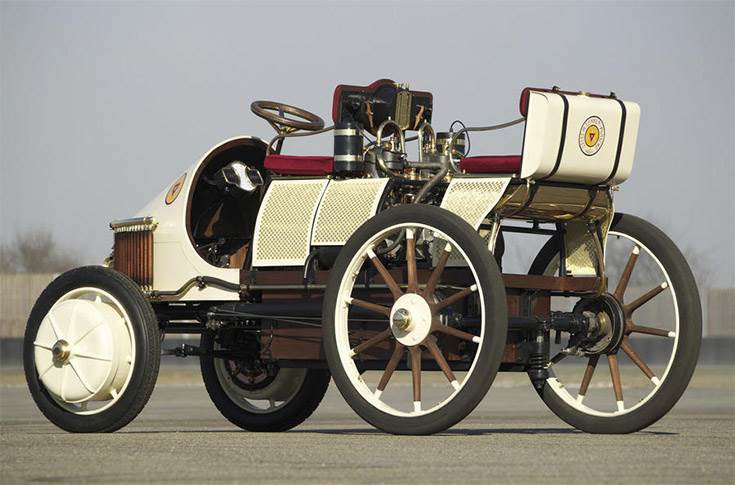 The Toyota Prius was arguably the car that kick-started this revolution in 1997, although Alfa Romeo and Audi were experimenting with hybrids in the 1980s. Yet this system is almost as old as the car itself, with the Ferdinand Porsche-designed Lohner-Porsche Mixte making its debut in 1900. Drive was by a pair of hub-mounted electric motors, which were powered by batteries charged by two De Dion-Bouton petrol engines. The arrival of the Ford Model T made this heavy and expensive propulsion system redundant for nearly a century. 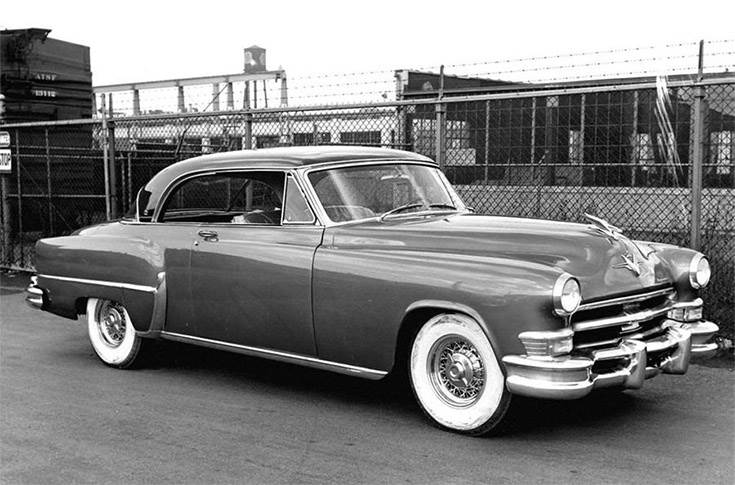 A climate-controlled cabin is still a fairly novel experience for many UK motorists, but the US was a much earlier adopter, with chilled interiors standard on most cars by the early 1970s. For the first true air-conditioned car, you have to go back to 1940, when Packard offered the Babcock and Bishop Weather-Conditioner. It worked, but an astronomical price and cooling gubbins that took up most of the boot meant it proved unpopular, paving the way for the more powerful and compact Chrysler Airtemp system of 1953. 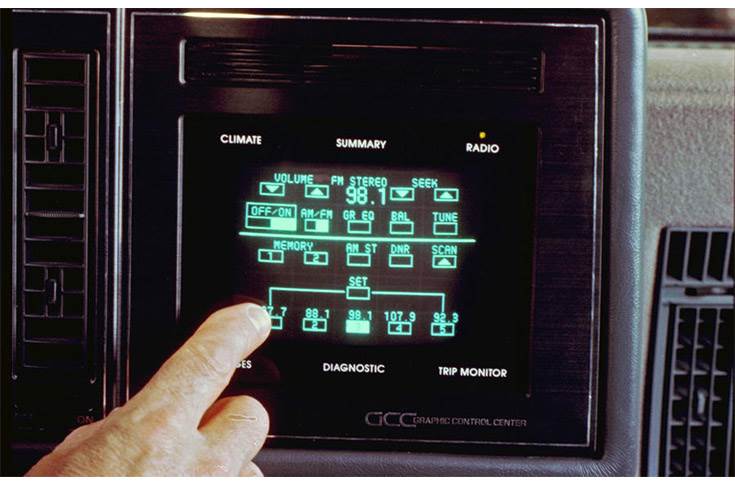 Ever since the smartphone revolution, car manufacturers have been in a mad rush to fill dashboards with similarly slick touchscreen interfaces. Yet this high-tech automotive must-have accessory predates the Apple iPhone by about two decades, making its debut on the 1986 Buick Riviera. Called the Graphic Control Center, the 9in display featured green-on-black graphics and controlled almost every on-board function, including the radio and climate control. Ahead of its time it may have been, but buyers weren’t convinced, and it was consigned to the bin by 1990. 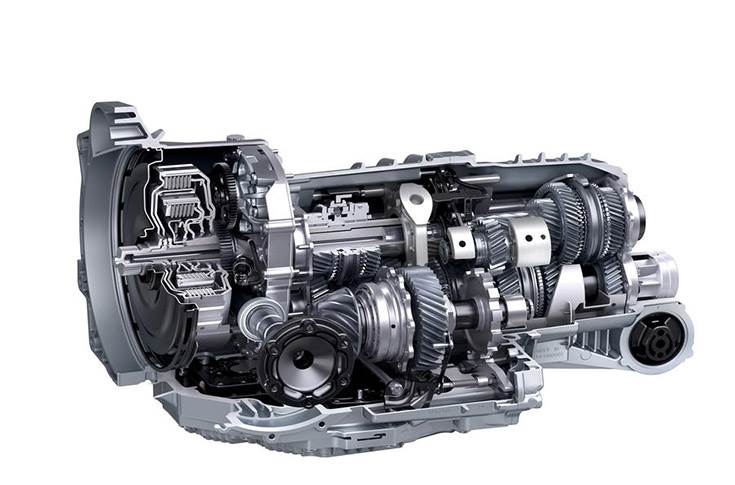 The quick-shifting dual-clutch transmission has been around for nearly two decades now, following its debut on the Volkswagen Golf R32 in 2003. Yet work on this novel system started much earlier than that. French engineer Adolphe Kégresse went so far as to patent his design in 1935, despite never building a working version, but it was Porsche that refined it into what we have today. It had been working on the idea since 1964, but it wasn’t until 1983 that it installed an experimental unit in its 1983 Group C 956 racer, while Audi trialled the same transmission in its 1985 Group B S1 quattro rally car. 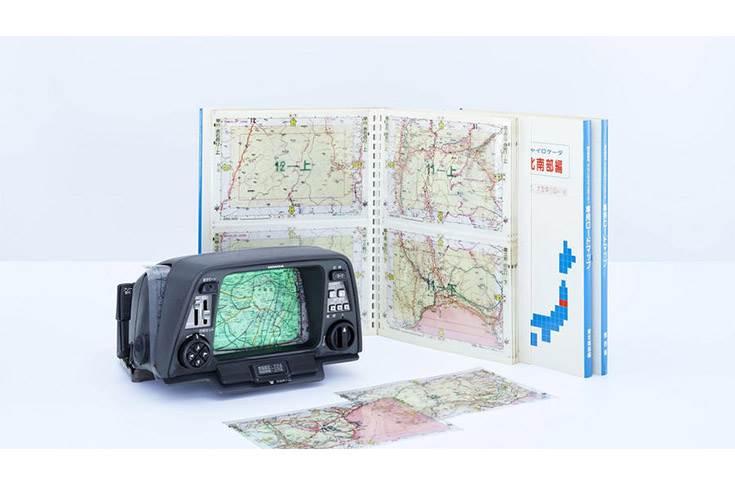 The first car with built-in sat-nav? That’s easy: the 1990 Mazda Eunos Coupé. This is partly true, as it did introduce a GPS-based system that we recognise today as proper ‘satellite’ navigation. There were earlier systems that delivered similar results in different ways, and it was in 1981 that Honda introduced the first in-car navigation. The Gyrocator used a helium gas gyroscope to detect rotation and movement, while a feed off the transmission measured distance and speed. Sitting on the dashboard was a hefty 9kg, backlit screen that was covered in a microfiche-style transparent map of your locality. As an option, it cost around a quarter of the contemporary Accord and was pensioned off after a year. 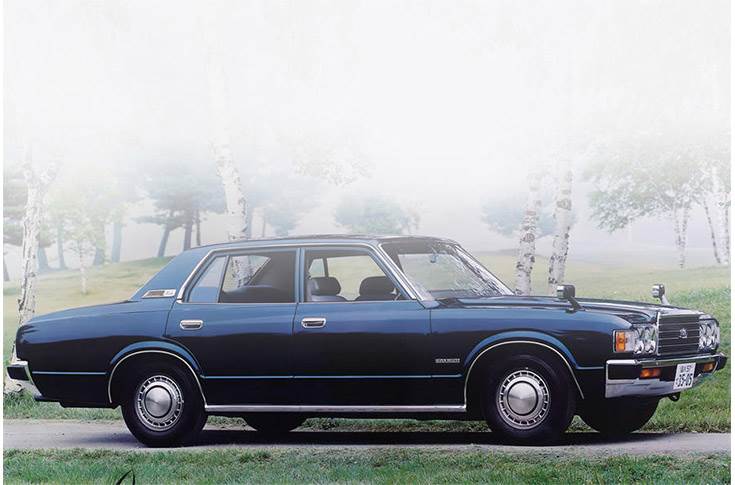 Fuel-saving technology is more important than ever these days, and one of the most important innovations in this area has been start-stop. It was BMW that led the charge in 2007 as part of its Efficient Dynamics programme. Since then, it has become a universal fitment on almost all new cars. Take a peek back through time, though, and you’ll see it was Toyota that pioneered this petrol-preserving tech in 1974. Available as an option on the Crown saloon, it would cut the engine when the car was stationary for more than 1.5sec, firing it again when you pressed the clutch pedal. In the UK, we got our first glimpse of stop-start in 1985, when it appeared on the Volkswagen Polo Formel E. 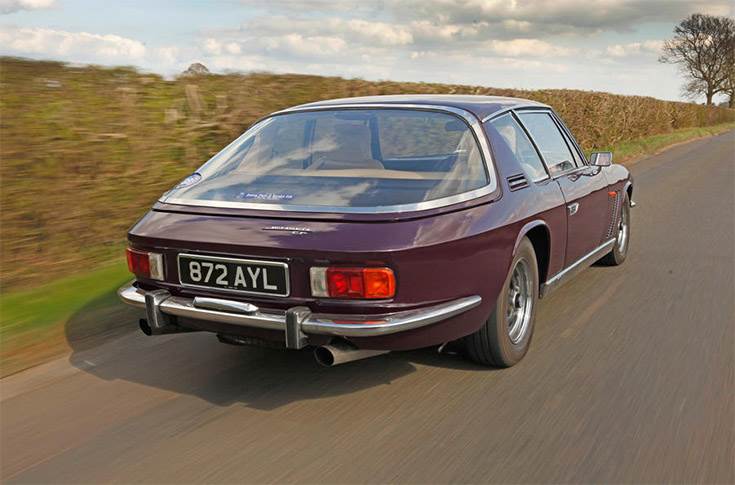 It’s not a far-fetched suggestion to nominate anti-lock brakes as among the most important safety innovations ever. Back in 1966, the Jensen FF coupled the one-channel Dunlop Maxaret ABS system with Ferguson four-wheel drive. Yet work started earlier than that, with engineer Pierre Cayla submitting designs in 1923 for a hydraulic set-up that used a hub-driven pump to reduce braking pressure as the wheel slowed, effectively reducing the risk of lock-up. Although tested, it never made production, meaning Jensen still rests on its laurels. 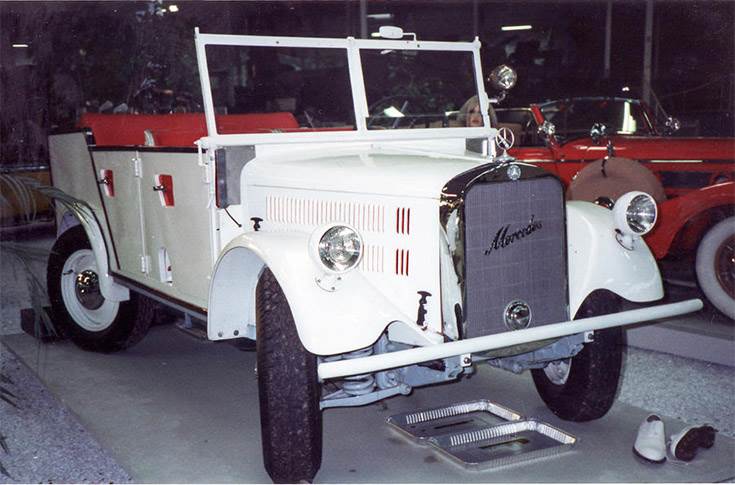 From Renault hot hatches to fast Ferraris, four-wheel steering is the latest must-have dynamic addendum. Boosting agility and stability, this system has finally found its calling among increasingly large and heavy machinery. But it’s not that new – not even as recent as the 1987 Honda Prelude that introduced a fully steered rear axle, or the HICAS set-up used on the 1985 R31 Nissan Skyline. As early as 1935, British racer Freddie Dixon was experimenting with 4WS, and in 1938 Mercedes used it on its Geländewagen off-roader. 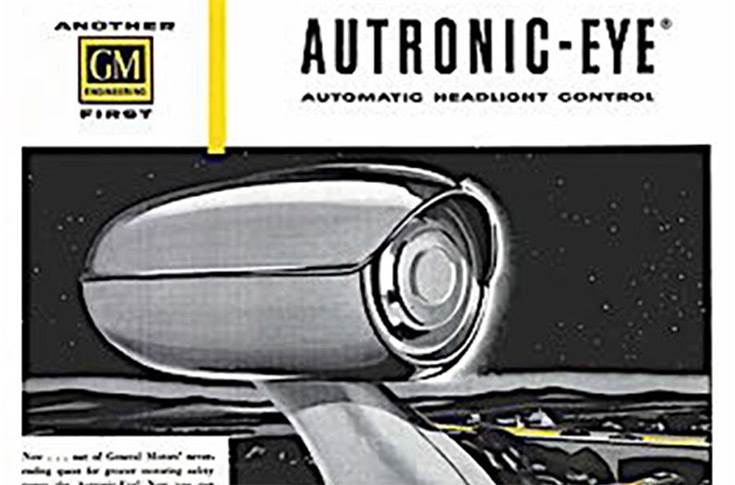 LED technology has brought about huge advances in the evolution of the headlight over the past few years, with matrix systems capable of ‘masking off’ oncoming traffic and pinpointing potential dangers, such as pedestrians and cyclists. General Motors was first with automatic main beam and dipping, thanks to its 1952 Autronic-Eye system, which used a light-dependent resistor mounted on the dashboard. Directional cornering lights have been around a wheel even longer than the 1967 Citroën DS that made them famous. Called the Cyclops Eye, the 1947 Tucker 48 featured a swivelling central lamp set into the front grille and connected to the steering. 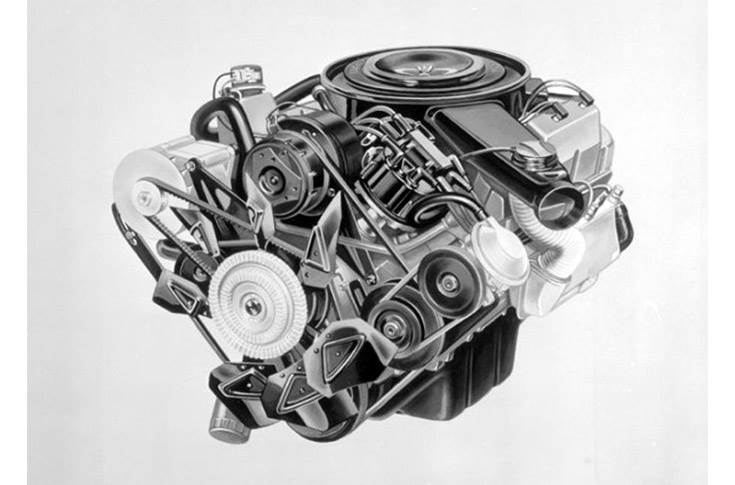 The ever-increasing emphasis on efficiency means that cylinder deactivation has become a hot topic, with many makers touting the technology as cutting edge. Volkswagen is a great proponent of the system, while GM used similar set-ups in its Northstar V8 and Senator saloon in the late 1980s. First to use the system was Cadillac, with its 6.0-litre LS62 V8, which, thanks to electronics specialist Eaton, could run as a V6 or a V4. Problem was it was notoriously unreliable and most owners disconnected it. The tech was dropped after a year. 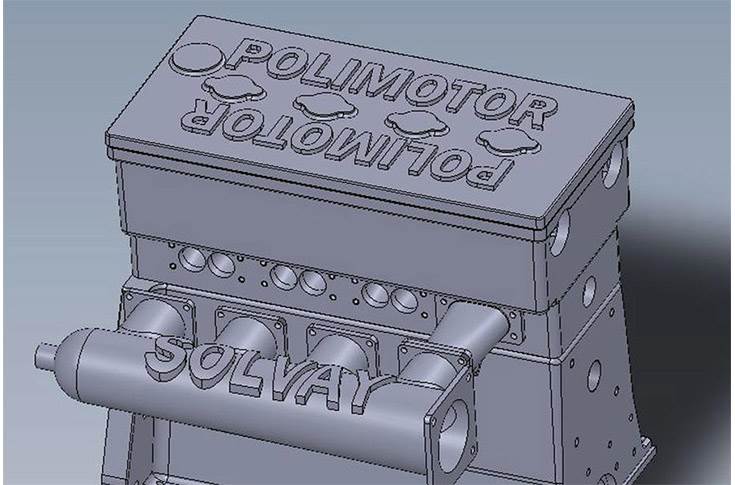 Plastic engines: Plastic plays a big part in car manufacturing, but can you make an engine out of it? In the 1970s, American Matthew Holtzberg developed a racing engine with a plastic composite block, conrods, cam cover and timing gears that successfully ran in IMSA races during the ’80s. Yet manufacturer interest was minimal and despite research continuing, a plastic engine seems as far away as ever. 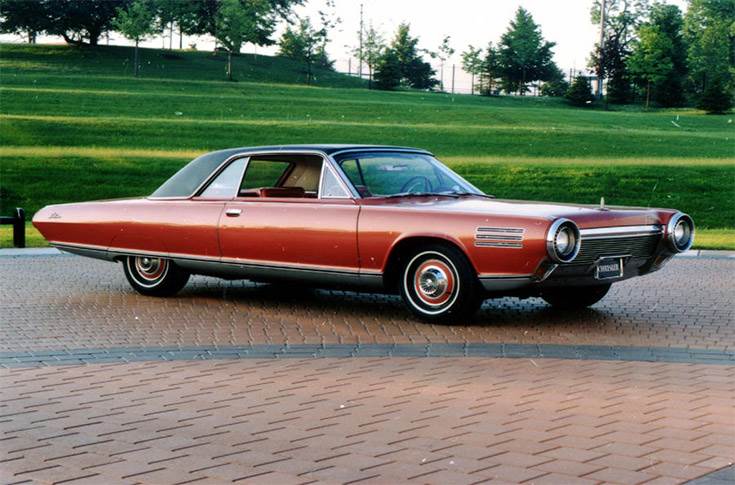 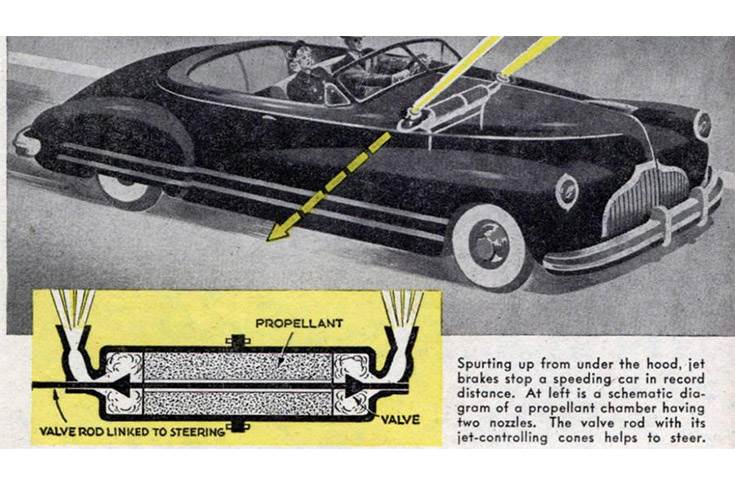 Rocket brakes: This system was intended as an emergency measure and designed by America’s Office of Scientific Research and Development in 1946. When a pair of small rockets located at 45deg just below each A-pillar were fired, their reverse thrust could stop the car in half the distance of standard brakes. Experiments with a Jeep proved the potential, but there was the small matter of serious injury from accidental firing. 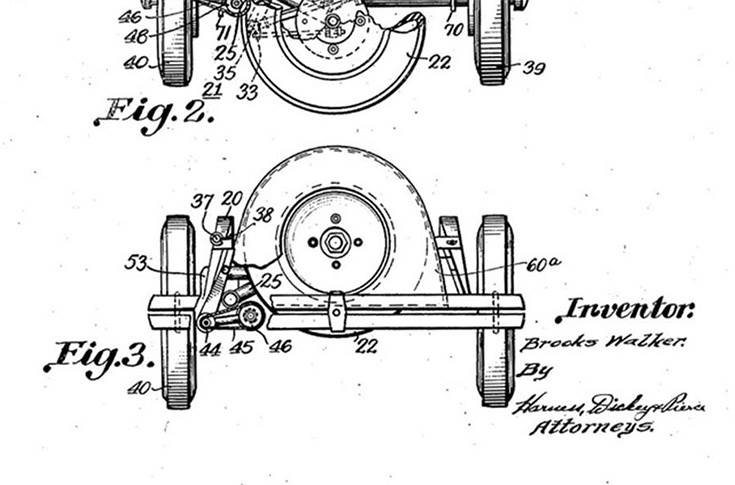 Fifth parking wheel: American Brooks Walker first patented this idea in 1932 and was still pitching for manufacturer support two decades later. It consisted of a jockey wheel mounted in the boot floor that dropped down and lifted the rear of the car for a near perfect sideways parking shuffle. It worked but took up half the boot space and, in the US at least, you could drive straight into most spaces without needing to parallel park. 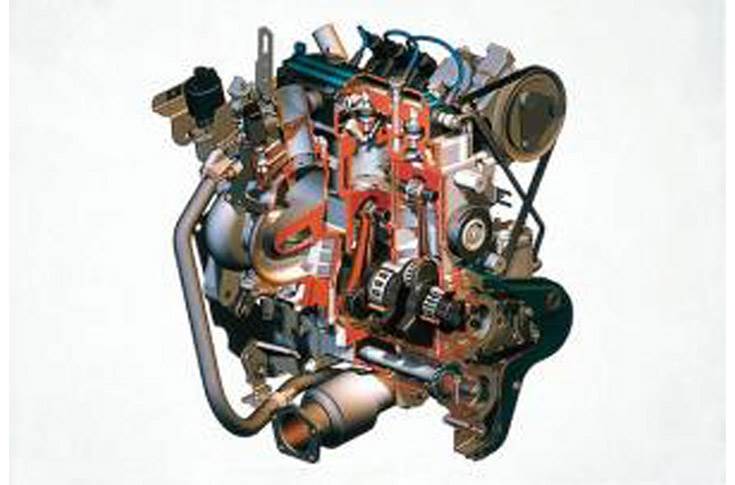 Orbital two-stroke: Developed by Australian engineer Ralph Sarich, this light and compact three-cylinder engine delivered numbers so remarkable that Ford trialled a fleet of Fiestas with it in the early 1990s. So where is it now? It turned out that while power, efficiency and cleanliness were first rate, the engine was unable to deliver all three at the same time, and by 1995 the Orbital had drifted into obscurity.