Telematics to the rescue

Trak N Tell, a Gurgaon-based IT services start-up, aims to enhance vehicle safety by offering customised vehicle telematics solutions in India. We lock in to the offering. 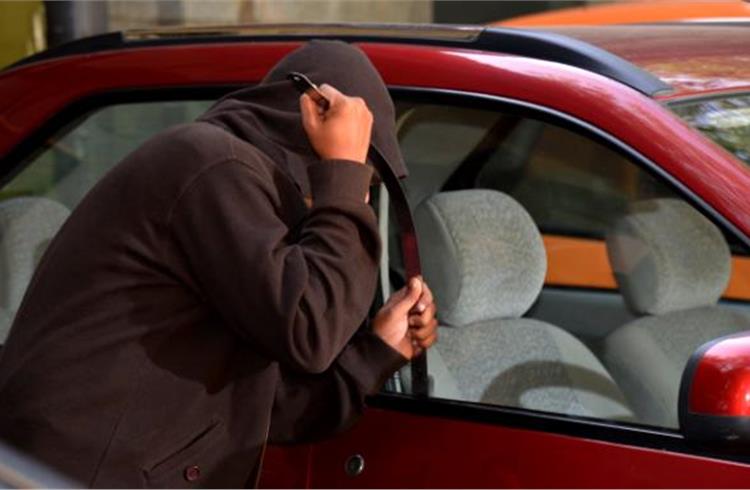 As the vehicle population increases in India, there is also a growing incidence of passenger car theft, both in town and country. In a bid to improve automobile safety systems in India, Pranshu Gupta, founder and CEO of Trak N Tell, conceptualised the company in 2008.

The idea which stemmed from his own personal experience of vehicular misuse by his driver has now evolved into a holistic safety solution for private and fleet owners alike, which banks on telematics to transfer realtime information through a cloud-based ecosystem.

Telematics as a concept was introduced to understand the usage patterns of vehicles. Based on data collected, which includes geo-location, owners can be alerted in case of theft or an emergency. With this fundamental at its core and a primary focus on vehicle and passenger safety, Trak N Tell helps locate stranded occupants and provides help and medical assistance, if needed. It also provides assistance in recovering stolen vehicles. 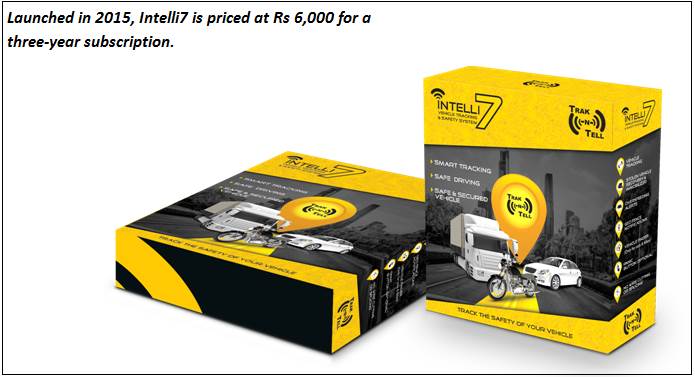 The company’s USP lies in its functionality. A GPS-based unit that can recognise the structural dynamics of a car and adapt to panic and threat-based situations enabling prompt action. Intelli7 (priced at Rs 6,000 for three-year use), which is the company’s current flagship product, was launched a year ago and incorporates features like impact alert calling, real-time tracking, panic button, remote engine immobiliser and over-speeding alerts. It also allows for predictive engine failure, preventive maintenance notification and fuel monitoring system. 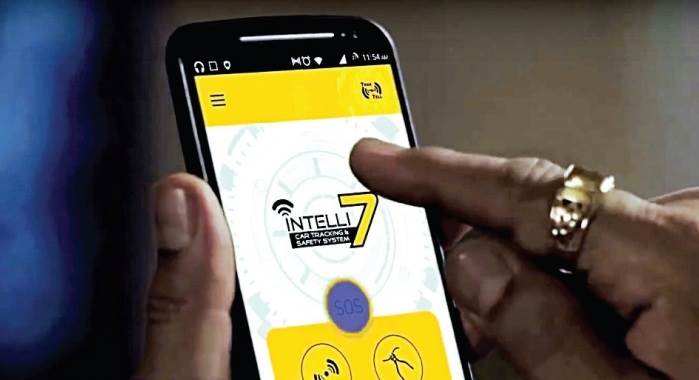 Track N Tell hopes to create an ecosystem which not only makes vehicles secure but also promotes responsible driving.

In the US, the researcher IHS Automotive predicts that by 2017, 60 percent of all cars sold in the country (about 10 million vehicles) will be connected to the internet. Globally, it is estimated that there are 23 million connected cars on the road today with projections for 152 million by 2020. Going by the above-mentioned estimates, the industry can grow by up to 150 percent year on year.

At present, the telematics and connected technologies market in India is still in its nascent stage when it comes to adoption, and is mainly used for basic services such as tracking and fleet management.

However, as the prices of the hardware have fallen, competition has increased exponentially with cheap imports from China flooding the market. Aftersales service though remains a big concern with such devices.

Telematics systems offer fleet management solutions which can help companies reduce the number of empty runs and, consequently, decrease fuel expenses. As a result, fleet operators have started using fleet management services to reduce the overall vehicle downtime which, in turn, is set to drive the telematics market.

Penetration in the passenger vehicle industry is still fairly limited, but with players such as Track N Tell offering cost effective and reliable solutions and greater awareness among vehicle buyers, the market is set to grow considerably in the coming months.

Although the products developed by Trak N Tell can be deployed globally, its main focus at the moment is to scale up its business in the Indian market, despite having a customer base in China, USA, Europe, and Africa. The company hopes to create an ecosystem which not only makes vehicles secure but also promote responsible driving in the country. 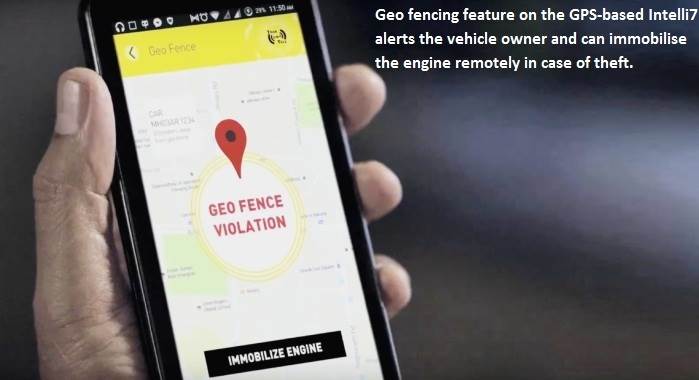 In July this year, Trak N Tell had raised an undisclosed sum of funding from a group of investors, led by WhatsApp cofounder Brian Acton.

Trak N Tell is deploying the funds towards product development and business expansion. Apart from hiring professionals in multiple verticals which include R&D, operations and marketing, the company plans to expand to other markets in India.

Currently, the start-up has a service network spanning over 110 cities in India. Its products are listed on major e-commerce portals such as Amazon and Flipkart and are also available at over 250 dealers in NCR and Bangalore. The company plans to gradually expand its reach to other cities and gain a foothold in major metropolitan areas by the end of this year.

Track N Tell currently has a presence in Delhi and Bangalore for retail sales with close to 250 dealers, along with online presence with for deliveries all over India. “We do not want to enter an explosive growth mode just yet and will take the learnings from our existing markets before entering newer territories. Hopefully, by end-2017, we will have a retail presence across India,” says Gupta.

The company is banking on its ability to offer vehicle owners peace of mind through telematics-enabled fast tracking capabilities to drive future growth. With ample funding and growing emphasis on safety, it seems to be on track. n

Who are the prime target customers for Trak N Tell?

We cater to three different segments of customers: first are individuals, next fleet owners and the third being the OEMs. We are working with various manufacturers in the four-wheeler and two-wheeler domains. We are already approved by some OEMs and suppliers and are working to get more such approvals.

Which among these three verticals is the biggest growth driver for the business? How are the volumes shaping up?

It is actually across all three categories right now. We are doing as many device installations in commercial as well as non-commercial vehicles. We can’t share exact numbers right now, but we are doing more than 10,000 units annually, which is set to grow going forward.

You cannot ignore any single segment as even though PV sales are almost triple those of CVs, almost 100 percent of CVs are our target audience. So while the PV segment provides a larger pool to choose from, CV clients are easier to convert right now.

How is the advancement in technology helping in evolving the telematics industry?

When we started back in 2009, terms such as telematics and Internet of Things were not even known, but the product has remained pretty much the same at the core. By pure definition of IoT, you have a device which is connected to the internet and is transmitting data. Our device was doing that then and is doing it even now. However, because of the cloud now, we are doing much more thanks to the stability and robustness of the platform.

Going ahead, we see a huge opportunity in the retail space, and additionally some scope in non-automotive applications too under the IoT and tracking umbrella. 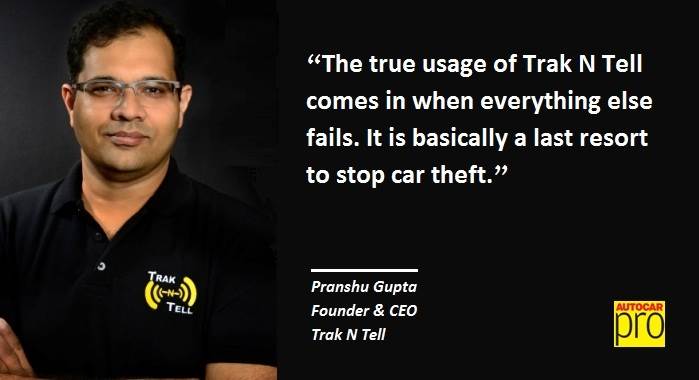 How is Trak N Tell different from the host of other such products for car security?

A lot of people use the device to safeguard their cars. You have got all sorts of other anti-theft devices, and this is also among them. However, when things such as steering lock, gear lock are defeated and the car is on the road, our device kicks in and sends real-time alerts, helps in geo-fencing and can allow remote engine immobilisation from your phone. The true usage of Trak N Tell comes in when everything else fails. It is basically a last resort to stop car theft.

Every other week we get cases, where a car fitted with our device, was stolen and could be recovered as the engine was immobilised remotely.

Apart from just vehicle safety, we are also developing a device for occupant safety. Other than regular features such as geo-fencing and real-time alerts, we will be incorporating more features such as occupant location and tracking.

What is the launch timeline for the upcoming product?

It will likely come into the market by mid-2017. The current-generation Intelli-7  has been in the market for close to a year now.

- Suppliers bullish on demand for 2-wheeler security systems in India

- Car hacking: How cyber security is stepping up