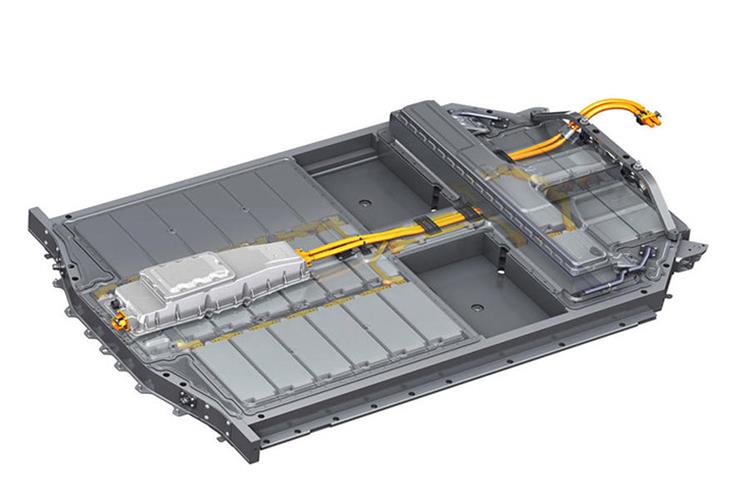 With the arrival of 800V, 350kW ultra-rapid chargers in Europe, what else is needed to reduce the time spent at charging points during those longer journeys? One of the biggest challenges facing EV developers is effectively managing the heat generated by a battery pack during charging.

Lithium-ion battery packs that power EVs are constructed from the same small building blocks, the cells, used in domestic products. A single, bog-standard lithium ion cell is pretty small, producing in the region of 3.6V and having an electrical capacity of maybe 3.4Ah (Ampere hours). To increase the voltage to 400 or 800 for an EV, hundreds of cells are connected in groups (parallel series connections) that multiply both the voltage and the capacity.

What matters to the EV driver, though, is the C-rate of the battery, which describes the rate at which it can be charged and discharged relative to its capacity. The higher the C-rate at which a battery can be charged, the less time this will take, but one of the major limitations is the heat generated by internal resistance as charging takes place. Charge a phone or power tool battery and it becomes hot to the touch. Charge an EV battery made up of hundreds or even thousands of separate cells in multiple modules and a huge amount of heat is generated, which can be hard to get rid of.

To deal with that, lithium-ion EV battery packs are liquid-cooled with either water or water and glycol. The fluid is then cooled by a heat-exchanger or refrigerated but, either way, the heat energy can be used for another job, such as heating the car’s interior.

An example is the battery pack of the Audi E-tron, in which coolant is pumped through channels in extruded aluminium cold plates. The individual cells are mounted on a gel that conducts heat from them into the cold plates and then to the coolant. This is just one method, though; there are others. Tesla’s, for example, consists of cooling tubes interleaved between the cylindrical cells in the battery pack.

In general, cells produce around three times more heat when charging than when driving, and the faster the charging, the greater the amount of heat generated. Indirect cooling has its limitations, because heat is removed from the cells only at the points of contact with the cooling system’s plates or tubes. However, a collaborative project involving M&I Materials, WMG and Ricardo hopes to improve on that. Initiated in July 2019 under the UK government’s Faraday Battery Challenge, the project, called I-CoBat, is scheduled to finish in November 2020.

The project aims to develop a new immersive cooling method whereby the cells and connectors are literally immersed in a fluid that’s biodegradable and dielectric (meaning it doesn’t conduct electricity), developed by M&I Materials, called Mivolt. Because the fluid is in contact with the whole cell surface, it’s hoped that immersive cooling will reduce EV charging times by allowing significantly higher C-rates, increase range and slow the ageing process through more accurate thermal management of the battery pack.

Make sure to tow the line 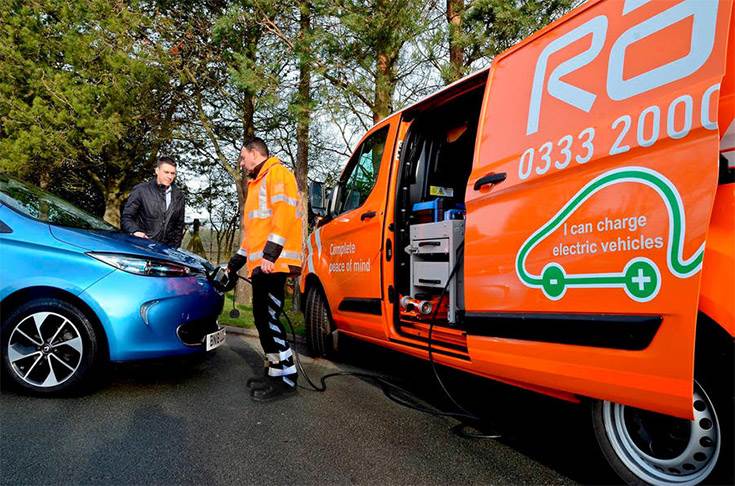 Can an electric car be towed if it breaks down or runs out of juice? Well, the Renault Zoe can be if its battery is flat but not for any other fault. It’s a no for the Nissan Leaf, which has an electronic brake so must use a flatbed truck. And Jaguar says the I-Pace can be towed but only slowly and not far. The answer, then, is check the handbook carefully, because all EVs are different.