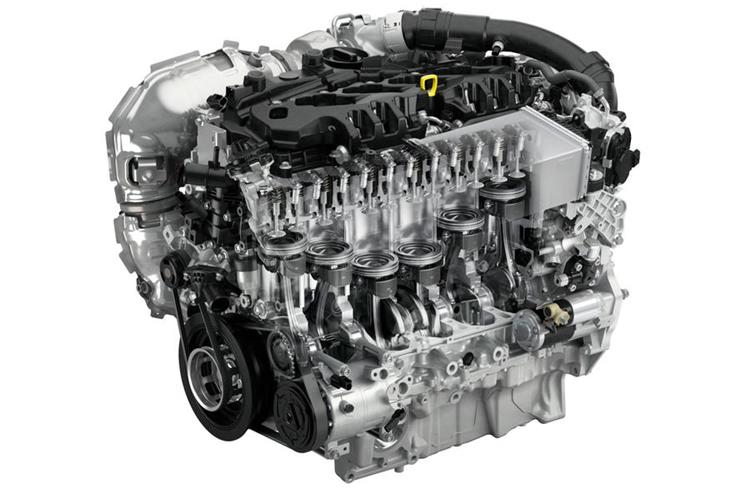 Given the fuss over diesel engines in the past few years and the inevitable public conclusion that the fuel itself is a problem, rather than the way it is used, it’s a wonder that manufacturers are still developing them. They are, though, and Mazda’s announcement of the e-Skyactiv D, a new electrically assisted 3.3-litre straight six for its CX-60 SUV, is the latest example.

Diesel engines still have a natural advantage in terms of fuel consumption, because they have a higher compression ratio to ignite the fuel, rather than using a spark, and that equals superior thermal effi ciency. On that score, Mazda has pushed the boat out further still with an advanced technology that it has named Distribution-Controlled Partially Premixed Compression Ignition (DCPCI).

Although it’s giving little away on exactly how DCPCI works, it has revealed that each combustion chamber actually consists of two egg-shaped combustion chambers to improve air and fuel mixing. Generally, though, partially premixed compression ignition (PPCI) isn’t a new idea, having been the subject of research for years globally.

PPCI is a form of low-temperature combustion (LTC) somewhere between usual diesel ignition, in which fuel and air aren’t evenly mixed through the cylinder, and homogeneous charge compression ignition (HCCI), in which they are.

The advantage of LTC is that it’s good at reducing NOx and particulate emissions at the same time (something that’s not so easy to do in a combustion engine) and improve fuel economy as well. So then it’s just a question of which one to opt for.

Compared with HCCI, PPCI makes ignition timing easier to control, mixes fuel and air well and, when used the right way with exhaust gas recirculation (EGR), keeps temperatures down. That cuts NOx and ups efficiency, which, together with improving fuel economy, is the name of the game.

Improving fuel economy goes hand in hand with converting more of the heat produced from burning fuel into mechanical work, rather than losing it to the atmosphere (thermal efficiency).

Mazda claims the e-Skyactiv D is one of the cleanest diesels out there and has more than 40% thermal efficiency, so it scores on all fronts.

Although we don’t yet know specifically how Mazda arrived at its new engine’s design, research often includes the use of optical single-cylinder research engines (like the Ricardo Hydra 1, which makes it possible to scrutinise the behaviour of the fuel-air mixture and the combustion using specialised photography and lasers).

Will engines like the new e-Skyactiv D be able to reverse the damage to diesel’s reputation after the scandals of the past few years? It’s a steep hill to climb. But it’s worth remembering that diesel engines are prime candidates for synthetic fuels and biofuels and PPCI designs would still yield the same advantages using them.

In the meantime, they should help ease the burden on drivers’ pockets in the light of the current fuel prices fiasco, as well as ticking all the boxes on reducing emissions.