Tech talk: Mahle's F1-inspired jet ignition engine that is suitable even for hybrids

The German firm's innovative combustion system ignites charge as a whole rather than just near the spark plug, producing a faster burn and more power 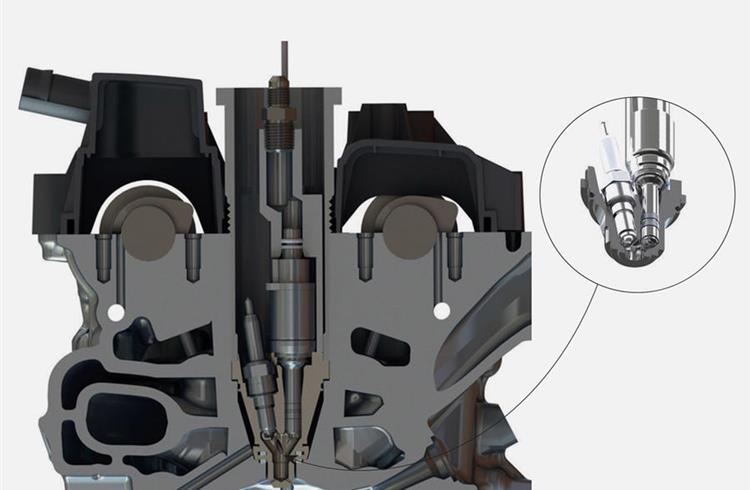 Mahle, the German company behind many combustion-engine design innovations over the past 100 years, has developed a combustion system called Mahle Jet Ignition (MJI). It’s already in use in the engines of a major Formula 1 team and will also form part of a new modular hybrid powertrain that should make the production of petrol-electric hybrids much easier.

MJI works like this. In a traditional petrol engine, fuel is injected into the inlet ports along with the incoming air (port injection) or directly into the combustion chamber (direct injection). MJI comes in two types: active and passive. The first incorporates both types of injection. The port injector works in the normal way, but tips of both the direct injector and the spark plug are positioned in a tiny pre-chamber immediately above the main combustion chamber.

When the induction cycle happens, the port injector sends 95 percent of the fuel into the inlet port, which rushes into the main combustion chamber and is then compressed by the piston as normal. As that happens, the remaining 5 percent is injected into the pre-chamber and ignited by the spark. As it ignites, jets of hot partially combusted fuel and air are forced through tiny holes in the bottom of the pre-chamber, igniting the main charge as a whole rather than at one point near the spark plug. The burn is faster and more even, with quicker pressure build-up to generate power more quickly. The whole process is homogeneous (evenly mixed fuel and air) and can run ultra lean (much higher quantity of air compared with fuel) when less power is needed.

The latest, ‘passive’ version (used in F1) does away with the direct injector, with only a spark plug in the pre-chamber. It’s not a new idea – Honda developed the Compound Vortex Controlled Combustion pre-chamber for its first-generation Civic in the early 1970s, but the execution of it was more complicated than that of Mahle’s passive MJI. As the fuel and air mixture is ingested through the inlet ports into the combustion chamber and compressed, a small quantity of the main charge is pushed through the pre-chamber nozzles into the pre-chamber. There, it’s ignited by the spark plug and high-pressure jets of burning fuel and air are forced back through the nozzles into the main charge, igniting it as before.

Higher compression ratios than normal can be used before detonation (pinking) becomes a threat and that further improves fuel efficiency. Exhaust gas recirculation and cool air during lean burn lower combustion temperatures and, significantly, NOx by 99 percent in the ultra-lean area of the engine’s range. Levels of hydrocarbon emissions are equivalent to those produced by a normal port-injection petrol engine and particulate levels are somewhere in between that of port and direct injection.

Both versions of MJI can be applied to virtually any petrol engine and can work across the full operating range of the engine. With that in mind, Mahle is in advanced talks with a number of car manufacturers, so watch this space. 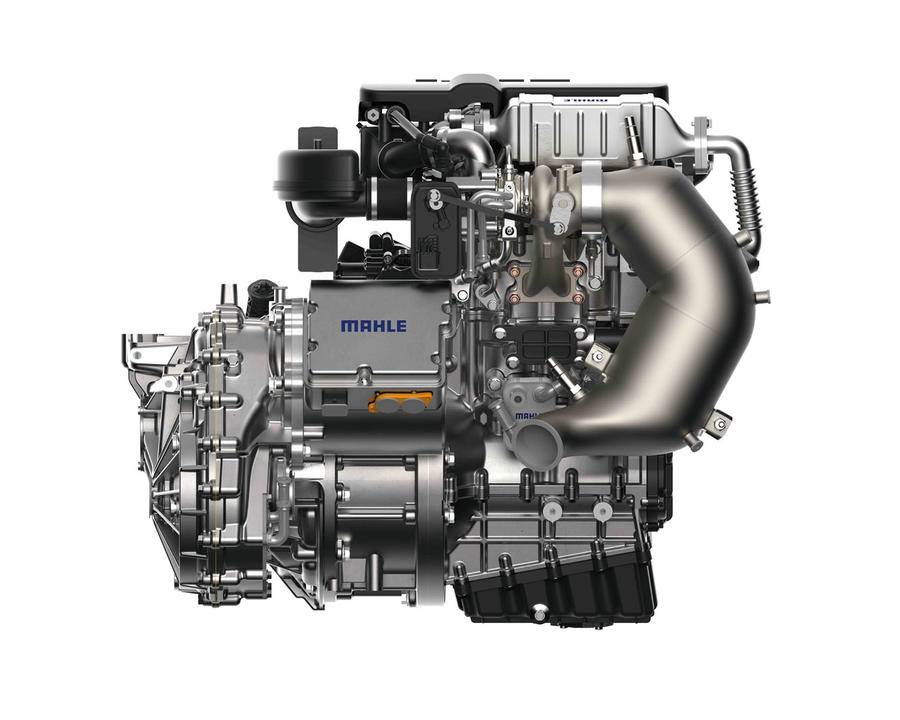 Mahle has also announced a modular hybrid powertrain (MHP) that uses ‘passive’ Mahle Jet Ignition in its petrol engine and should provide a virtually turn-key powertrain solution for vehicle manufacturers. It can be configured with a two- or three-cylinder turbocharged engine and one-, two- or four-speed transmission. Because of that, the MHP can be scaled to suit anything from a B-segment car to a larger J-segment SUV.