Tech talk: How touch screens bring the future at our fingertips 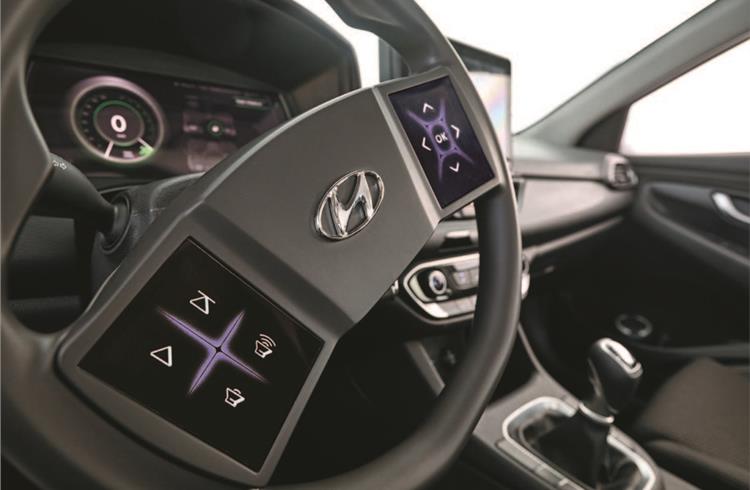 Screens evolved in cars as a means of simplifying the way in which drivers could interact with increasingly complicated, button-cluttered dashboards – but, in the end, may have turned out to be a massive own goal.

With the introduction of touchscreens, the problem has got worse, not better, because drivers have no chance of knowing what they’re prodding, swiping or sliding without actually looking at it.

The answer may lie in haptic screens, which give a physical, tactile response you can feel when using a soft (virtual) button or slider. That staccato bumping when ABS is activated is probably one of the earliest forms of haptic response in-car controls and, more recently, vibrating steering wheels as part of lane departure or blindspot warning driver assistance systems. However, both are fairly crude examples of what is now becoming a precise science.

Haptic screens have actuators embedded in them containing crystals that expand when connected to an electric current due to the ‘piezo’ effect. The current is triggered by the capacitive screen when a soft button or rocker switch is pressed and the actuator expands so you feel a click through the screen. It’s also possible to define a ridge separating one button from another using the same concept. A driver can feel the control has been activated, making it much easier to resist taking eyes off the road for a sneak peak, during which time the car could have travelled 40 metres at motorway speeds.

Hyundai has recently been showing off research it’s been doing since 2015, trying new ideas out on customers using driving simulators and test vehicles fitted with prototype centre screens and instrument binnacles. Haptic screen replacements are also being developed for steering wheel switchgear after early research revealed that customers didn’t actually know what some steering wheel buttons were for.

Research engineers found introducing audio and haptic feedback together made a big difference following a trial in a driving simulator where customers tried haptic buttons in 10 typical real-world situations. You can also choose which configuration of buttons or functions you prefer on the button pads, something that can’t be done with hard buttons.

The latest haptic screen technology makes it possible to identify which button is which before it’s pressed, without even touching the screen. Called ultrahaptics, the tech was originally conceived by students at the University of Bristol and lends its name to a company that is developing it commercially in conjunction with Harman and others. Using ultrasound, an ultrahaptic screen makes it possible to ‘feel’ an on-screen switch or button through a sensation in the fingertip while it is still in mid-air.

Beyond screens, ultrahaptics can also be used to give haptic feedback to gesture controls and make it possible to feel 3D holographic images in the same way. For manufacturers struggling to simplify the growing levels of gadget clutter drivers are dealing with, the solution could literally be at their fingertips. 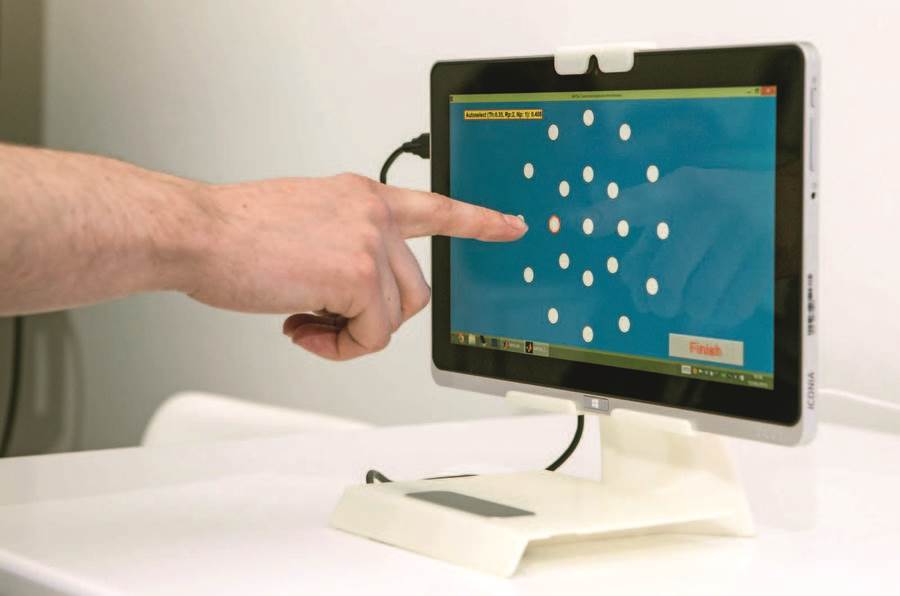 Jaguar Land Rover has experimented with an infotainment screen that tracks the position of the hand using cameras and predicts which button is about to be pressed. In conjunction with ultrahaptics to produce a tap or a tingling sensation in a fingertip hovering over the screen, trials showed a 22 percent increase in the speed of selecting the right button.