This engine technology combines the benefits of a naturally aspirated engine with those of turbocharging. 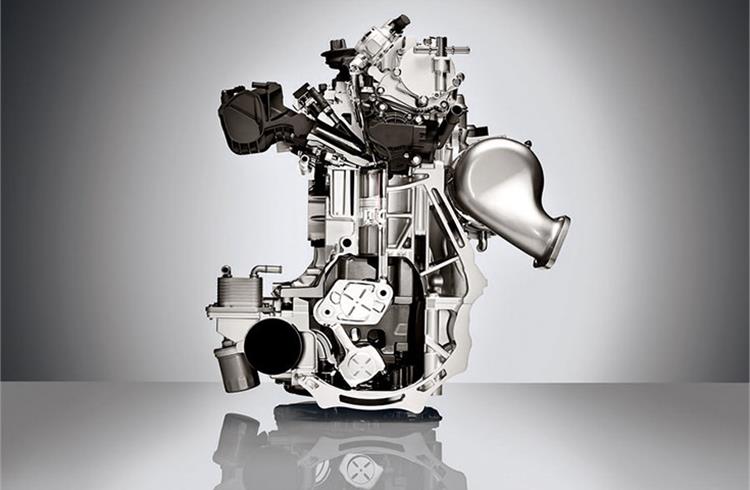 Engineers have been trying to perfect variable-compression engines for almost as long as engines have existed. So far, though, only Nissan has succeeded in bringing one to production. Its Variable Compression Turbo (VC-T) technology does what so many have failed to do: alter the compression ratio of the engine while it’s running.

The higher the pressure in this chamber, the more efficient the combustion and the more power is made. There’s a caveat to this, though: create too much pressure and rather than burning evenly (desirable), the fuel-air mixture will detonate (undesirable and potentially engine-busting).

Detonation can be avoided by increasing the octane rating of the petrol to make it burn slower or retarding the ignition so that the fuel burns as the piston is already heading downwards on the power stroke, reducing the pressure in the cylinder. This can be done on the fly using knock sensors to detect the onset of detonation, but that reduces efficiency and power.

Many wacky ways of doing this have been tried. Saab’s late engine genius Per Gillbrand sawed an engine block in half horizontally, hinged the top half along one side and sealed the gap with bellows, like on an accordion. By rocking the top half of the block using electronics and a cam, the combustion chamber in the top of the block moved up and down in relation to the crankshaft and pistons. It worked, but it probably wasn’t that practical.

Another example was a two-stroke engine designed by Lotus Engineering. Named the Omnivore, it could adapt itself to different fuels by altering its compression ratio. A small, piston-like puck in the cylinder head moved in and out to create a larger or smaller combustion chamber volume.

Neither made production, but Nissan’s VC-T has in the Mk6 Altima and Infiniti QX50. Each piston’s connecting rod joins to the crankshaft via an articulating joint, and manipulating that joint with a set of links moves the throw of the pistons up or down. Up increases the compression ratio to 14:1 for better efficiency at low turbo boost; down decreases it to as little as 8:1, allowing higher boost for more power. It’s a little complicated but devilishly clever.