Coimbatore-based Suba Plastics, which manufactures plastic mouldings, diversifies into other industries to de-risk itself from a further downturn in the automotive industry. 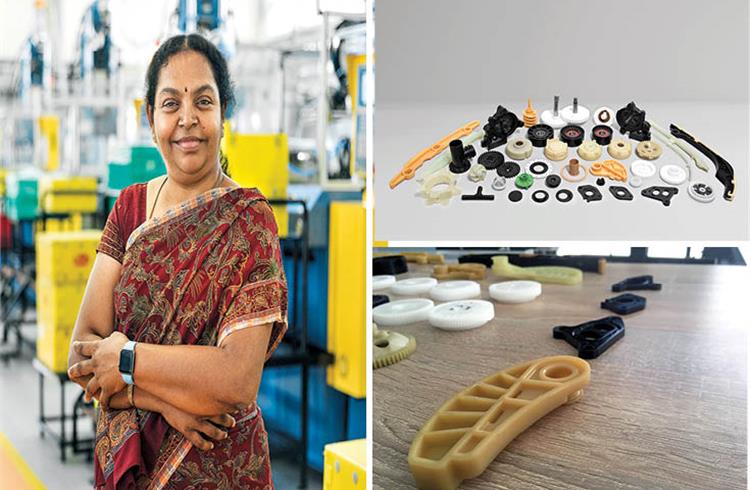 On December 10, SIAM released November 2021’s wholesales numbers for India Auto Inc and the news is not good. There is a sea of red across vehicle segments and there is a decline both year-on-year as well as month-on-month. Despite November being a festive month, the passenger vehicle sector is down 19 percent and two-wheelers by 34 percent year on year, both key drivers of the automotive supply chain.

In the component industry, while Tier 1 suppliers, being more resilient in terms of monetary strength as well as varied portfolio and volumes, are less impacted, the brunt of the vehicle sales downturn is often borne by Tier 2 suppliers. But this time Tier 1s too are hit. Case in point is the Coimbatore-based Suba Plastics.

Speaking to Autocar Professional, Suba Plastics’ Managing Director, Geetha Baskaran says that she had expected normalcy after the second lockdown but the massive semiconductor chip shortage proved to be a spoilsport. “We are affected by it,” she says.

The Tier 1 supplier, which has over 35 years of experience in plastic moulding technology and moulds gears ranging from module 0.7-3mm and outer diameter 5mm-150 mm with profile accuracy of DIN Class 10-12, was gearing up for better times from January 2022. But the advent of Omicron seems to have delayed that too. Baskaran admits “it would be a tough situation if there is a third wave. It is tough to know whether the industry can survive another wave or so. Nobody knows what will be the impact in the industry due to the new variant. We are not sure how things are going to pan out. Also, the automotive market is down now. This had its effect on us as there is a 25-30 percent drop in sales. People say that it will be better next year but we have to wait and watch,” states Baskaran.

Shifting gear in VUCA times
Given the overall difficult times in automotive, Suba Plastics, which caters to a number of leading OEMs including TVS Motor Co and Tier 1 suppliers like Bosch and Valeo, has diversified into other industries to stay relevant. “We are diversifying into various areas like healthcare and energy. We want to bring down our dependency on the automotive industry, which is around 70 percent of what we do. Going forward, we would not be decreasing it but we will increase its importance to the rest of the segments. We need to do this as a part of a de-risking strategy. If one industry is down, the rest will help us,” she said.

This year, Suba Plastics clocked revenue of around Rs 25-27 crore, nearly 20-30 percent less than what it had targeted and much less than tan the Rs 40 crore is recorded a year before. “We were hoping that we could do better than last year. At least 10 percent growth was what we had expected but the situation is different now,” says Baskaran. 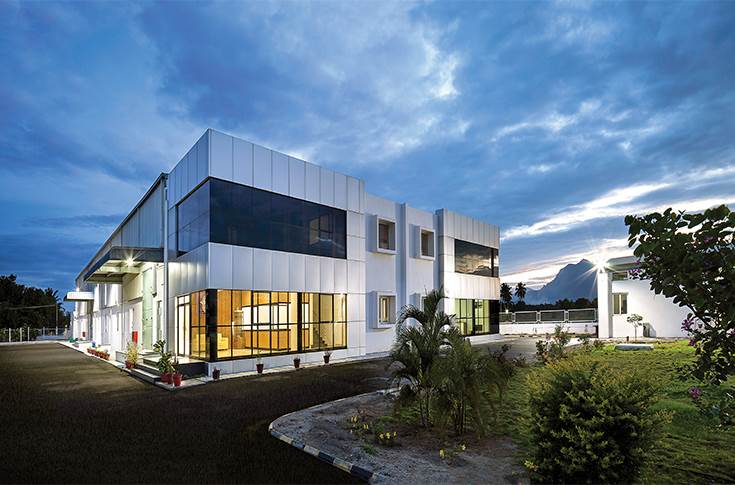 She points out that government support is there to manage the financial stress suppliers are facing. Now the Coimbatore-based company is also getting ready to supply products for electric vehicle infrastructure. “New businesses are coming to India. It all depends on the company to go and grab it.”

Meanwhile, she confirms that Suba Plastics’ entire workforce has been vaccinated against Covid-19 and the company has been stringently maintaining the same safety measures since the first wave. There were labour availability issues during the first wave albeit the on-ground situation is much better now, which means all three shifts are running smoothly.

Availability of raw materials, an issue earlier, is “way better” than it was before. “We cannot get it as and when we want. We have to pre-book for our requirements. The demand for nylon has drastically reduced. Also, for specific polymers we have to book three months in advance. Some of the imported materials and certain locally manufactured items are available in a week or so. Now, we are able to plan the next month's requirements by the end of the month before. This is more or less fine at this time,” says Baskaran.

What she is also in concurrence with is that raw material and commodity prices have increased substantially in recent times. Suba Plastics is among the many suppliers which have been compelled to raise prices of their products. Therefore, it is not surprising that a number of vehicle manufacturers have already increased prices or plan to do so from January 2022. What’s more, she says, orders for even Tier 1 suppliers have reduced. “It is not as expected,” she claims. “It is a fluctuating market now,” points out Baskaran.

“Raw material prices have had a 100 percent hike. Most of the items including plastics and steel cost more than double of what it was earlier. We have also had to hike prices, based on the price revision. We are not able to procure materials at a lower price. OEMs are co-operating and they are paying the cost. They need the material and give us a commitment to go ahead with purchases. This is the situation now,” says Baskaran, on a concluding note.