The story behind the UK’s first ‘Eco-Expressway’

Nottingham will soon have UK's first ‘Eco-Expressway’. But what does the £6.1 million (Rs 51 crore) scheme mean for operators, and how will it benefit both bus companies and passengers? 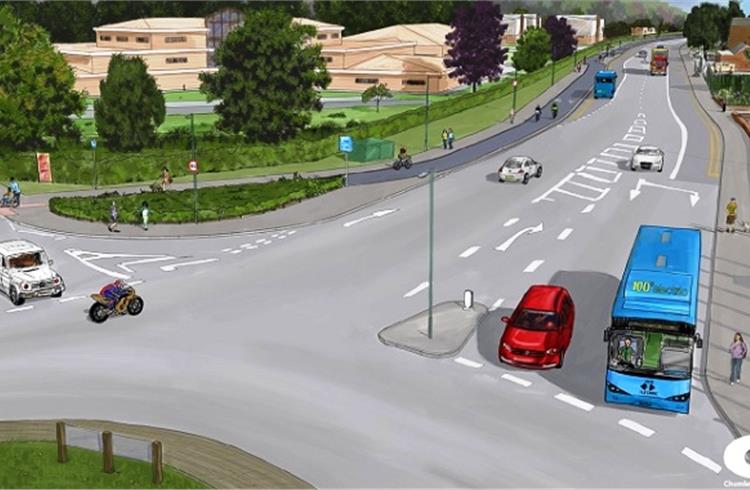 The city of Nottingham is about to become the first in the UK to have its own ‘Eco-Expressway’, which aims to significantly improve public transport connections into and out of the central area, as well as reduce the temptation for people to use their cars in congested areas.

But what does the £6.1 million (Rs 51 crore) scheme mean for operators, and how will it benefit both bus companies and passengers?

According to the official documents, the Eco-Expressway is a scheme to promote sustainable travel along an east-west corridor serving new and proposed employment and residential sites across the city of Nottingham. It will offer sustainable transport options and support new development growth sites with improvements to bus services, new cycle facilities and the promotion of the use of Ultra Low Emission Vehicles (ULEVS).

The Expressway will feature an electric bus route that will run on a high capacity, high frequency bus corridor running between to and from the city centre and six miles out of town to the suburb of Colwick, funded by the Derbyshire and Nottinghamshire Local Enterprise Partnership. This will build on the city’s already bustling tram network and existing 45-strong fleet of electric buses, the most recent batch of which were inaugurated last week. 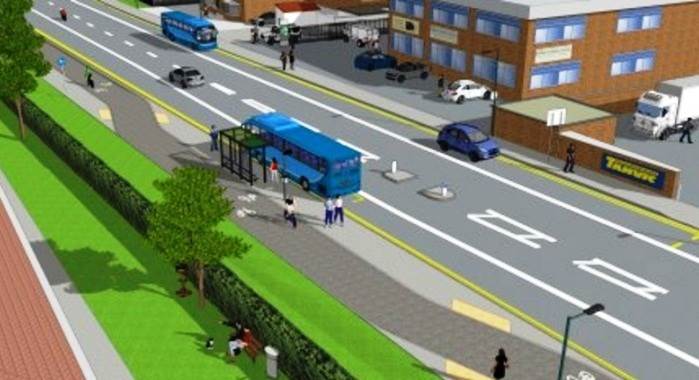 As well as electric bus fleet, EVs including vans and cars will be allowed to use the 19-metre wide route.

“We put in an application to operate buses from Park and Ride sites on the city outskirts, and these vehicles will run around the City Centre, passing through Nottingham’s Low Emission Zone (LEZ). At the same time as applying for the new bus routes, we took the opportunity to bolt on bus shelters and information centres at the bus stops, because we wanted the opportunity to change the route and the way in which vehicles run on it,” said Horn.

According to Horn, the Eco-Expressway aims to reduce emissions by up to 200 tonnes of CO2 and 27kg of NOx over a year, largely thanks to the adoption of electric buses that will run along the route.

The corridor will be 19.2 metres wide, and will see foot passengers, cyclists, EVs and buses all sharing the same space. The width of the Eco Expressway ensures that all those using it have ample room to stay safe and reduces the risk of accidents.

There are three phases of the project, which could, in the future, be used as a blueprint for similar schemes to be created up and down the country. Construction of the first phase is already underway (it began in October 2016) and when opened, will see about half of the total six miles created specifically as priority bus lanes.

“New bus stops will be provided on Daleside Road near the Racecourse Park and Ride, with a connecting pedestrian link to the car park site. These stops will serve the Racecourse Park and Ride site and buses will no longer lose time driving into and out of the site. Overall it is hoped that bus journey times along the corridor will reduce by up to three minutes and reliability will be vastly improved,” explained Horn.

The second phase will consist of developing a new bus lane on Vale Road, which currently isn’t open to ULEVs. The third and final phase in the development will include physical measures to the west of the City including proposed extensions to bus lanes along Queens Drive and Thane Road and new routing options for the Eastern Section including a proposal to run buses through the Island development site. 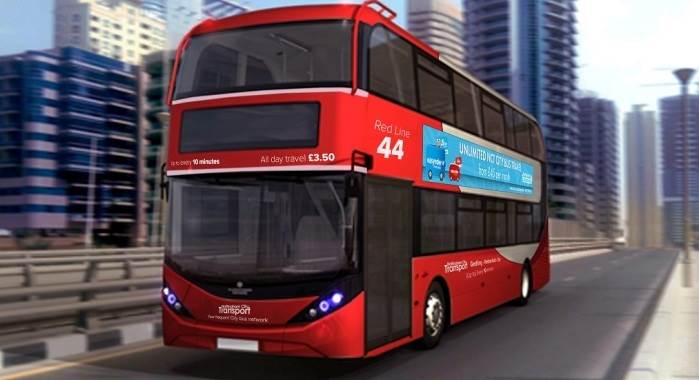 Dedicated electric buses will be specially built for the expressway.

In addition to the electric buses, Horn says that gas-powered buses, ensuring vehicles with the lowest emissions are used. The two vehicles to initially be used on the route will be BYD 12m single deck buses. Each vehicle has two battery packs, which enable a full service operation under one charge. Overnight charging at reduced electricity rates takes less than five hours, ensuring the operational costs can be kept as low as possible.

Whereas there is currently a free bus service that caters to part of the route, the proposal will mean easier access for a greater number of residents and a more user-friendly bus service is provided. Services will start from the Victoria Retail Park at 6am and run at regular intervals – generally as often as every 10 minutes – until after 7:30pm. The park and ride area has been expanded to accommodate up to 1,000 vehicles and a purpose-built electric charging depot is planned at the terminus.

As the use of electric buses becomes more widespread – and the infrastructure to service and support them continues to grow – it is likely that more shared spaces such as the example seen in Nottingham will appear.

Councillor Nick McDonald, portfolio holder for Growth and Transport at Nottingham City Council, is certainly very keen on the idea. “The Eco Expressway is an exciting new development that grows our commitment to low-emission transport further,” he said. “It will provide quicker and cleaner travel and help to improve the city’s air quality. The new all-electric buses are an exciting step forward towards sustainable transport in the city.”

As an added incentive for local residents and business to invest in cleaner vehicles, electric cars, taxis and vans will have privileges that will allow them to use the bus lane along the route.  The concession to allow EVs to run alongside passenger transport will potentially benefit centrally-based businesses, as EV deliveries will be much quicker and more efficient than driving into the city in a diesel-powered van.

Vehicles on the Expressway will all be monitored with the use of Automatic Number Plate Recognition systems (ANPR), ensuring that any vehicles that aren’t complaint with the emissions requirements are highlighted and controlled.

Other urban areas across Britain will be watching Nottingham’s progress carefully, as the Eco-Expressway is a model that could well be rolled out nationwide as the UK’s EV infrastructure continues to grow and vehicle technology advances.