Skoda Kushaq gets most things right in a compact footprint

Skoda’s petrol-only midsize SUV clicks the right boxes when it comes to performance, driving dynamics and safety but the pricing could have been better. We drive the 1.0-litre TSI version. 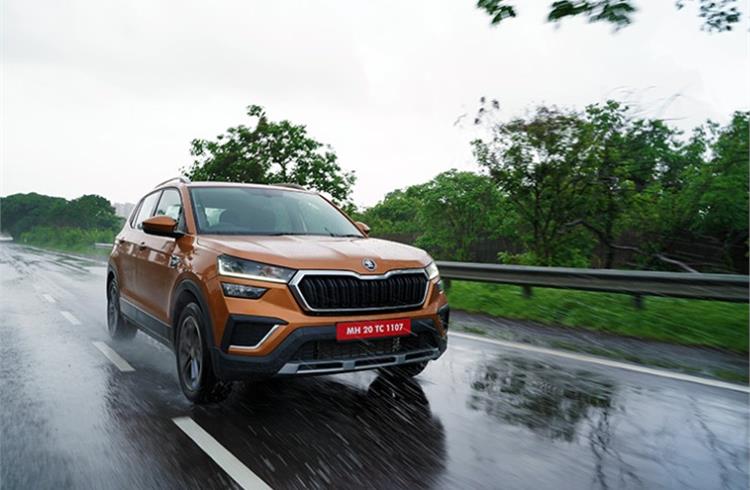 With multiple powertrains and a mature ride-and-handling balance, Kushaq will appeal to keen drivers. 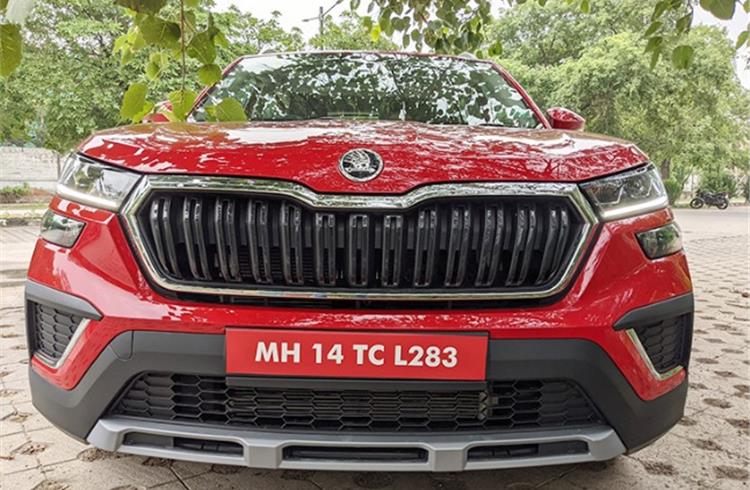 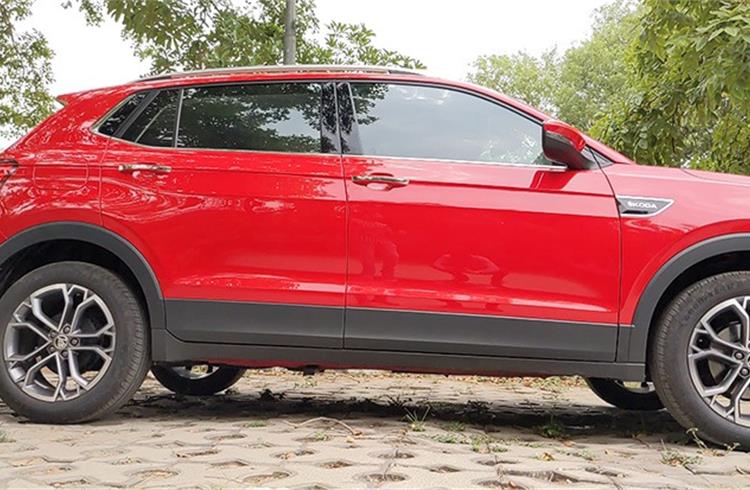 188mm of ground clearance sufficient but not best in the segment. 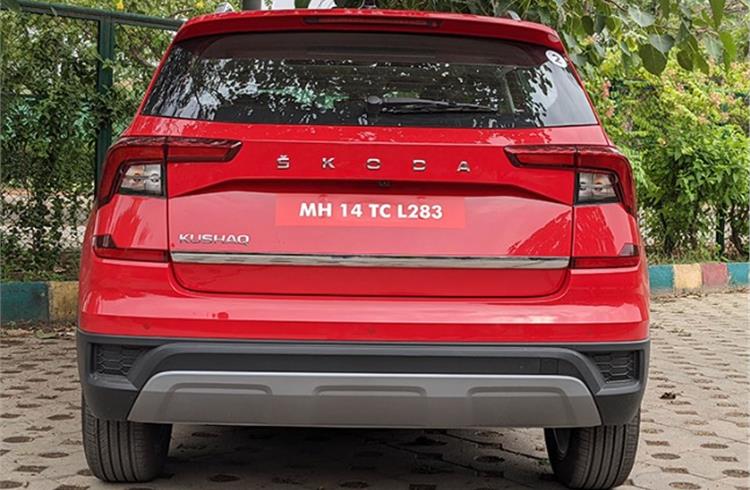 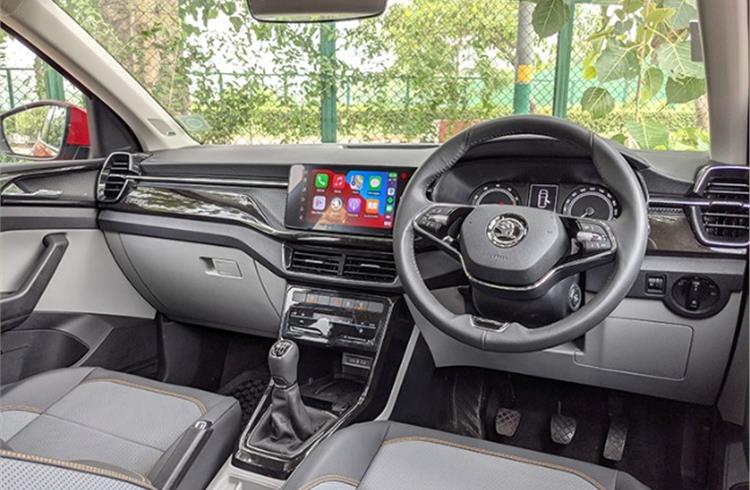 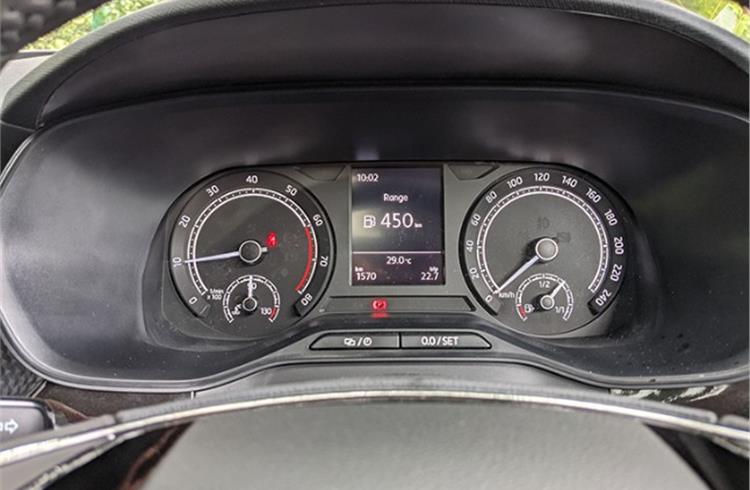 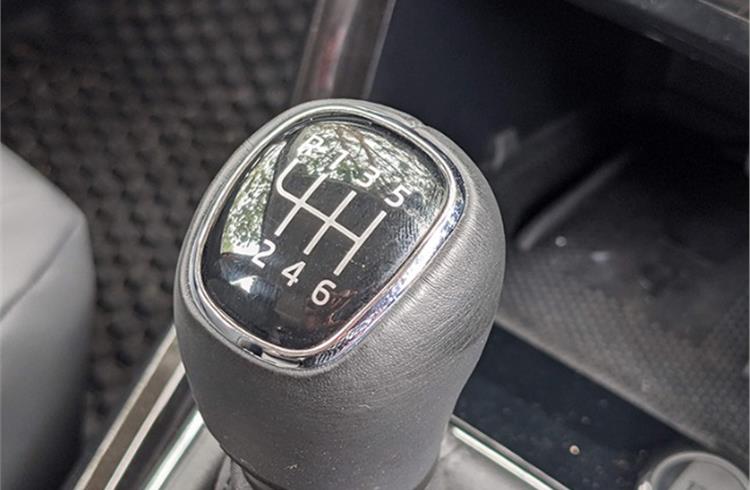 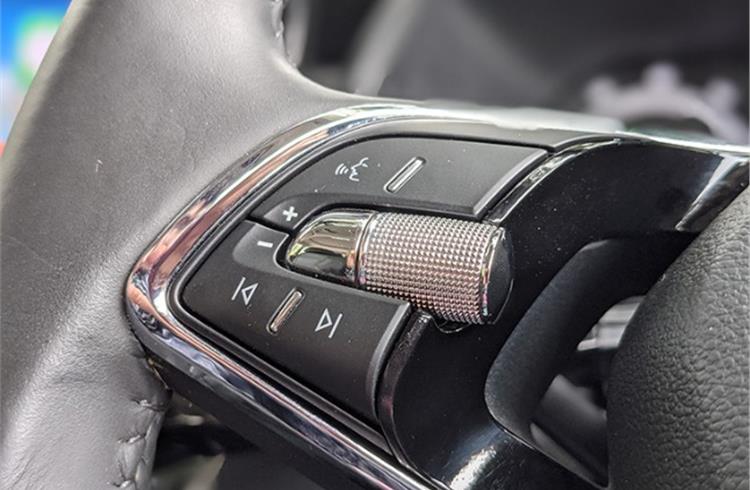 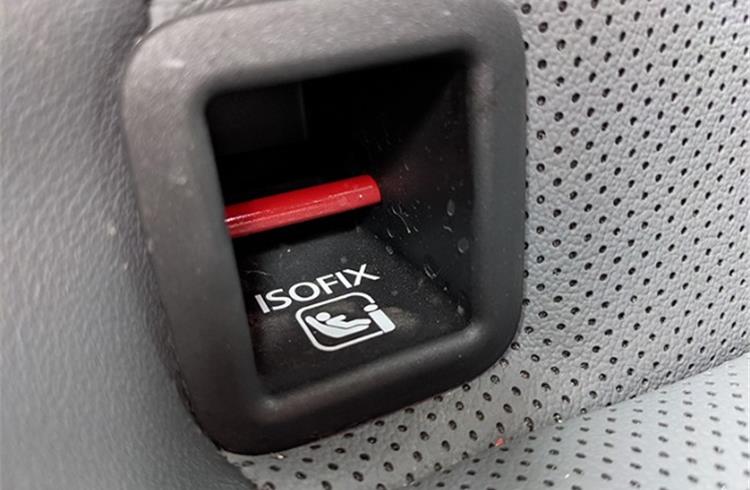 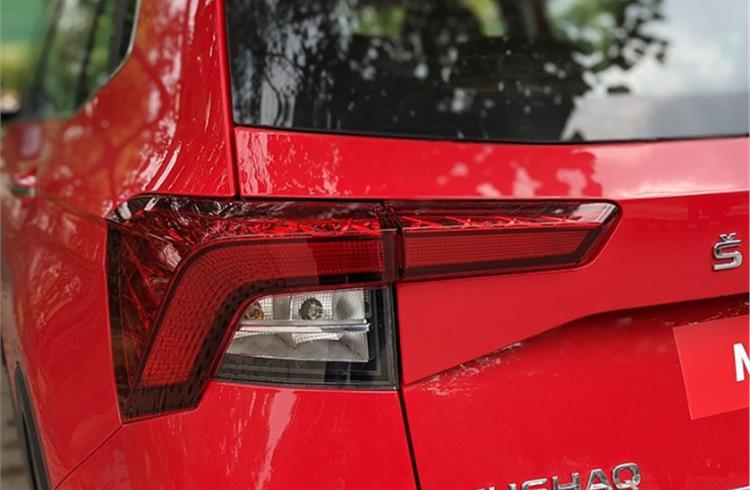 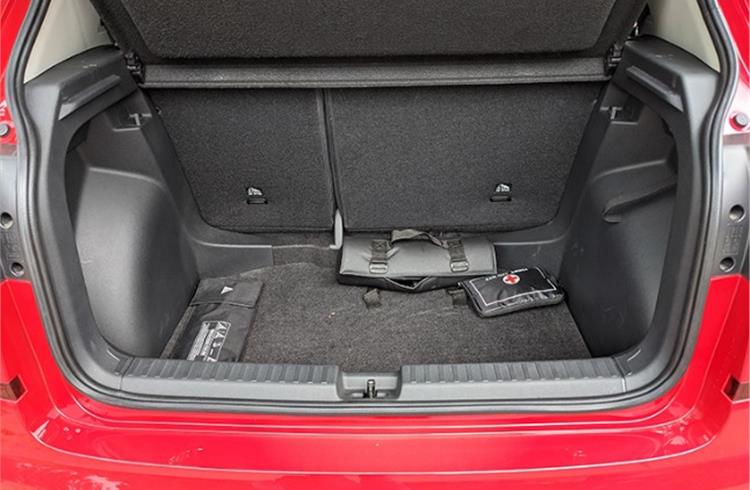 385-litre boot not best in segment but offers low loading lip for ease of use. Skoda moniker on the front fenders a unique element to exterior design. 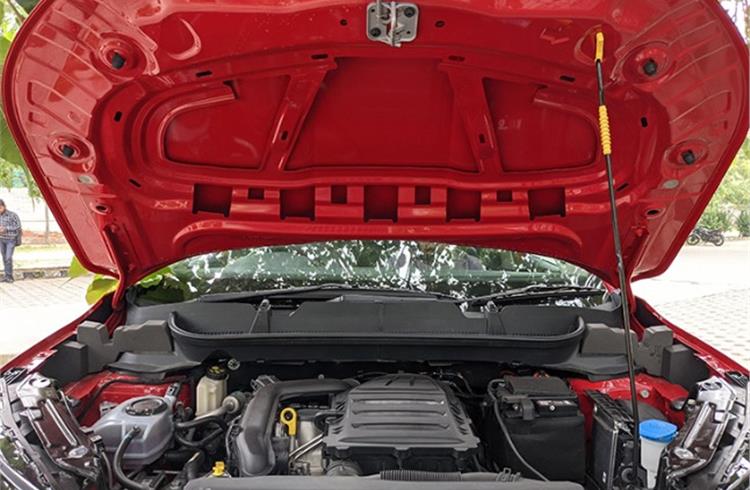 The booming SUV market in India has just expanded with the launch of the all-new Skoda Kushaq. On June 28, Skoda Auto India launched the first product from Volkswagen Group’s India 2.0 project, priced between Rs 10.49 lakh for the base 1.0 TSI Active variant and Rs 17.59 lakh (ex-showroom) for the top-spec 1.5 TSI AT Style variant.

The Kusahq, Skoda’s first SUV based on the localised MQB A0 IN platform, was first revealed at the Auto Expo 2020 as the Skoda Vision IN Concept. It has a longer wheelbase compared to its competitors, which helps deliver generous space and comfort and convenience for the vehicle’s occupants.

While the company claims over 95 percent gross localisation on VW’s MQB-A0-IN platform-based Kushaq, the pricing is clearly inclined towards higher profitability at the cost of volumes, and the remaining 5 percent, is left on account of the fully-imported 1.5-litre TSI unit, which is still under the homologation phase and is expected to reach customers by end-July.

In the round of media drives, we undertook a first drive of the Kushaq 1.0-litre TSI in its six-speed manual transmission form, which is one among the other three trim options – 1.0 with 6AT, 1.5 with 6MT and 1.5 with 7DSG – available in the crossover.

Familiar design
In terms of design, the Kushaq bears resemblance to other Skodas with its familiar face, lent by the large Skoda grille with chrome surround and flanked by wraparound LED headlights with integrated DRLs in the higher Ambition and Style variants. While these are sourced from Valeo, the base Active variant, on the other hand, gets conventional halogen lamps as standard offering.

The foglamps are mounted high on the front bumper which also gets a faux skid plate at its base. Towards the side, 17-inch alloy wheels are the main highlight that are shod with 205-section rubber. However, the ground clearance of the Kushaq stands at 188mm which, along with its overall height, looks visibly less imposing than the rest of its key competitors in the segment. A chrome window surround and chrome lining on the door handles are the subtle contrast touches. At the rear, the design becomes rather sportier with a pair of wraparound LED tail-lamps, a chiselled boot panel that houses the Skoda moniker and a two-tone bumper.

The Kushaq welcomes its occupants with noticeable build quality and pleasing styling on the inside too. The two-tone dashboard gets large hexagonal AC vents with a satin-finished embellishment running across the lower half. The centre gets a 10-inch touchscreen infotainment system with wireless Apple CarPlay and Android Auto functionalities. It comes paired to a six-speaker sound system with a subwoofer placed in the boot. The new two-spoke Skoda steering wheel with knurled scrollers also grabs the attention of the driver and co-passengers.

The company, however, has optimised costs by retaining an analogue instrument cluster with digital MID, which is a departure from the latest trend of full-digital instrument clusters. Also, the sunroof is of a small size unlike the panoramic unit in the Creta.

But Skoda has made up for the in-cabin experience by carving out ample space, especially in the backseat, from its 2,651mm wheelbase, 41mm more than the Creta. The front gets ventilated seats and a wireless phone charger as well. Although the boot space stands limited at 385 litres, it is well shaped and the loading lip doesn’t stand too high off the ground.

Engine characteristics
Skoda claims that the 1.0-litre engine in the Kushaq has been recalibrated to offer 5hp more than the Rapid, and also gets hardware changes such as an uprated oil pump. Moreover, the Kushaq 1.5 TSI will come with a segment-first cylinder deactivation technology to enhance fuel efficiency in city by shutting off two cylinders in heavy-traffic conditions.

The 1.0-litre motor throws typical three-cylinder vibrations at idle, which, however, are well damped to filter through inside the cabin. They are noticeable especially under the hood and also are also made prominent by the lack of under-hood insulation.

The engine generates enough power to cleanly move in crawling traffic and it is at 2,100rpm that the turbocharger spools up to offer a shove of torque that lasts until the 4,000rpm mark. The engine is best enjoyed in the midrange and power gradually tapers off towards the top end of the rev band.

On the other hand, the six-speed manual gearbox is slick to operate and offers well-defined gates with a light clutch action.

Ride and handling
The Kushaq impresses in this department with a nice chassis that is capable of offering confidence at high speeds and also provides a near-flat ride quality as the speed increases. The feedback from the steering is confidence inspiring too and it is well balanced in terms of weight at both city and highway speeds.

Top-notch safety
Safety is an area where the Kushaq outshines most of its rivals with a host of active and passive safety systems on board. The company has equipped its crossover with electronic stability control or ESC as standard, and it also comes with other active functions such as traction control system, roll-over protection and a unique multi-collision braking system as well.

Six airbags, brake disc wiping and electronic differential lock are some of the safety embellishments on offer in the Skoda Kushaq.

Overall, while the Kushaq has enough to please the buyer in terms of comfort, equipment as well as driving dynamics, it falls short on the exterior proportions and some high-tech gizmos such as a 360-degree camera and digital instrument cluster, which are increasingly becoming the norm in the segment. The company is taking steps on the ownership front by offering a four-year warranty as standard and also introducing a two-year warranty on spare part replacement. It plans to expand its existing 115 outlets to 150 by the end of 2021.